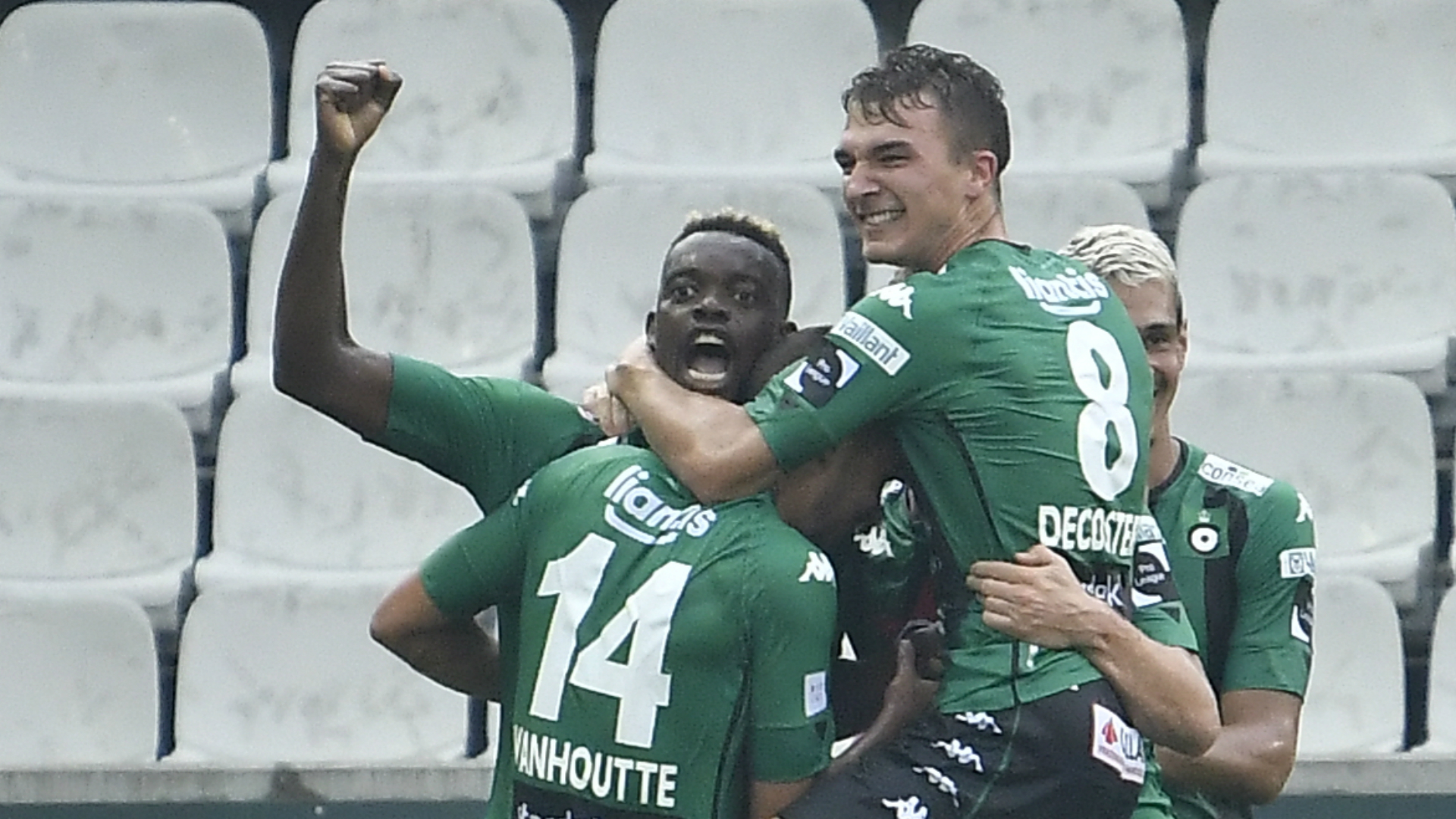 Congo’s Guy Mbenza opened his goal account in the Belgian First Division A with a brace in Cercle Brugge’s 2-1 comeback victory against Royal Antwerp on Sunday.

The 20-year-old produced a scintillating second-half performance by scoring two goals within six minutes to save the hosts from another defeat in their second game of the season.

Mbenza, who made his second appearance in the Belgian top-flight on Sunday, cancelled out Pieter Gerkens’ 32nd-minute opener in the 80th minute and completed the comeback win at the Jan Breydel Stadium six minutes later.

He was in action for 90 minutes alongside Kenya midfielder Johanna Omolo while Mali’s Alem Deuro watched on as an unused substitute.

For Royal Antwerp, DR Congo duo Dieumerci Mbokani and Jonathan Bolingi were in action but the former received a yellow card in the 65th minute as he awaits his first goal in the 2020-21 season after scoring 18 league goals later term.

The Brazzaville-born attacker did not feature for the Belgian outfit until the start of the 2020-21 campaign where he played for 83 minutes in their 1-0 loss to Standard Liege in their league opener last Saturday.

Mbenza has made two appearances for Congo on the international stage, including his debut outing against Senegal in 2017 where he came on as an 87th-minute substitute.

The 20-year-old striker will be hoping to help Paul Clement’s men build on the victory when they visit Mechelen on August 22.