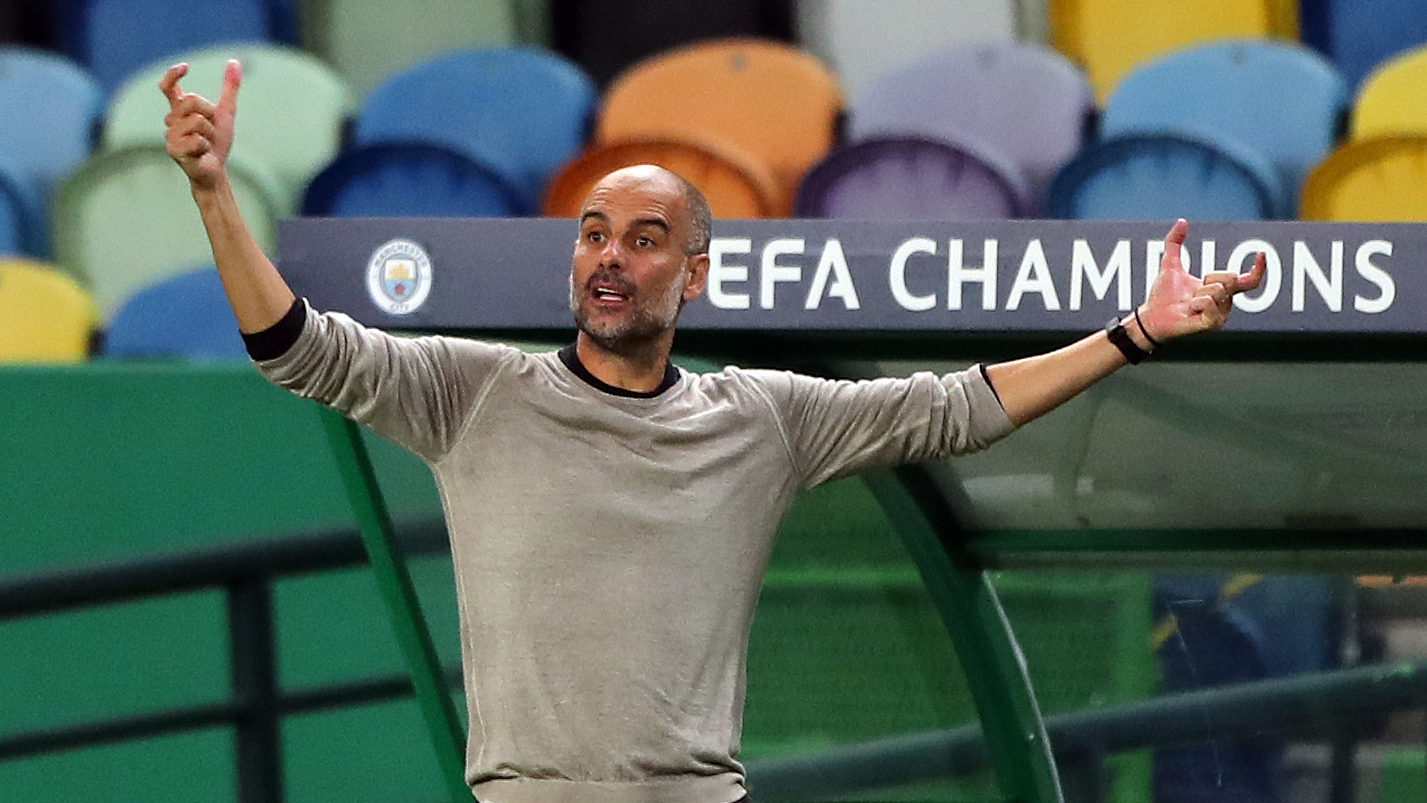 Manchester City manager Pep Guardiola believes the club will break their Champions League curse eventually after the Premier League side were knocked out of the competition at the quarter-final stages for a third straight season.

Despite being strong favourites against Lyon, City struggled to against their French opponents on Saturday, with two late goals from Moussa Dembele ensuring Rudi Garcia’s side triumphed 3-1.

Aside from the UEFA Cup Winners’ Cup in 1970, Manchester City have never won a continental piece of silverware with Guardiola so far unable to break that drought.

While 2020 looked like it could have City’s year in the Champions League, their manager is adamant their bad luck in the competition will end one day.

“It is what it is. One day we will break the gap to the semi-finals,” Guardiola told BT Sport post-match.

“Second-half was okay, we were there, I had the feeling we were better, but you have to be perfect in this competition and we weren’t.

“Sometimes you have to break this [barrier to the semis]. The team over last few years deserves it. Maybe one day we’ll break this gap.

On a possible foul in the build-up to Lyon’s second goal, Guardiola added: “I don’t want to talk about these circumstances. It looks like I’m complaining and finding excuses.

“We did a lot of good things, but it wasn’t enough. We made mistakes in the boxes in key moments. We struggled to find our spaces to attack.”

After Dembele had restored Lyon’s lead, Raheem Sterling missed a golden chance to equalise for City as he somehow scooped the ball over the crossbar with the goal gaping.

Sterling had enjoyed an otherwise good performance for City, setting up Kevin De Bruyne for City’s only goal, but Guardiola conceded he needed to do better when presented with his chance to equalise.

“In this situation you have to equalise to take it to extra time, but then we concede the third and it’s over. We created more chances and more shots,” Guardiola said.

“We are disappointed. We now go on holidays. Then we have to lift the players when they return to the club again.”

While City are once again left to pack their bags after a quarter-final exit, Lyon will now face Bayern Munich in the semi-finals next week with another massive upset in their sights.