Griezmann given Barcelona No.7 shirt after announcement by NBA star Kevin Durant 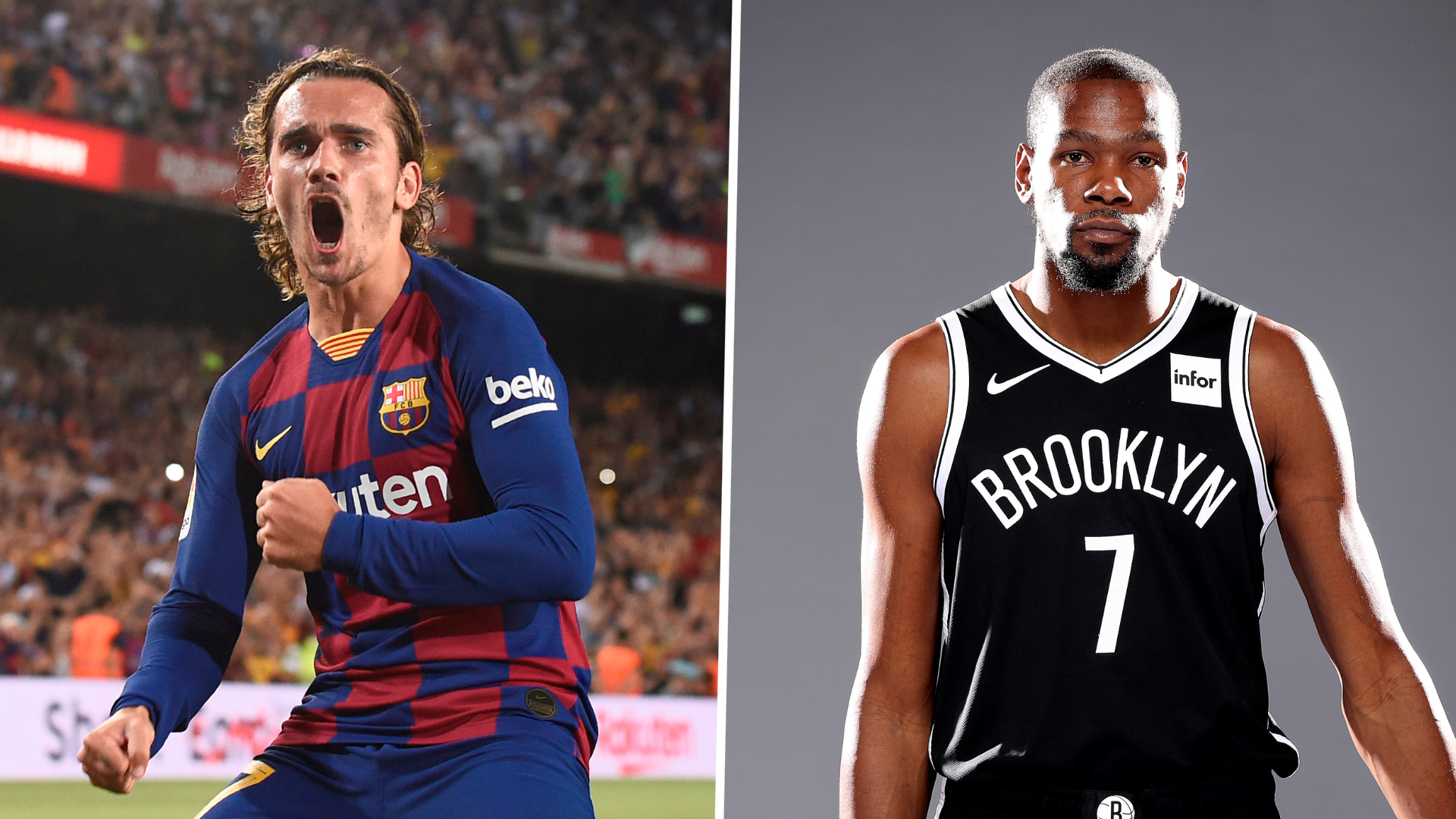 Antoine Griezmann has finally got the Barcelona number seven shirt he wanted from the first day of his Camp Nou career, describing it as “an honour”.

The former Atletico Madrid forward was denied his regular number when he arrived at Barcelona in July 2019, as it was held by Philippe Coutinho, and he agreed to wear the 17 shirt instead.

But with Coutinho having since gone on loan to Bayern Munich for last season, and with question marks over whether the winger will stay at Barcelona for the new campaign, the Brazilian has ceded the number to Griezmann.

On Instagram, Griezmann wrote: “It is an honour to wear the 7 at Barca!”

He added: “I want to say thank you to @phil.coutinho, who as well as being a great player is a big friend.”

The number switch was announced by Barcelona on their social media accounts, with a video featuring Brooklyn Nets NBA star Kevin Durant opening a box containing Barcelona number seven shirts bearing his name and that of Griezmann.

Griezmann scored 15 goals in 41 games for Barcelona last season but often faced criticism for his performances as he struggled to make the greater contribution that many expected of him.

He has previously worn the number seven with Real Sociedad, Atletico Madrid and France, donning the number during their run to World Cup glory two years ago in Russia.

There will be an even greater expectation on him to perform to a high standard for Barca over the coming campaign as they seek to wrestle their Primera Division crown back from eternal rivals Real Madrid and make up for the embarrassment they suffered in the Champions League, in which they were defeated 8-2 by Bayern Munich in the quarter-finals.

It promises to be a difficult campaign for the Catalans, however, with Lionel Messi having agitated unsuccessfully for a move this summer, while new head coach Ronald de Boer is reportedly eager to conduct a dramatic overhaul of the club’s playing staff, which could see numerous experienced players moved on.

Barca start their season with a home match against Villarreal on September 27.

2020-09-12
admin
Share
Previous Jordan Ayew & Zaha: What does the season hold?
Next Lacazette pledges future to Arsenal amid Juventus links, saying: Something is happening under Arteta