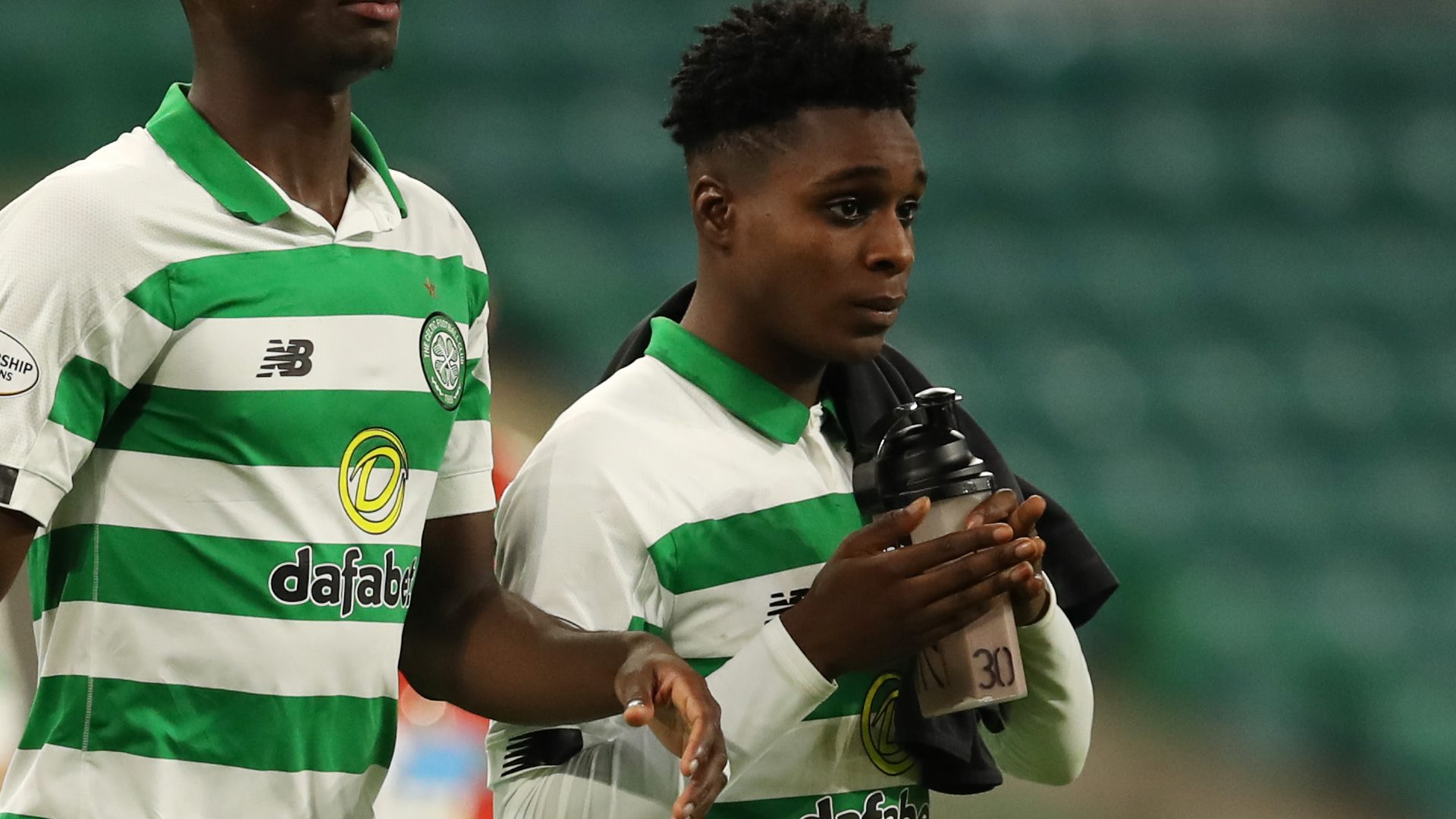 Celtic right-back Jeremie Frimpong is aiming to contribute more goals and assists this season after scoring in the Bhoys’ 5-1 win over Hamilton Academical on Sunday.

The 19-year-old was among the goals at Celtic Park as the hosts began their quest for a 10th Scottish Premiership title in a row on a commanding note.

Sunday’s strike was Frimpong’s third goal for Neil Lennon’s men since his permanent signing from Manchester City last September, and he hopes to continue his goalscoring form this term while not neglecting his defensive duties.

“It’s not like me to score often, that’s one of my targets this season, to get goals and assists, and I’m going to keep working on that,” Frimpong told the club website. “I saw the opposition defender was out of position and there was so much space so I thought if it comes let me get on the end of it.

“It was a bit of a gamble for my goal because normally I wouldn’t do that. If they don’t pass it then it’s a long way back.”

The victory shot Celtic to the summit of the Premiership table, and the Ghanaian youngster is pleased with the confidence level in the team ahead of their next league outing against Kilmarnock on Sunday.

“There’s confidence in the team because everyone’s looking forward to going out and playing and winning,” he said. “That makes you want to do it as well so the confidence comes naturally.

“I feel like the team’s getting better and creating more chances which is good going forward. I feel like I’m improving too.

“The team is making me a better player,” Frimpong concluded. “The team has come back strong and that makes you want to be even stronger yourself.”