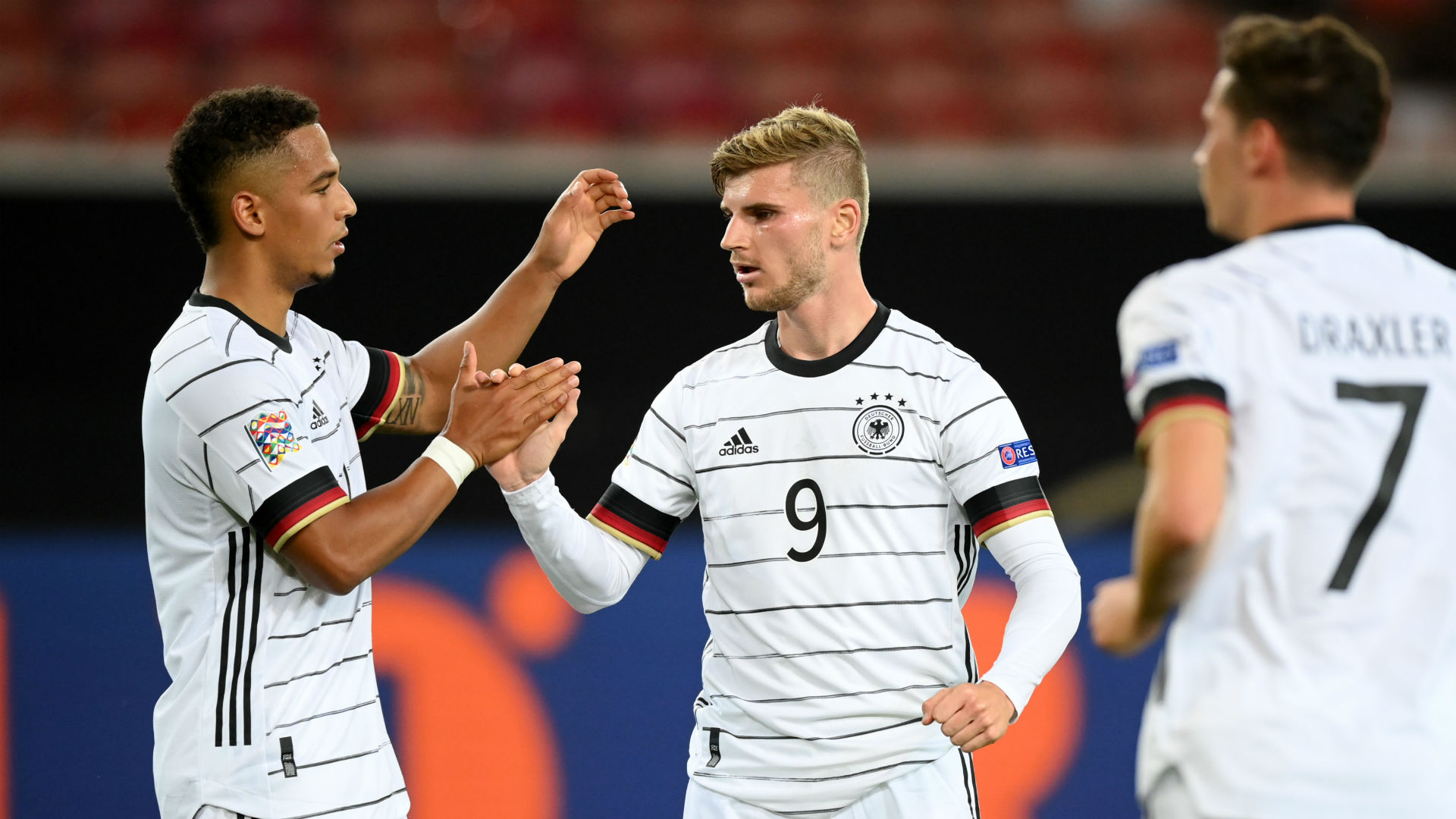 Germany have no wins from five in the Nations League after Jose Gaya levelled at the death at the Mercedes-Benz Arena.

Jose Gaya snatched a 95th-minute equaliser as Spain escaped Stuttgart with a 1-1 draw against Germany, who are still looking for their first Nations League win.

Joachim Low’s side drew two and lost two in the inaugural edition of the tournament in 2018-19 but looked to be heading for victory after Timo Werner crowned a wonderful team move in the 51st minute.

Spain were indebted to goalkeeper David de Gea for keeping them in the contest with a string of fine saves and pulled level deep into stoppage time.

Debutant Ferran Torres got to the right byline and Gaya smuggled home a finish from Rodrigo Moreno’s header down.

Toni Kroos’ impeccable deliveries unsettled Spain early on, with De Gea down sharply to keep out a Thilo Kehrer header at his near post.

It quickly became an impressive outing for the under-fire Manchester United goalkeeper, who denied Julian Draxler before flinging himself brilliantly to his right to turn a rasping Leroy Sane effort over the bar in the 18th minute.

In between those two Germany chances, an elaborate mix-up between Emre Can and De Gea’s opposite number Kevin Trapp gave Rodrigo a glorious chance to open the scoring, but Leeds United‘s new record signing dithered and the goalkeeper got back to scramble clear.

Luis Enrique’s side found themselves opened up six minutes into the second half.

Sane burst clear of the Spain backline with an hour played but wastefully overhit his pass across goal to Werner, who could only fire into the side netting.

Thiago Alcantara, doing much to ensure the visitors controlled large passages of play, thundered a shot just wide from the edge of the box in the 70th minute before the equaliser came from a more unexpected source.

What does it mean? Germany impress without Bayern stars

Joshua Kimmich, Leon Goretzka, Manuel Neuer and Serge Gnabry were given this international break to recuperate by Low after inspiring Bayern Munich to Champions League glory. The strength of the line-up he was able to put out and the performance they produced spoke volumes of the enviable depth that suggests the four-time world champions can emerge confidently from a tricky couple of years. They might even win a Nations League game soon!

De Gea back on song

De Gea endured a miserable end to the 2019-20 season and those ordeals at club level can be traced back to him losing form for Spain at the 2018 World Cup. He followed his string of first-half saves with another fine stop from Niklas Sule late on, by which point this felt like a restorative performance from a keeper whose place at United will come under threat from Dean Henderson in the coming campaign.

Bayern newboy Sane was starting his first competitive match for 13 months since suffering anterior cruciate ligament damage. Understandably, his work was as ragged as it was at times impressive – never more so than the botched pass to Werner, after which he limped gingerly from the action. The winger was all smiles with Low immediately afterwards, so perhaps those in Bavaria can rest easy.

Spain host Ukraine on Sunday, when Germany travel to Switzerland.