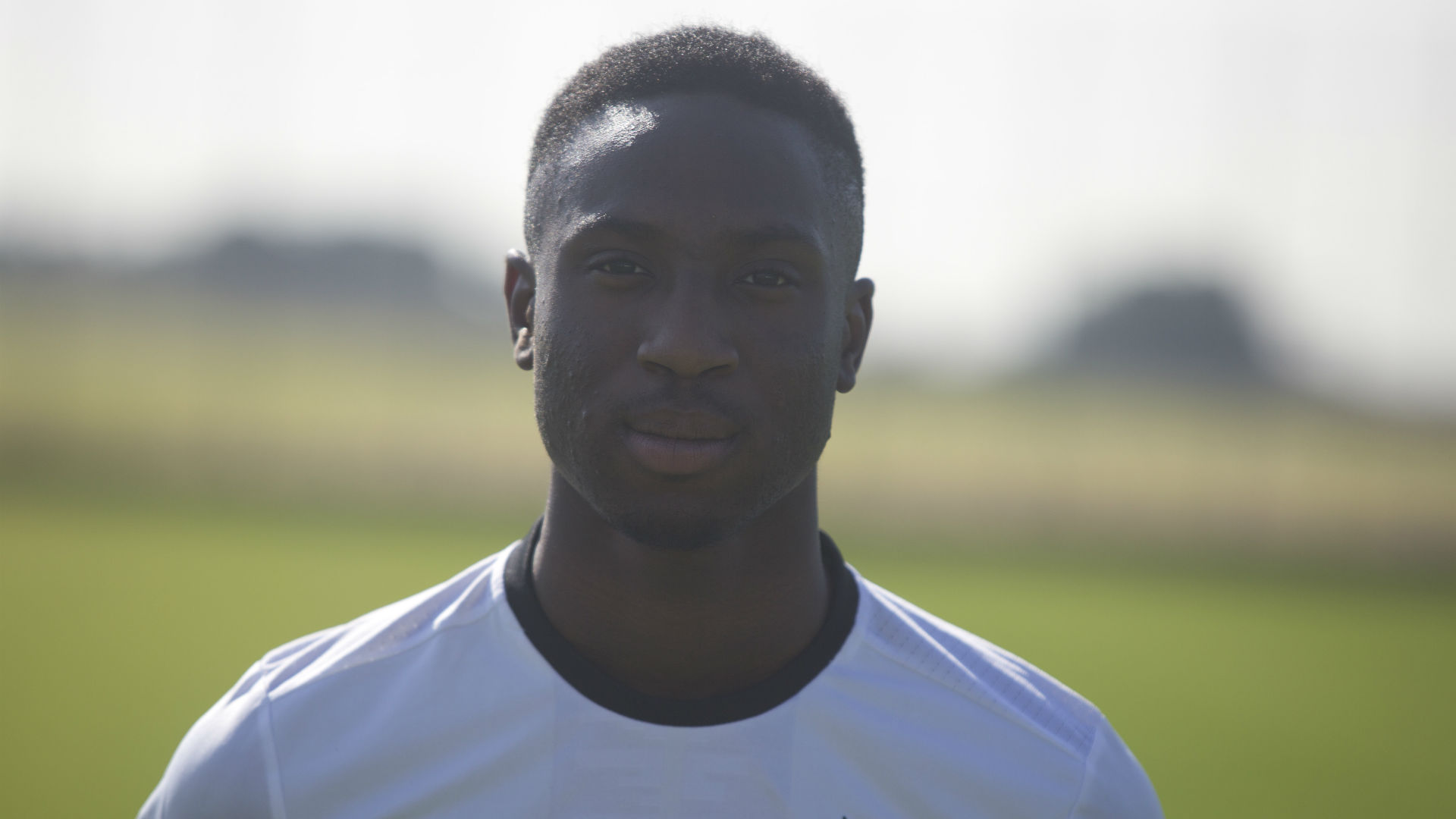 The Ghana prospect showed no mercy at Clayton Wood, where Kevin Russell’s side crushed the Whites on Monday

Stoke showed no mercy at Clayton Wood, where Kevin Russell’s team led 2-0 at half-time thanks to Kyeremateng’s brace.

The Potters were ruthless from the onset, with the German born striker of Ghanaian descent breaking the deadlock after just 60 seconds.

A well-taken corner kick on the left fell into the path of the teenager who acrobatically fired home from little more than three yards out.

In the 26th minute, he made it 2-0 from the penalty mark after teammate Douglas Taylor was brought down inside Leeds’ goal area.

Stoke City were thankful to Cameroon goalkeeper Blondy Nna Noukeu to thank before the half-time break, as his well-calculated dive kept out Joe Gelhardt’s penalty – and that proved to be the visitors’ best chance at goal.

Despite their fine exchange of passes, they lacked the killer instinct in the final third.

The hosts continued from where they stopped in the first-half as their attacking forays kept the Whites in their own half.

Nevertheless, Kyeremateng completed his treble on the hour mark after beating the offside trap and firing past the opposing goalkeeper.

The Germany youth international was not done yet as he powered home his fourth of the night after coming one-on-ne with the opposing goalie.

In the closing stages of the game, Nna Noukeu pulled off an excellent save from point-blank range to keep his clean sheet intact as the West Yorkshire outfit returned home with heads bowed low.

This victory represents a strong start to the new campaign for the U23s who will be hoping to once again be challenging for a play-off place in Division 2.

Born to Ghanaian parents in Germany, Kyeremateng had featured for Borussia Dortmund youth team before he was shipped to England to play for Stoke City.

The 21-year-old had featured for Germany at U16 and U19 levels, albeit, he is eligible to represent the Black Stars at senior level.

They face Middlesbrough U23 in their next game on September 13 at the Rockliffe Park. Boro played a 2-2 draw against Newcastle United in their opening game of the season.