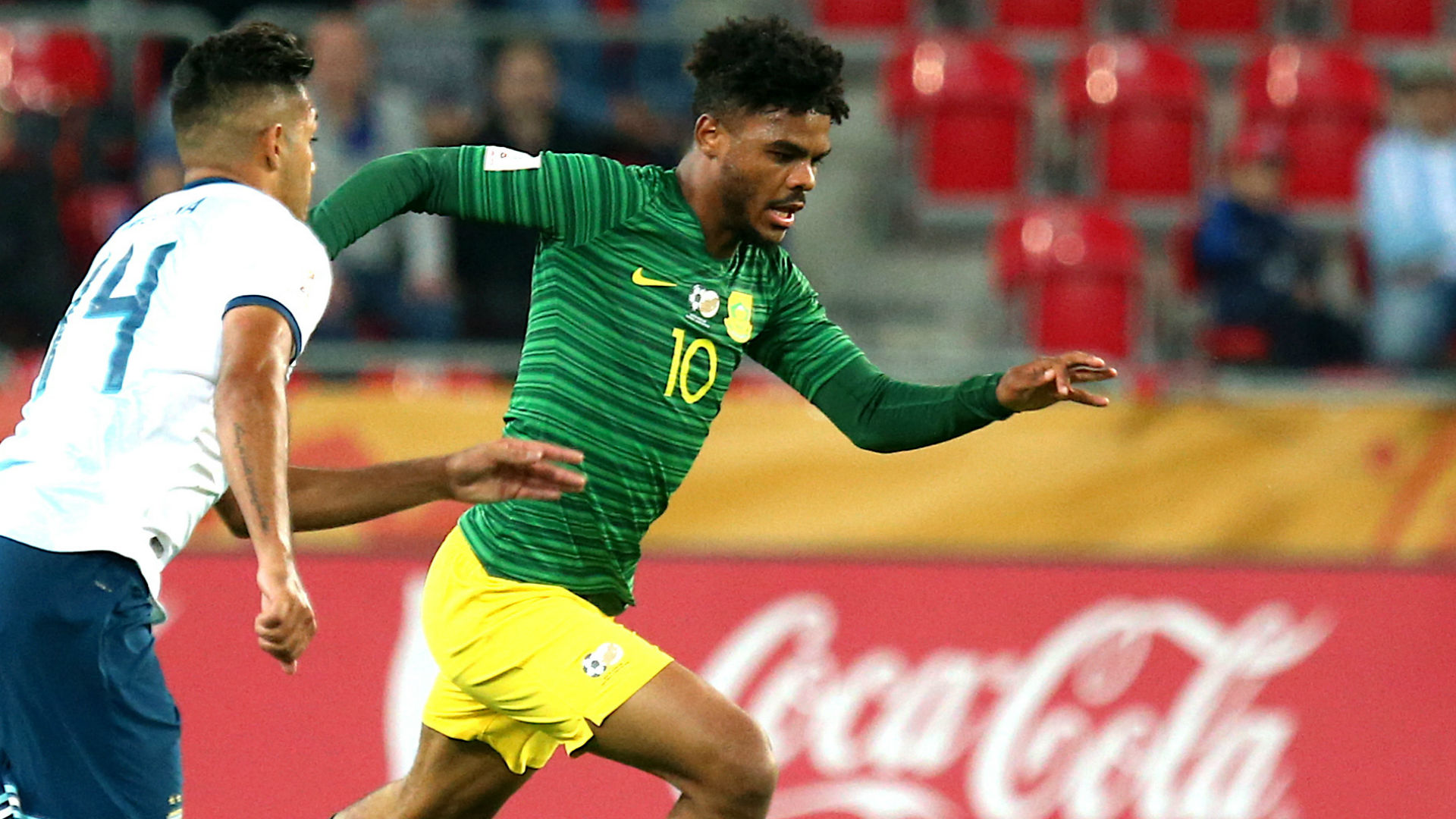 The 19-year-old striker was on the books of Belgian club Cercle Brugge during the 2019/20 season, while on loan from French Ligue 1 outfit Monaco.

Guimaraes disclosed that they have snapped up Foster from Monaco on a permanent deal which is worth €1.2 million ($1.4 million – R24.7 million).

The club released the following statement on Thursday afternoon.

“Vitória Sport Clube, Futebol SAD announces that it has reached an agreement with AS Monaco for the transfer of Lyle Foster, who signs a contract valid for the next five sports seasons.”

“Foster, 19 years old, has already represented the national team of his country three times, following a successful path for the youth teams that culminated with the achievement of the COSAFA U-20 of 2017, in which he scored three goals, one of them in the final.”

“The striker was part of the shortlist of nominees for the 2020 edition of the prestigious Golden Boy trophy, which distinguishes the best under-21 players playing in Europe.”

“The reinforcement of Vitória SC proved to be at the service of the Orlando Pirates, from where he moved to AS Monaco last year.”

“After making his debut for the Monegasque team, Foster spent the second half of the season in Belgium, on loan from Cercle Brugge,” read the club’s statement.


Source link
2020-08-13
admin
Share
Previous He Knows No Fear strikes at 300/1 at Leopardstown | Racing News
Next Arteta 'has the potential to become great' as Arsenal manager, says Van Persie