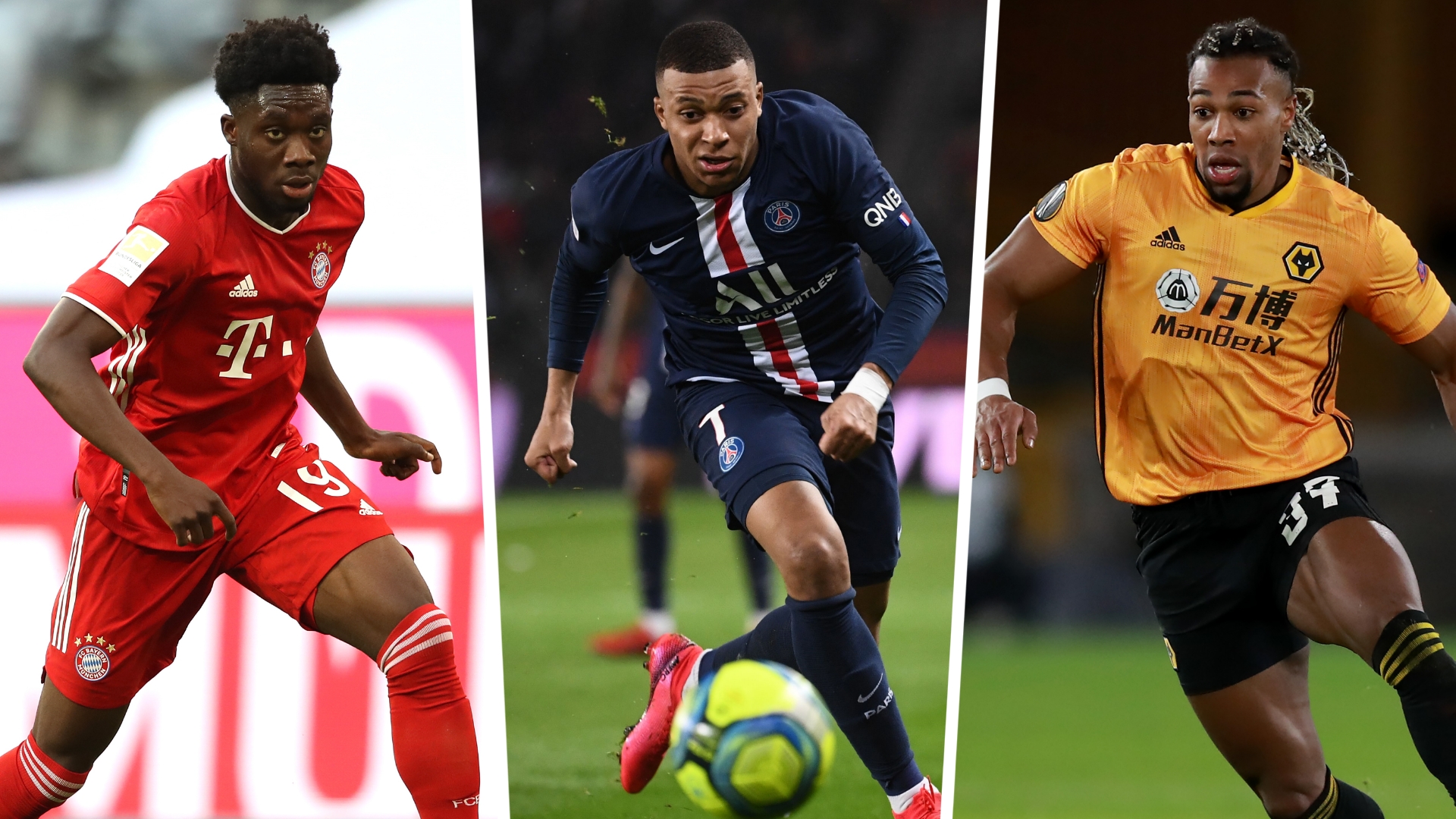 If you have the need for speed in FIFA 21, then the following 20 players are the ones you want with the ball.

Pace has always been an important attribute in the video games series, with the ability to burn past defenders, burst down the wing into space, or sprint through on goal all extremely crucial parts of a FIFA player’s attacking arsenal.

Goal has ranked the top 20 players in the game for pace, along with their club and overall rating.

Once again, PSG and France superstar Kylian Mbappe has been named as the game’s equal fastest player, retaining his pace score of 96 from FIFA 20, but seeing his overall rating jump from 89 to 90.

Wolves powerhouse Adama Traore again joins Mbappe at the top of the pace ladder, maintaining his pace stat of 96, while enjoying on overall rating rise of five points to 79.

The new boy on the block is Bayern Munich speedster Alphonso Davies, who earns his place with FIFA 20’s fastest duo after an extraordinary season in the Bundesliga and Champions League.

Two players from football’s biggest clubs have made the jump to equal fourth, with Manchester United winger Daniel James and Real Madrid attacker Vinicius Jr. both being rated with a 95 pace statistc.

They are joined on that rating by two lesser-known players – FC Tokyo striker Kensuke Nagai and Dijon left-back Anibal Chala.

The top 20 is then rounded out by 13 players with a 94 pace rating, including Liverpool forward Sadio Mane, Inter wing-back Achraf Hakimi, Leverkusen dynamo Leon Bailey and Watford flyer Ismaila Sarr.

Athletic striker Inaki Williams also makes the list again, while Monaco‘s Gelson Martins and Benfica‘s Rafa are the other well-known players to be given a 94 pace statistic.


Source link
2020-09-16
admin
Share
Previous Live match preview – St Mirren vs Celtic 16.09.2020
Next 'It was a conflict between Messi and the club' – Koeman insists he has good relationship with Barcelona star