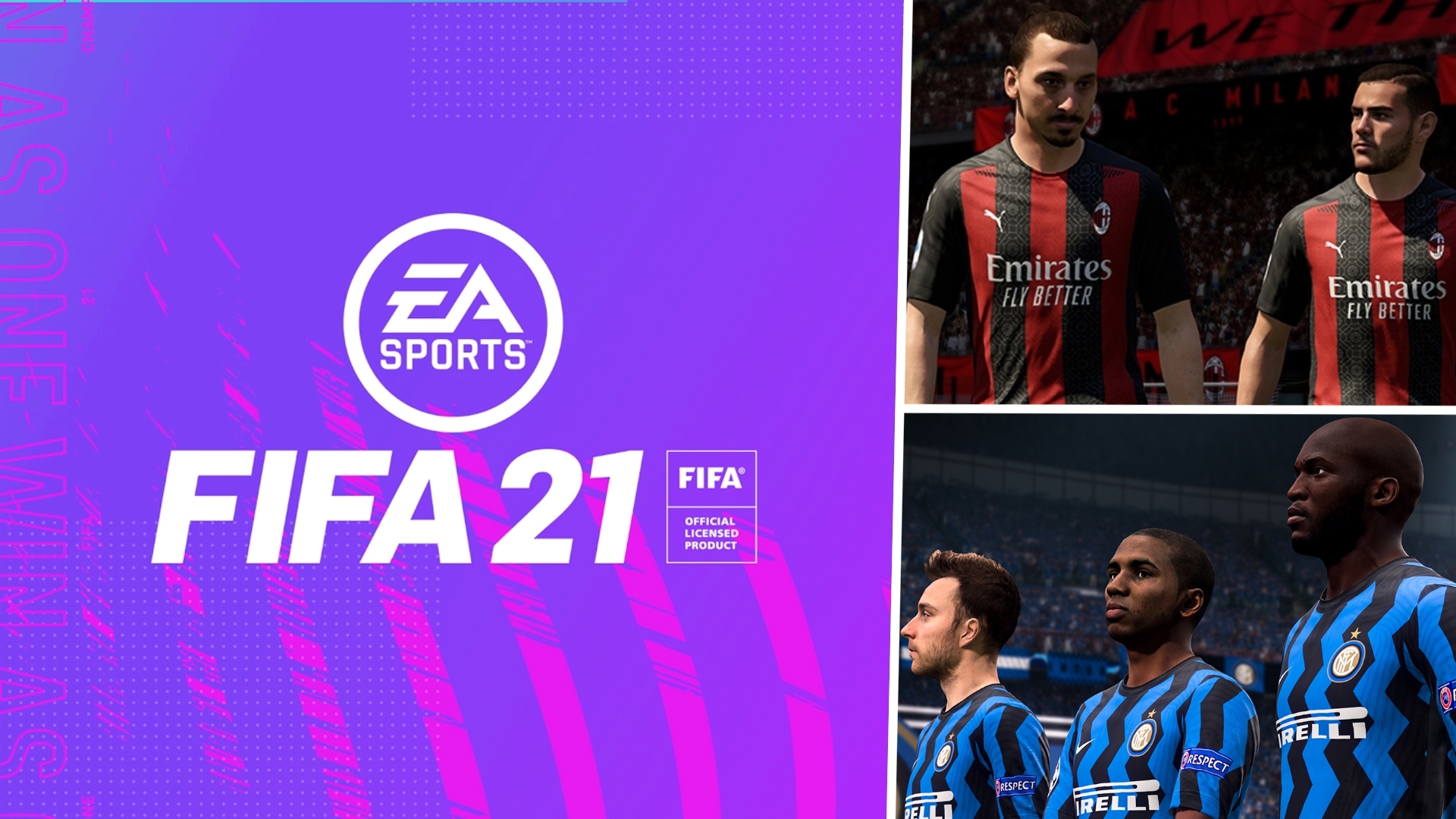 EA Sports has announced an exclusive multi-year partnership with Milan and Inter, which will commence with the launch of FIFA 21 this October.

The agreement will see the Italian giants feature exclusively in FIFA 21 – meaning the game will boast all-encompassing access to the Rossoneri and Nerazzurri players, kits, training grounds, stadia and so on.

“Authenticity is always such a driving factor behind everything we’re doing around the game,” Nick Wlodyka, vice president and general manager of EA Sports told Goal.

“It’s something that’s unbelievably important to our players. You look at Serie A, and Milan and Inter obviously are two of the top three clubs in that particular league. We’re making sure that we’re able to represent them fully, authentically, and now exclusively. They’re very storied clubs, with all sorts of incredible history behind them and alternately, that’s a fantastic partnership for us.

“We look at all the pieces that are important. We make sure you have the right stadium, the kits, the crest, and we make sure that we capture the atmosphere in those stadiums appropriately.”

The partnership comes at a time when Serie A and Italian football have enjoyed a steady revival, with the league attracting individual talents such as Zlatan Ibrahimovic, Alexis Sanchez and Romelu Lukaku, not to mention the likes of Cristiano Ronaldo and Matthijs de Ligt to Juventus.

Additionally, Milan and Inter are two of the most passionately-supported clubs in Europe.

The fact that fans haven’t been allowed to attend matches due to the Covid-19 outbreak worldwide has changed football as we know it, if only temporarily. Supporters serve as the heart and soul of a football club, with the noise they generate in stadiums demonstrating a sense of connection not only to each other, but to the players they support as well.

At a time when eerily silent stadiums and pre-recorded fan noise have replaced the organic emotions of thousands of people, the chance to be re-immersed in the fan experience, even virtually, is something that can provide some catharsis.

“It’s interesting because what we offer in FIFA as a whole – and looking at FIFA 21 specifically – is the ability to really craft your own personal experiences, to tell your own stories,” continues Wlodyka.

“Things that supporters sing about, the look and feel of the fan experience – those are all really important pieces. When we have partner clubs, we make sure that we’ve really given another level of scrutiny to ensure that we’re delivering that real-world experience.

“When I think about FIFA 21 and what players can experience, it’s really about being immersed in the overall experience of those specific clubs.

“Now, more than ever before, where the world’s at and not being able to have fans in matches, the game becomes such an important part of the sporting fandom than would have been the case maybe six, 12 months ago.”

Career Mode and Ultimate Team are particular areas of focus for EA Sports, while smoother graphics, authentic visuals and better gameplay have already been promised ahead of the release.

“Career Mode is a really important one for this year,” Wlodyka says. “We’ve had so much feedback over the last few years from our players wanting to see more things that they can control within Career Mode. We’ve listened to what they want to be able to, things that they haven’t been able to do in the past.

“We’ve really made our biggest investments that we’ve ever had in Career Mode to ensure that we’re delivering against exactly what our players are asking for. Every year we really look at things like, ‘Okay, what do our players really want? What are the things that they’re asking for?’

“We look at the data, that’s an important piece, just to understand: what are they playing or not playing?

“In Ultimate Team, we’ve done a number of different things based on what our players want and really push that forward.

“Gameplay is obviously the foundation of the entire experience. We’ve done some really neat things there that I think our players will be excited about.”

Milan and Inter are among the most notable examples of football clubs who share a stadium – San Siro – despite their intense rivalry.

With news that the famous venue – the Giuseppe Meazza Stadium to give its full official title –  is set to be demolished and replaced with a new structure, could FIFA 21 provide any insight towards plans for a new ground for the two Italian giants?

“Partnerships can help us make sure we get some of that inside information to ensure that we’re ready when that stuff actually happens,” reveals Wlodyka. “We always make sure that we’re delivering exactly what’s real in the world right now, but we always keep an eye on what does the future hold across the clubs specifically.

“With our partnerships, it can be incredibly beneficial as we get access to behind the scenes things – whether it be the club stadiums, the club training grounds, or the players specifically.

“Just even getting ahead to do things that they’re planning for that maybe aren’t actually live or in the real world yet. We’re always looking to the future.”

FIFA 21 fans will be able to play as Milan and Inter exclusively on EA Sports’ new edition of the game, which will be released worldwide on October 9, 2020.