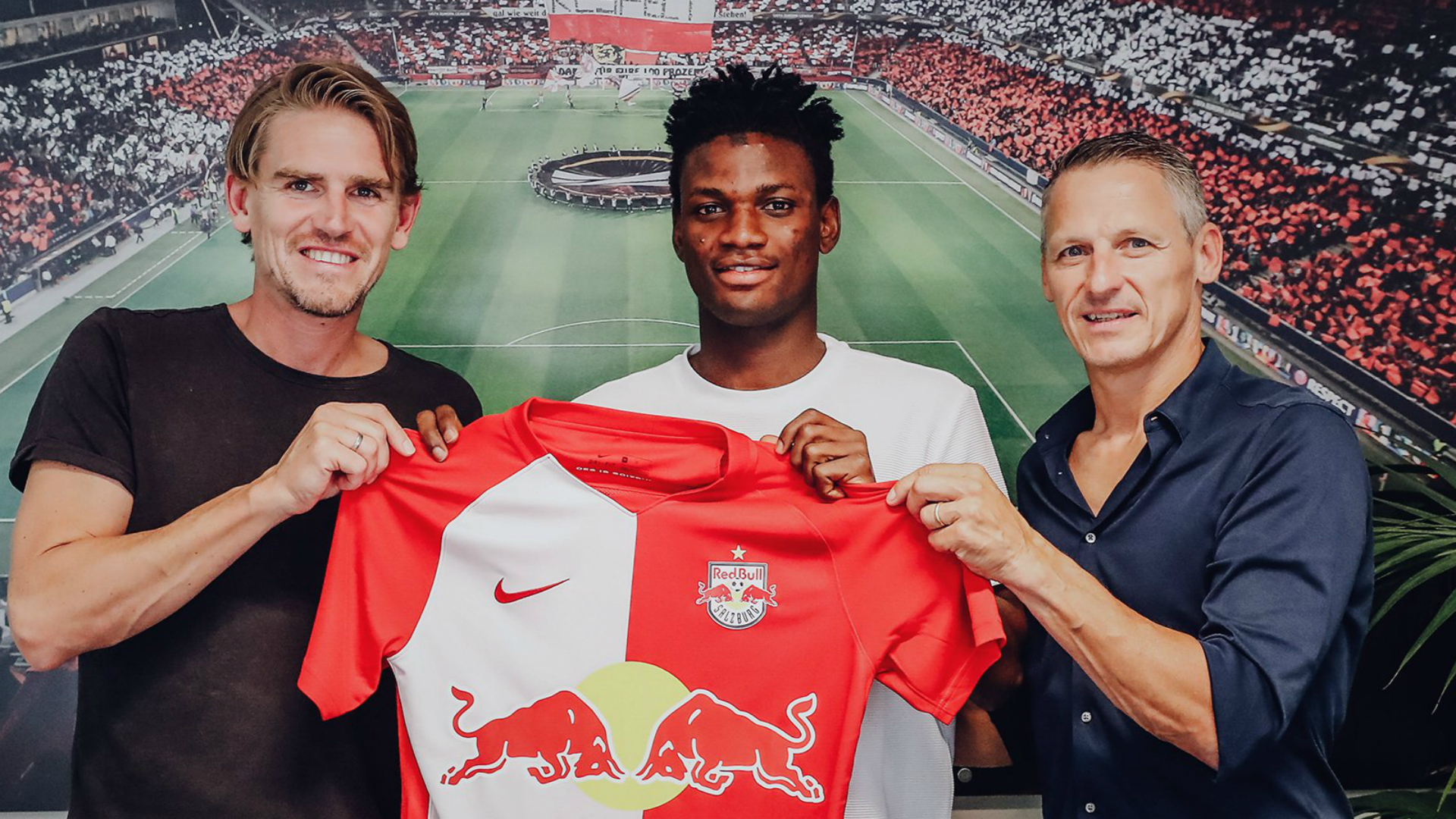 FC Red Bull Salzburg midfielder Samson Tijani has joined TSV Hartberg on loan for the rest of the season.

The Nigeria youth international was signed by Die Mozartstadter in a deal that runs through 2025- nevertheless, he will be seeking for first-team Austrian topflight football elsewhere.

“Samson Tijani joins TSV Prolactal Hartberg on loan for the upcoming Season of the Austrian Bundesliga,” a statement from the club read.

“The 18-year-old midfielder arrived in Salzburg from his home club from SC Collins Edwin last month and is now expected to collect playing time in last season’s fifth-placed side.”

“I am very happy to be here. I believe in the team and hope I can help the team get even better,” the young midfielder told Hartberg website.

For Hartberg, they are pleased to have the Nigeria youth international in their squad as they hope for an impressive 2020-21 season.

“We are delighted to welcome an exceptional talent like Samson Tijani’s to Hartberg,” says Sports director Erich Korherr.

“We are looking forward to this player. Thanks also to Christoph Freund from FC Red Bull Salzburg for the possibility of the loan.”

The defensive midfielder helped the Golden Eaglets to a fourth-place finish at the 2019 U17 Afcon last April where they bowed to Angola in the third-place playoff.

During the Golden Eaglets’ World Cup campaign in Brazil, he played every minute of the country’s games and produced a man-of-the-match performance in their first group outing by scoring a brace in their 4-2 victory against Hungary.

Nevertheless, Manu Garba’s side were eliminated from the World Cup in the Round of 16 after a 3-1 defeat to the Netherlands.