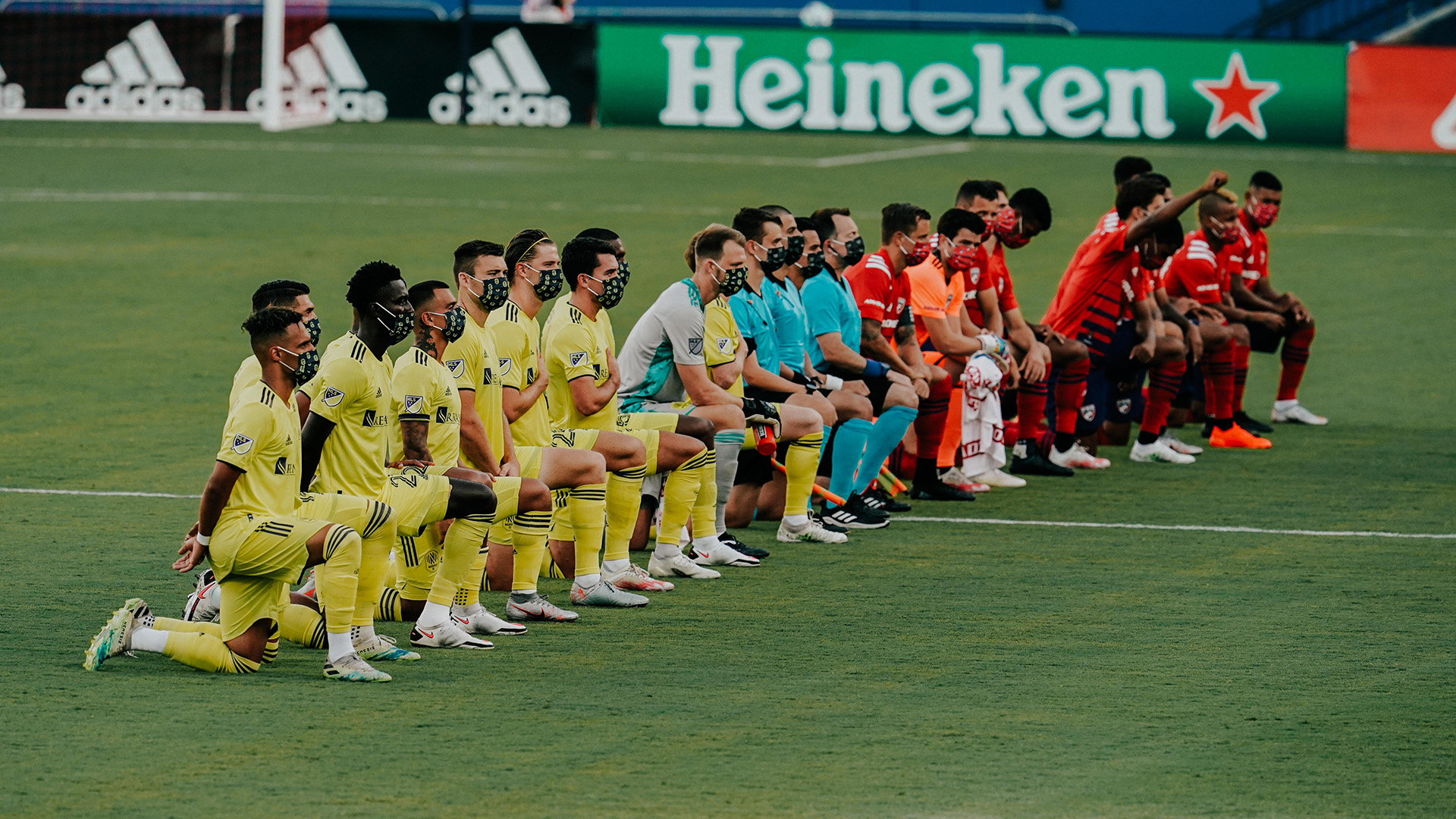 FC Dallas have strongly condemned “repulsive and unacceptable” racist comments and death threats Reggie Cannon has been subjected to this week.

Dallas defender Cannon criticised supporters who booed players for kneeling during the national anthem before his side returned to MLS action against Nashville on Wednesday.

Some fans were allowed into the game, which started after the teams showed their support of the Black Lives Matter movement.

Sportsmen and women have taken a knee worldwide since NFL quarterback Colin Kaepernick became the first to do so in the 2016 season, protesting against police brutality and racial inequality.

But jeers were heard among supporters as Dallas, Nashville and the officials took a knee, with a water bottle also appearing to be thrown on the field in response.

Dallas chairman Clark Hunt and president Dan Hunt says the abuse United States international Cannon has come in for will not be tolerated.

“We want to be clear: We love and support Reggie Cannon. The racist comments and death threats he has received are repulsive and unacceptable,” a statement from the duo said.

“There is no place in our sport, or in our country for that matter, for the kind of horrific vitriol Reggie has had to endure today. Hateful or violent threats are never warranted – especially when they are directed toward a member of our FC Dallas family.

“We will continue to work together – with our players, our coaches and our fans – against racism and in the cause of equality for all.”

“You’ve got fans booing you for people taking a stand for what they believe in, and millions of other people support this cause.

“We discussed with every other team and the league what we were going to do, and we’ve got fans booing us in our own stadium. How disgraceful is that?

“For a lack of a better word, it pissed me off.”

Cannon said the players had asked for the anthem not to be played before the match but “they ignored our wishes”.

“We were going to kneel regardless if the anthem was played or not,” he explained. “Unfortunately, it was played during the time when we asked for the anthem not to be played.”