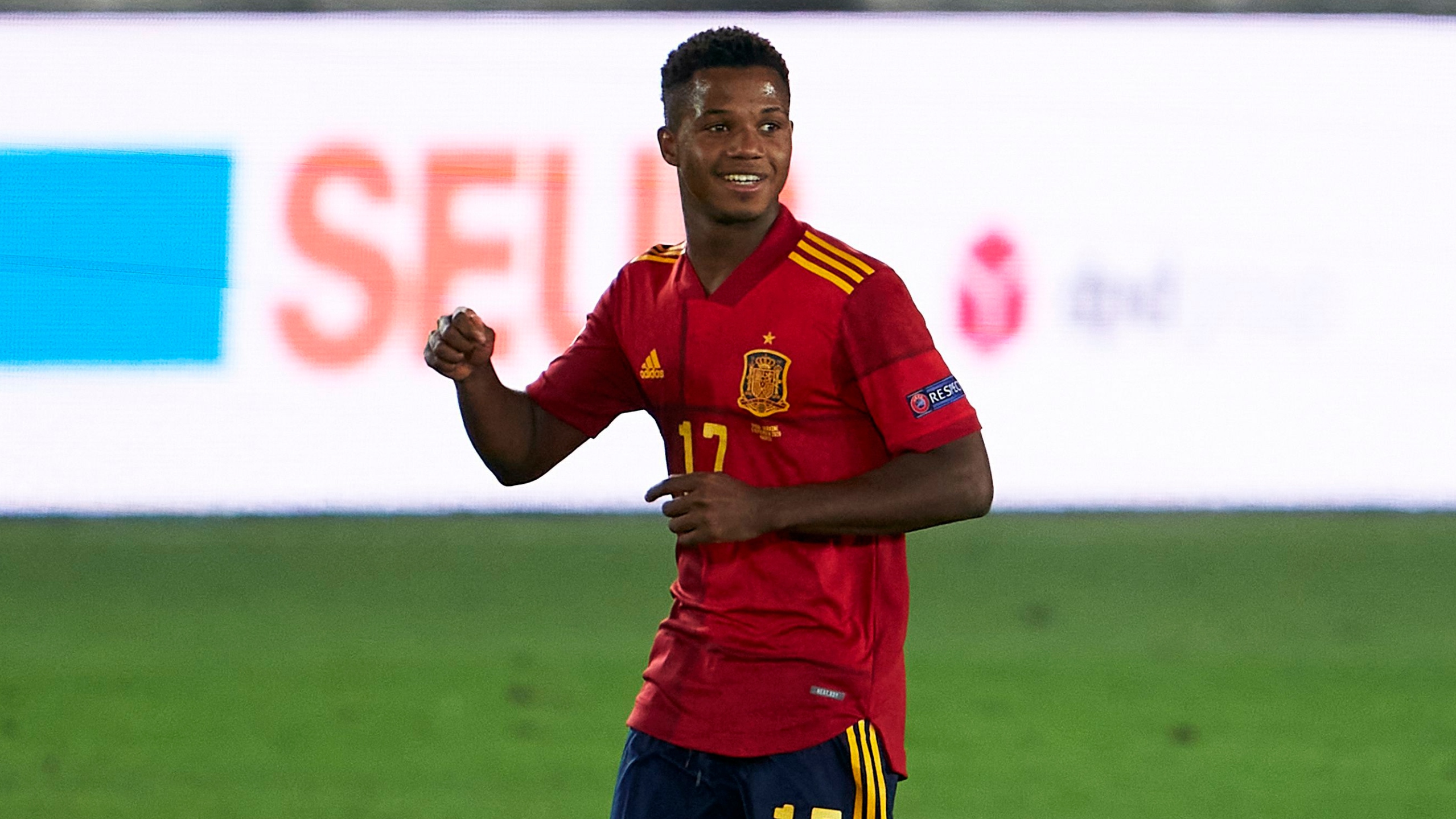 Ansu Fati is hoping his dominant performance for Spain on his first international start will convince Ronald Koeman to grant him more first team opportunity at Barcelona.

The talented attacker became Spain’s youngest ever scorer – at 17 years and 311 days – as he found the back of the net in La Roja’s 4-0 thumping of Ukraine in the Nations League on Sunday.

Fati only made his first appearance for the national team against Germany on Thursday – becoming Spain’s youngest player in 84 years in the 0-0 draw.

The Guinea-Bissau-born forward, who also won the penalty for the Sergio Ramos’ opener against Ukraine, is aiming to show new Barca coach Koeman that he is worthy of a regular spot in Barca’s first team in the coming season.

While the teenager made 33 appearances and scored eight goals in a record-breaking debut season for Barcelona, he came on in 18 of those matches as a substitute.

“I will continue working and the coach is the one who decides,” Fati said when asked if he can play more at Barca this season.

“I will train hard, if I have the opportunity I will try to take advantage of it.”

He revealed he was warmly welcomed into the international setup and spoke of the honour of being able to work with Enrique.

“It is a pride to work with Luis Enrique and with all the players who are here; they received me with open arms and all the confidence in the world,” he said.

“To continue working, as always, with humility, and everything will come.”

Fati’s first season in senior football has seen him break a swathe of records – which started with him becoming Barca’s youngest ever goalscorer against Osasuna in September last year.

In December, Fati earned the honour of being the Blaugrana’s youngest ever scorer in the Champions League, with his winning goal against Inter in a 2-1 win in the group stages.

He also became the youngest player to score a brace in La Liga with his two goals in Barca’s 2-0 victory over Levante in February.