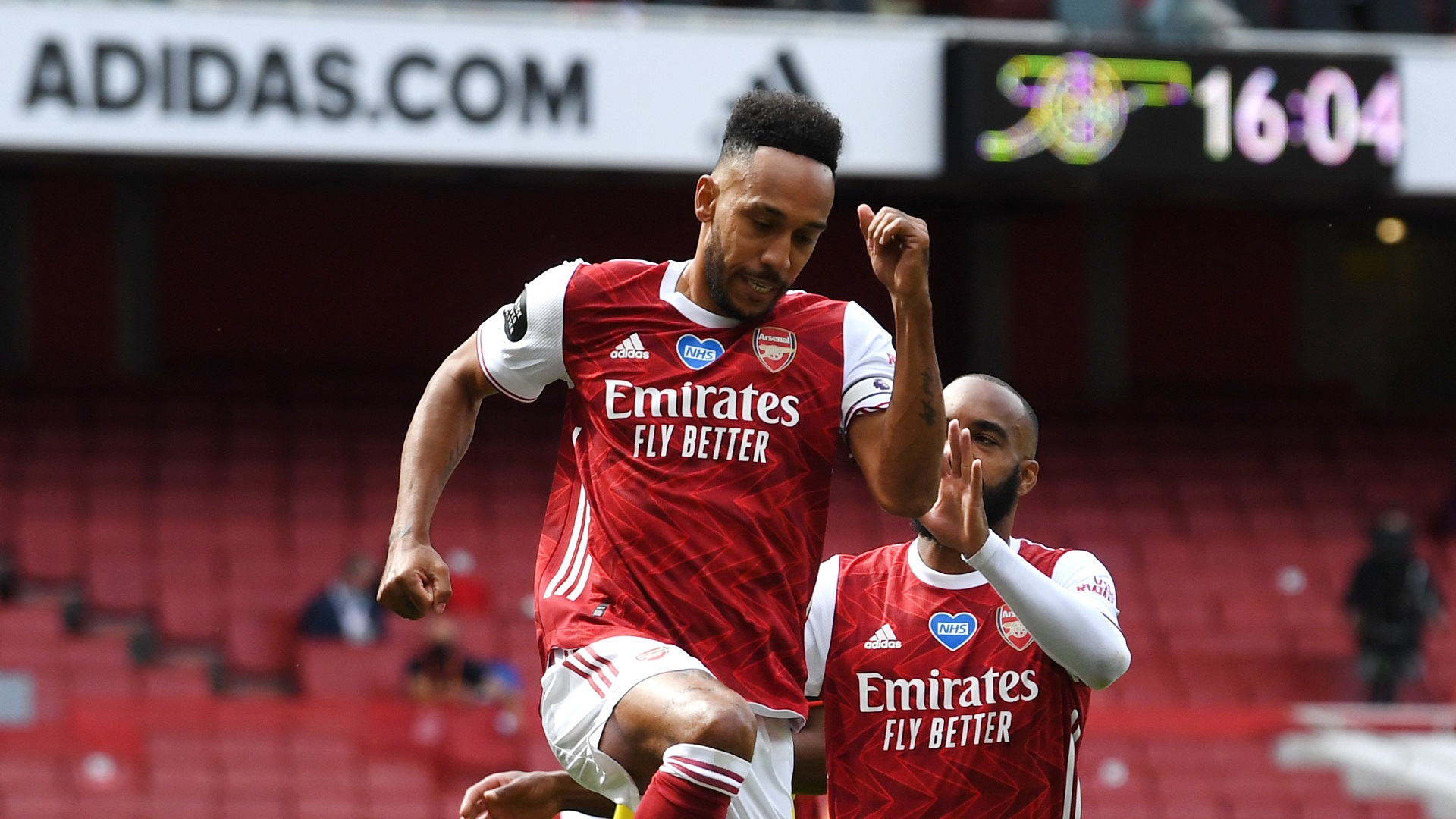 The Gabon forward continues to star for his club, but with less than a year remaining on his deal doubts remain over his future

Arsenal have been linked to several transfers so far in the window, but former Gunners star Ian Wright believes the best possible outcome this summer would be a new deal for Pierre-Emerick Aubameyang.

Aubameyang has become a firm favourite at Arsenal since joining from Borussia Dortmund in January 2018.

In two and a half seasons with the club the Gabon international has netted 68 goals in 108 appearances in all competitions, leading the Gunners’ scoring charts in both 2018-19 and 19-20.

The striker’s future is far from certain, however, with less than 12 months remaining on his current contract and reported interest from the likes of Barcelona and Real Madrid looming over his head.

And while stars such as Philippe Coutinho, Thomas Partey and Dayot Upamecano are among the names mooted for Arsenal this summer, Wright is adamant that the club must first focus on tying down Aubameyang to an extension.

“When you look at [Pierre-Emerick Aubameyang’s] goals to game ratio for Arsenal… When you look at Arsenal without him, they would be in a poor position,” the ex-Arsenal and England sharpshooter told the BBC prior to Saturday’s FA Cup final between Mikel Arteta’s charges and Chelsea.

“He is the focal point. He’s the kind of player that when he gets that half chance, he is fantastic. He will be the most important signing that Arsenal make.”

One player who has renewed at the Emirates this summer is David Luiz, who has attracted criticism in recent weeks for a series of high-profile errors.

And as the Brazilian prepares to line up against his old club at Wembley another former Gunners favourite called on his old club to back their player, while suggesting that their defensive struggles go deeper than one man.

“I see why David Luiz gets a lot of criticism. He’s probably too aggressive sometimes and gets tight to players. Is it the lack of leadership around him?” Ashley Cole explained to the BBC.

“Somebody to say, just drop off a bit? He needs an arm around him and he needs to feel the man. He had that at Chelsea and he’s starting to look like he’s getting that at Arsenal.”