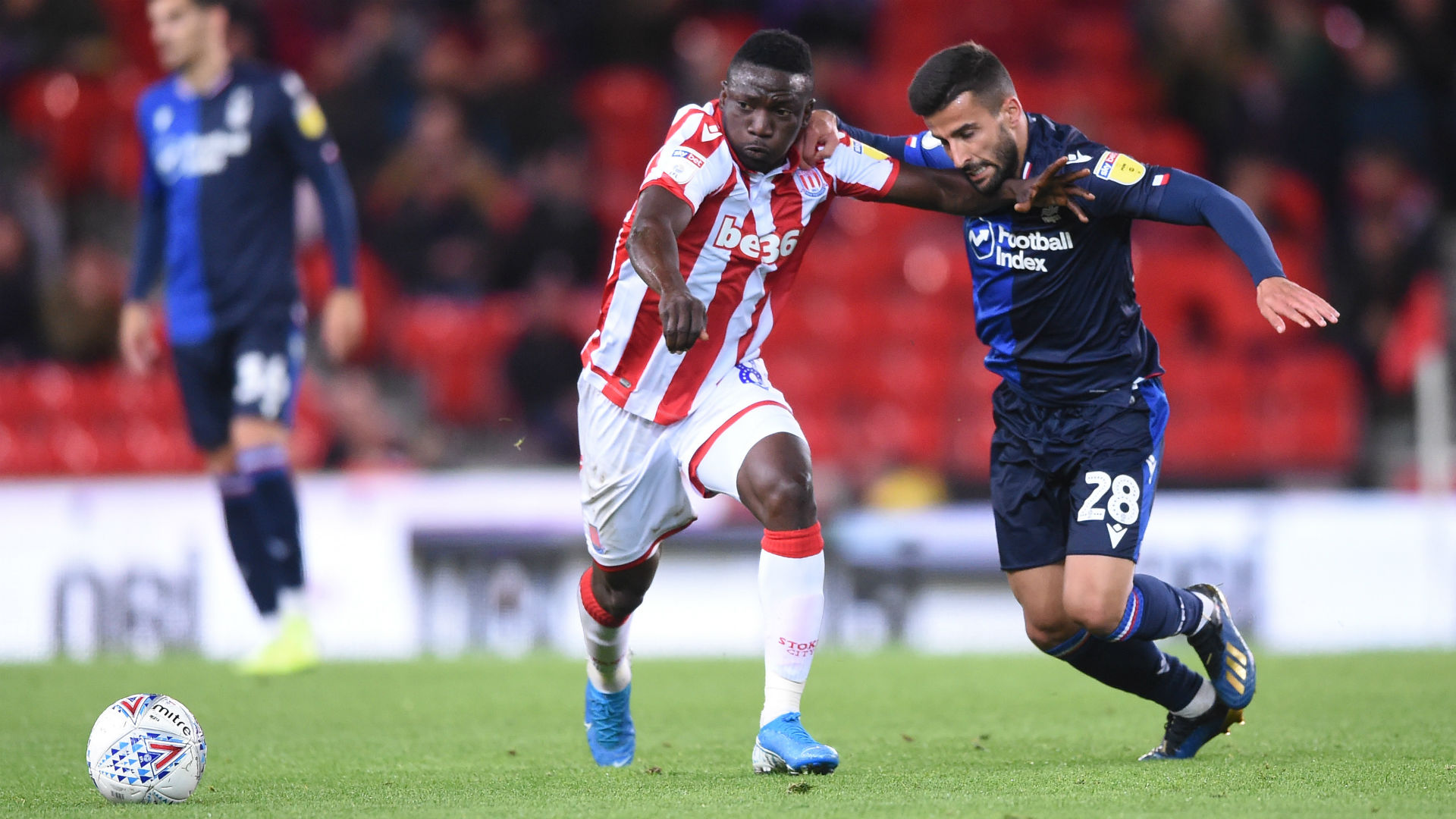 Oghenekaro Etebo has expressed his delight after joining Galatasaray from Championship side Stoke City on a season-long loan.

The Turkish Super Lig giants announced the signing of the Super Eagles star from the Bet365 Stadium outfit on Wednesday.

The midfielder has been with the Potters since the summer of 2018 when he joined the club from Portuguese side Feirense.

The 24-year-old made 45 Championship appearances for Stoke before heading on loan to La Liga side Getafe in January.

The Nigeria international contributed as the Coliseum Alfonso Perez outfit finished eighth in the Spanish top-flight in the last campaign.

Etebo will now continue his development with the 22-time Turkish Super Lig champions until the end of the season after successful medicals.

“Galatasaray Sportif AS informed the public that an agreement was reached for the loan transfer of professional football player Oghenekaro Etebo until the end of the season,” read a statement from the club website.

“We welcome Oghenekaro Etebo to our club and wish him a successful season in the Galatasaray jersey.”

Etebo is delighted to team up with the Turkish side and has appreciated those involved in the success of the transfer.

“I am excited to announce my arrival at Galatasaray, I am looking forward to this amazing opportunity and I am happy to be part of such a historic club,” Etebo tweeted.

“Thank you to everyone at Stoke City and thank you to the DW Sports management team.”

I am excited to announce my arrival at Galatasaray, I am looking forward to this amazing opportunity and I am happy to be part of such a historic club.

Etebo started his career with Lord Honour FC youth team and then joined Nigeria Professional Football League (NPFL) side Warri Wolves in 2012 where he spent three years before leaving for Europe.

The midfielder teamed up with Portuguese club Feirense in 2016 and made 45 league appearances for the side before he signed for Stoke City in 2018.

Etebo featured for the Nigeria U23 team and played a significant role as the West Africans clinched a bronze medal in the 2016 Olympic Games.

The 24-year-old made his Super Eagles debut against Ivory Coast in July 2013 and has since featured 35 times for the side.

Etebo featured for Nigeria at the 2018 World Cup in Russia and was part of Gernot Rohr’s side that finished third at the 2019 Africa Cup of Nations in Egypt.