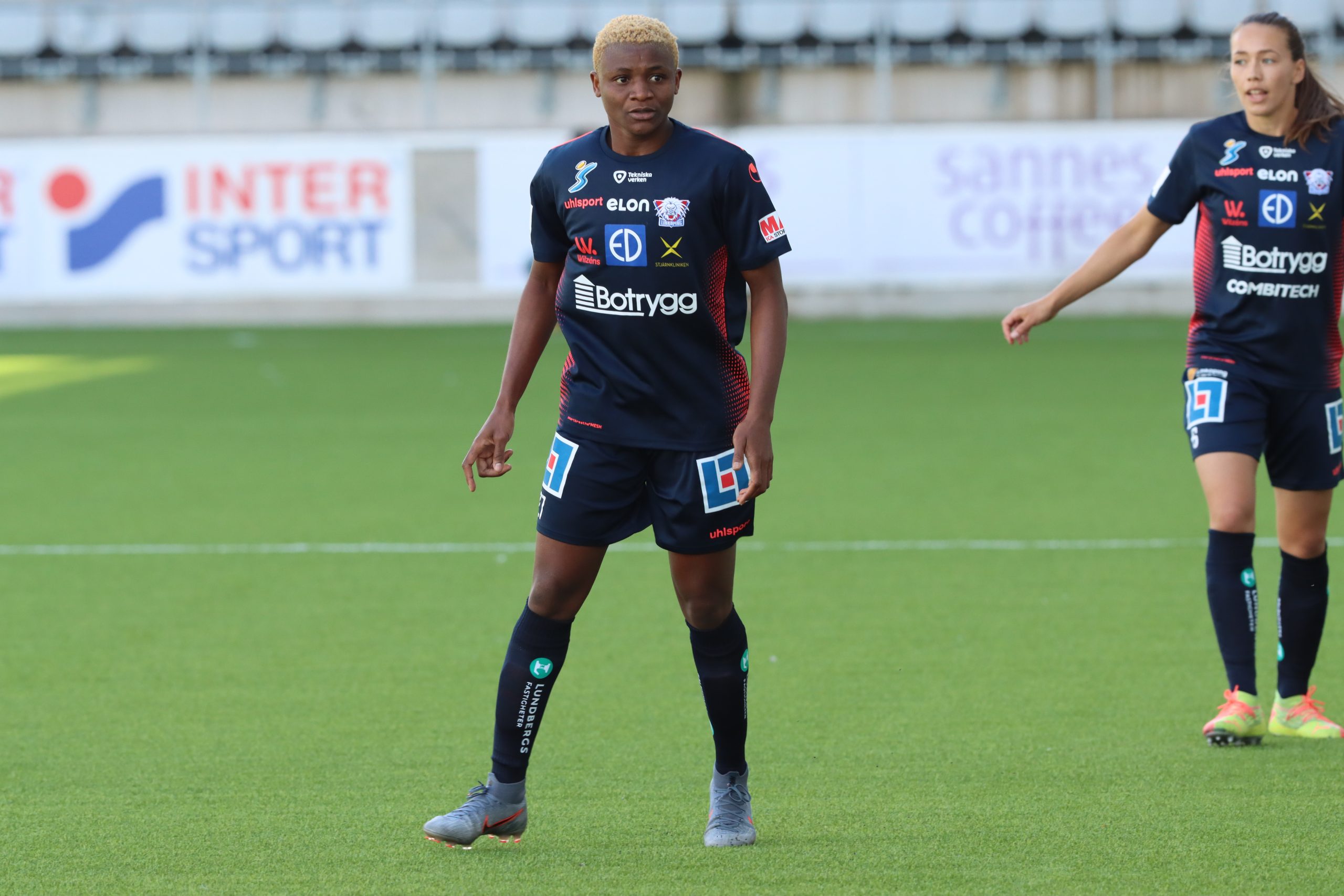 Uchenna Kanu continued her rich goalscoring form after netting a brace and Ebere Orji provided a late assist in Linkopings’ 3-1 win over Uppsala in a Swedish Damallsvenskan game on Sunday.

Olof Unogard were smarting from Wednesday’s 7-1 humiliation at Rosengard, where Kanu registered the visitors’ solitary goal and they aimed to end their three-match losing streak against Uppsala.

This time, the Nigerian striker almost fired the hosts in front but her efforts went wide in the ninth minute but eventually, she broke the deadlock to put them ahead in the 21st minute.

She twice came close to increase the tally for Linkopings in the 31st and 44th minute but could not find breakthroughs before the break.

After the break, Nilla Fischer and Lina Hurtig missed the chance to score in the 47th and 53rd minutes, respectively, from corners until Kanu bagged her first Damallsvenskan brace on the hour mark.

With seven minutes left, Unogard brought in Orji to replace two-goal hero Kanu and the former made an instant impact as she assisted Hurtig to net the third for Linkopings a minute later.

Despite Beata Olsson pulled one back inside injury time for the visitors but the hosts held their nerve to preserve the two-goal lead and celebrated their first win in four successive matches.

Kanu’s goal tally for Linkopings now stands at five coupled with one assist in 11 outings in nine starts in the ongoing campaign.

Kanu’s Nigerian compatriot Orji bagged her second assist of the season to add to her five goals for Unogard’s team in 11 appearances this term.

The result saw Linkopings move up to fourth on the Damallsvenskan log with 19 points from 11 matches and they will travel to face rock-bottom Vaxjo in their next fixture on August 23.