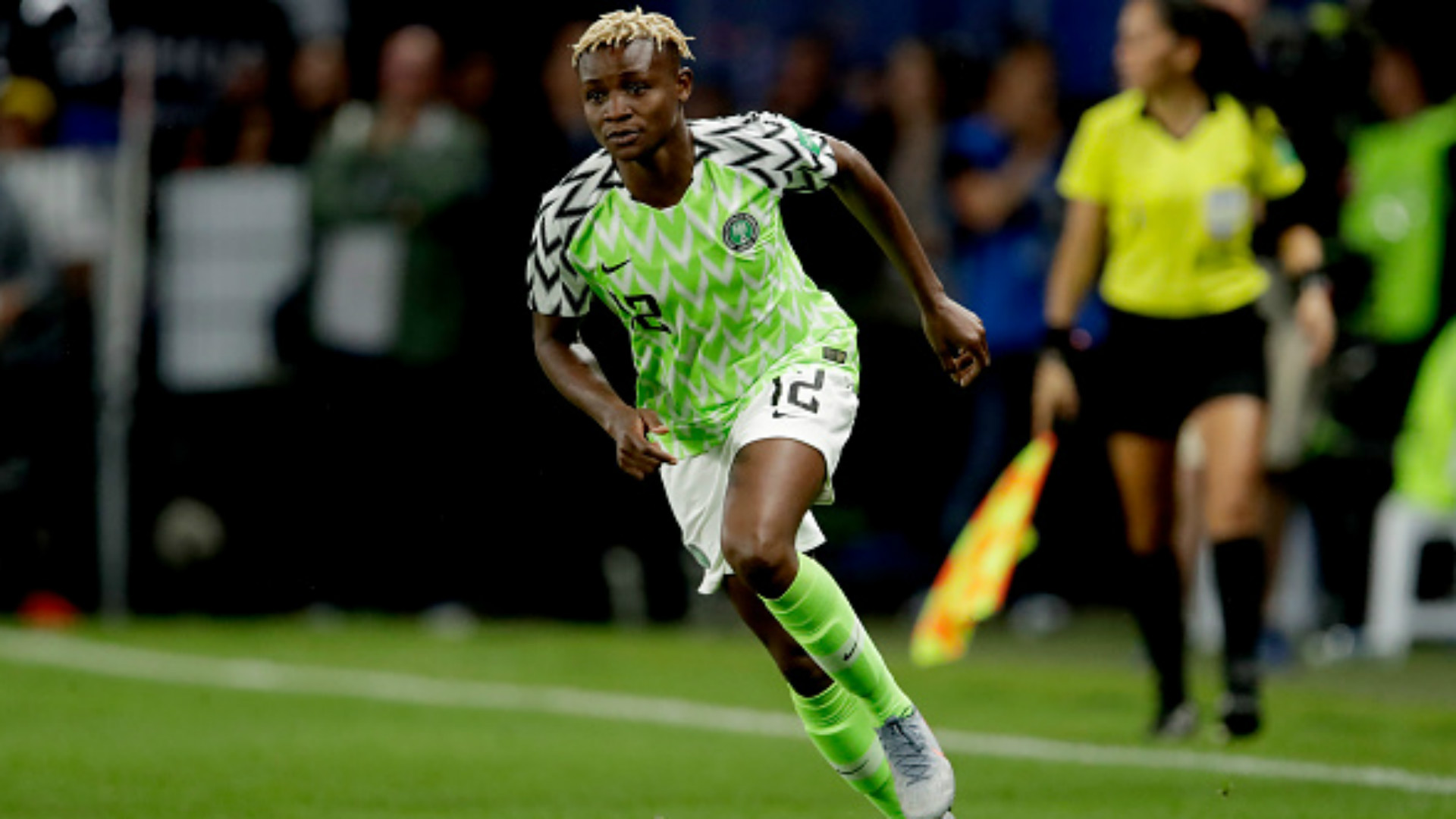 Even though the Nigerians impressed, they could not help their team to escape the first defeat of the season on Friday

Olof Unogard’s ladies enjoyed an impressive start to the campaign this season, with no defeat in five opening matches, but they surrendered a two-goal lead to suffer their first loss this term.

Eva Nystrom’s own goal gifted the visitors the lead after just four minutes. Seven minutes later, Kanu, who opened her Damallsvenskan account with the winner against Djurgardens, came close to levelling the score but her effort went wide.

In the 65th minute, Ebere, who has scored five goals in five matches this season, set up Kanu to double the lead for the visitors.

However, the hosts staged an incredible comeback when Therese Simonsson teed up Lova Lundin to pull one back 12 minutes later.

A minute after, Olivia Holm was introduced as the replacement for Eva Nystrom before the former levelled matters in the 80th minute.

Things fell apart for the visitors as Lova Lundin grabbed her second goal and the winner of the match inside injury time for Umea.

Kanu’s strike was his second of the season in six appearances. The 23-year-old was in action for the duration of the match and Ebere was replaced by Alva Selerud in the 83rd minute for Unogard’s side.

With this result, Linkopings remained third on the log with 15 points after recording their first defeat in their last six outings.

In their next outing, Linkopings will be aiming to bounce back to winning ways when they host Örebro to Linkoping Arena on July 29.