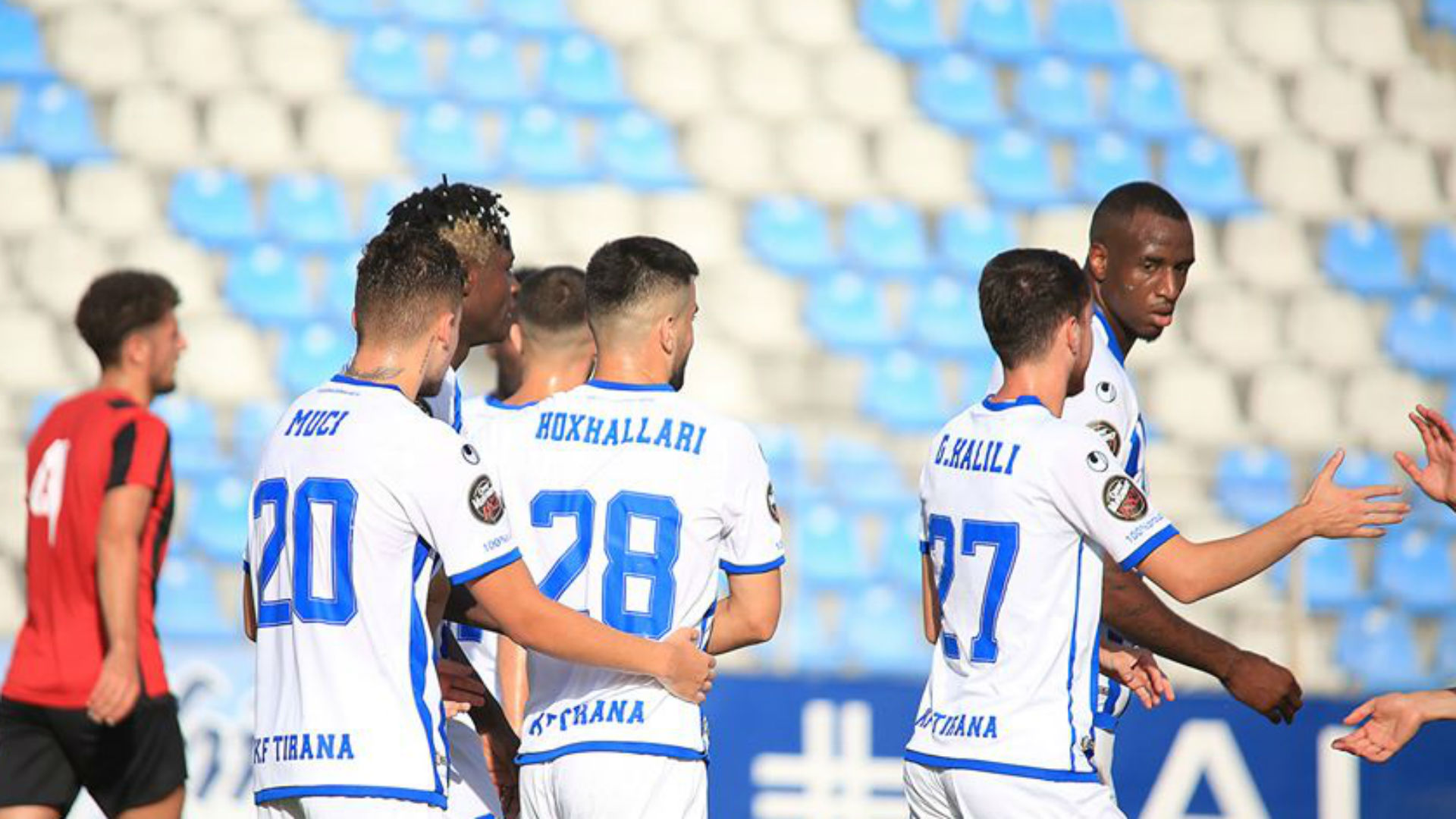 Although Dunga did not start in the Saturday match that guaranteed KF Tirana the win and a trophy, the forward would be proud of his 2019 move that has now ensured he has a league title to his name.

He was brought on in the 72nd minute to replace Winful Cobinah. Ernest Muci and Marsel Ismailgeci scored to ensure KF Tirana won 2-0 against Flamurtari on July 18 on their way to another title in their history.

The Capital City club has bagged the league trophy with two matches still remaining for the season to conclude.

KF Tirana won what became their 25th title and Dunga became the first Kenyan to lift the Albanian league.

Simba SC’s Francis Kahata, Musa Mohammed of Nkana FC and Kenneth Muguna of Gor Mahia had stints at the club but did not record a league success with them.

Kahata was at KF Tirana in 2015 while Muguna and Mohammed joined them in 2018 when the then Gor Mahia coach Jose Marcelo Ferreira ‘Ze Maria’ signed them.

Dunga bagged the gong alongside Ghanaian Cobinah who joined KF Tirana from Hearts of Oak in 2018.

As Cobinah made 29 appearances for the club and scored seven goals, Kenya’s Dunga played in 13 games and scored three fewer goals than Cobinah.

KF Tirana were established on August 15, 1920, and could crown their 100th anniversary with a double should they defeat Teuta Durresin during the upcoming domestic cup final.

Dunga arrived at KF Tirana last year from another Albanian club Luftetari where, from 2018 to mid-2019, had played in 24 matches and scored seven goals.

The 27-year-old forward played for Greek side Acharnaikos between 2016 and 2017, featured in seven matches and scored three goals before he moved to Morocco and signed for Raja Beni Mellal.

From Raja Beni Mellal, Dunga signed for City of Lusaka in 2017 and in 2018 he left for NAPSA Stars, another Zambian side.

Dunga’s maiden league trophy will count as the first for KF Tirana who last won it in the 2008/09 season.