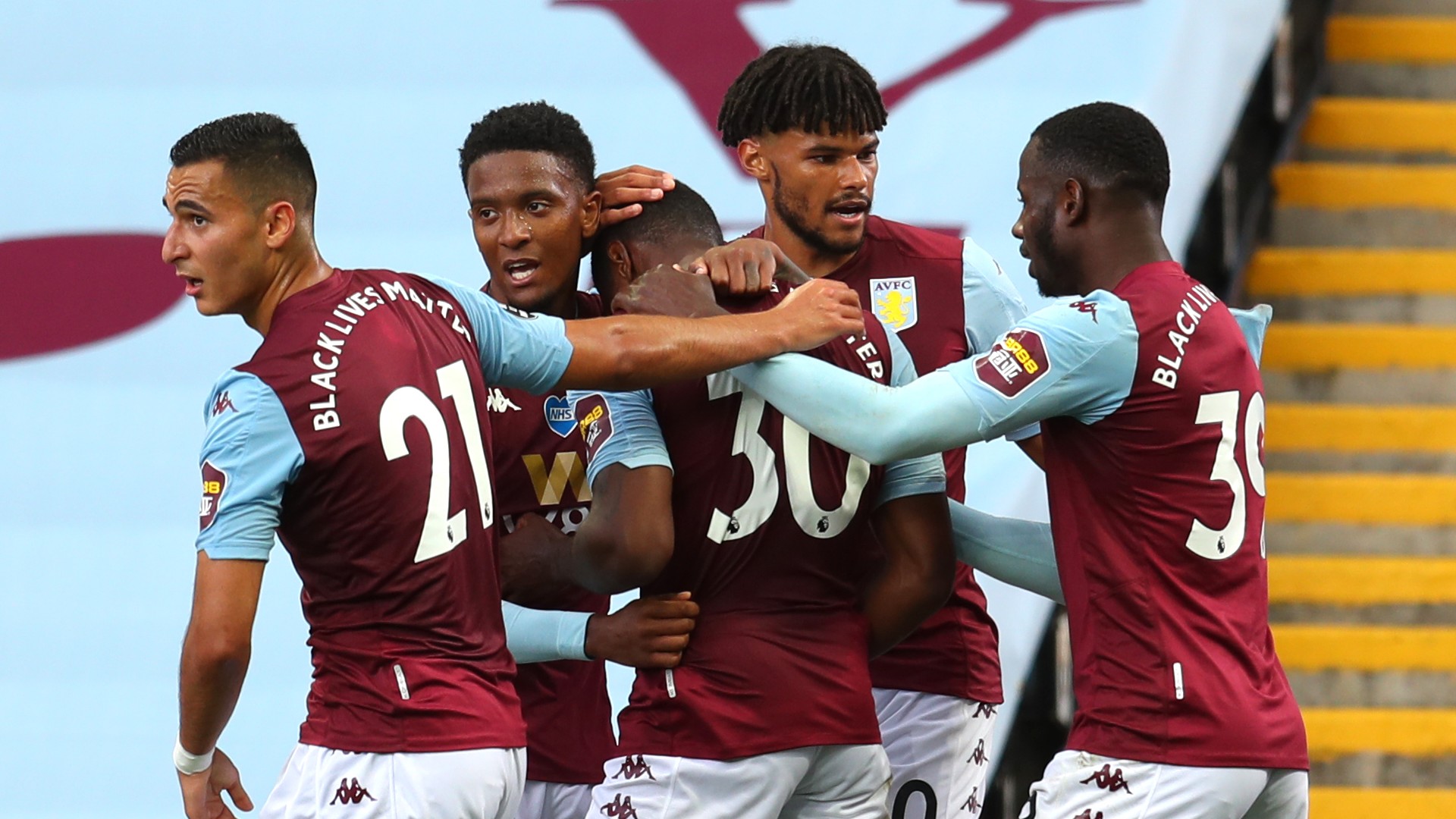 Thanks to Sunday’s away point at West Ham, the Claret and Blue Army retained their English top-flight status, to the euphoria of the Africans

Despite Andriy Yarmolenko cancelling out Jack Grealish’s goal six minutes from full-time, Dean Smith’s men retained their place in the English top-flight at the expense of Bournemouth and Watford, who followed Norwich City to the Championship.

Congo and Angola prospect Ezri Konsa saw every minute of action, with Egypt’s Trezeguet getting substituted for Anwar El-Ghazi in the 90th minute, while Tanzania‘s Mbwana Samatta was replaced by Keinan Davis with 23 minutes left to play.

Zimbabwe international Nakamba was brought on for Conor Hourihane in the 76th minute.

“I feel better than I did after getting us promoted last year in the play-offs, and that’s the honest truth,” he told the club website.

“It’s been a tough season but a really enjoyable one. I’ve learned a lot, about myself, about the players.

“It’s a magnificent achievement, it shouldn’t be overlooked.

“Whether we got relegated or stayed up, my words would have been the same.

“We had a big turnaround in the summer and we had to rebuild the squad, made 12 changes.

“People looked at the amount of money we spent rather than what we had to do.

“We’re averaging £9.5million per player, which, in the Premier League, is not big by any means.