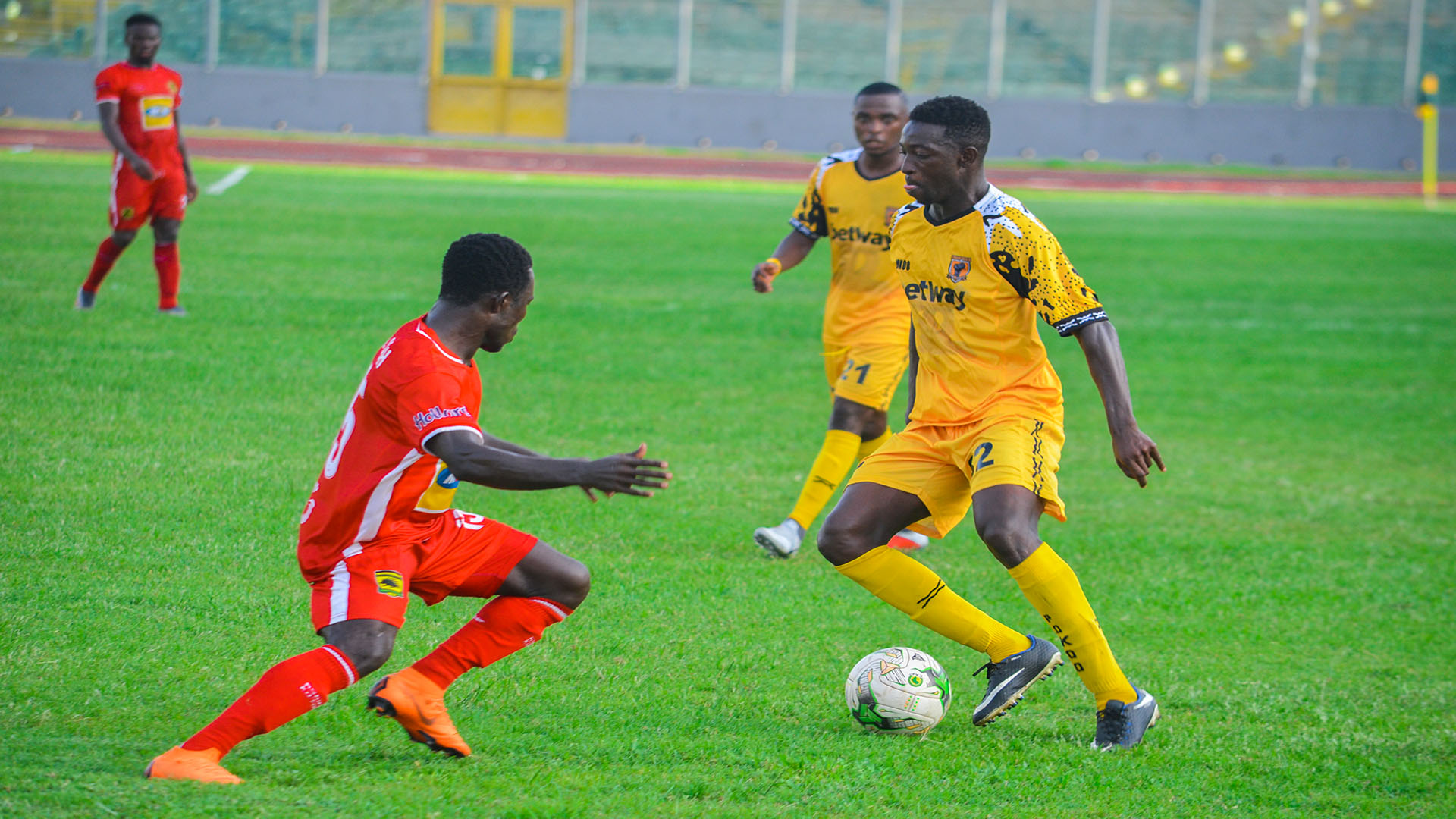 Ashanti Gold have denied media reports of positive coronavirus tests in their camp as they step up preparations for the Caf Confederation Cup.

News making the rounds was that the Miners recorded positive results as players and officials were reportedly tested.

The Obuasi-based side is bracing themselves for a possible domestic football return in October as well as their adventure in the 2020-21 Caf Confederation Cup.

“We would like to emphatically state that, none of our players and officials has tested positive for the novel coronavirus,” the Miners announced on their official website on Thursday.

“The club’s screening exercise is scheduled to take place this week; results will only be known after players and officials have been tested. All contrary publications should, therefore, be disregarded and treated with the contempt it deserves.

“The playing body is scheduled for a screening exercise on Friday, August 7 and Saturday, August 8 whiles the entire backroom staff would undergo testing on Wednesday, August 12, 2020.

“This decision is necessitated by Management’s objective to prepare the team for a possible resumption of football activities in Ghana.

“The screening exercise would be conducted by our medical team with the support of the Kumasi Centre for Collaborative Research and Tropical Medicine (KCCR).

“The club successfully went through Fifa’s Pre-Competition Medical Assessment (PCMA) last month. It is therefore expected that these medical assessment procedures will inform Management’s decision and prepare the team ahead of the new season.”

AshGold are set to make a second successive appearance in the Caf Confederation Cup.

Upon winning the 2019 Ghana Special Competition Tier 2 Cup, the Miners represented the West African nation in the 2019-20 continental inter-club championship where they suffered a first-round elimination at the hands of Moroccan fold RS Berkane.

After the premature termination of the 2019-20 domestic football season, including the Ghana Premier League (GPL) and the FA Cup, Roberto Landi’s outfit received a nod from the Ghana Football Association (GFA) Executive Council to fly the flag of the nation in the Confederation Cup next season.

On the domestic level, AshGold are targeting their fifth league title, their last success coming in 2014-15.