Coronavirus and football: When supporters’ clubs unite to help 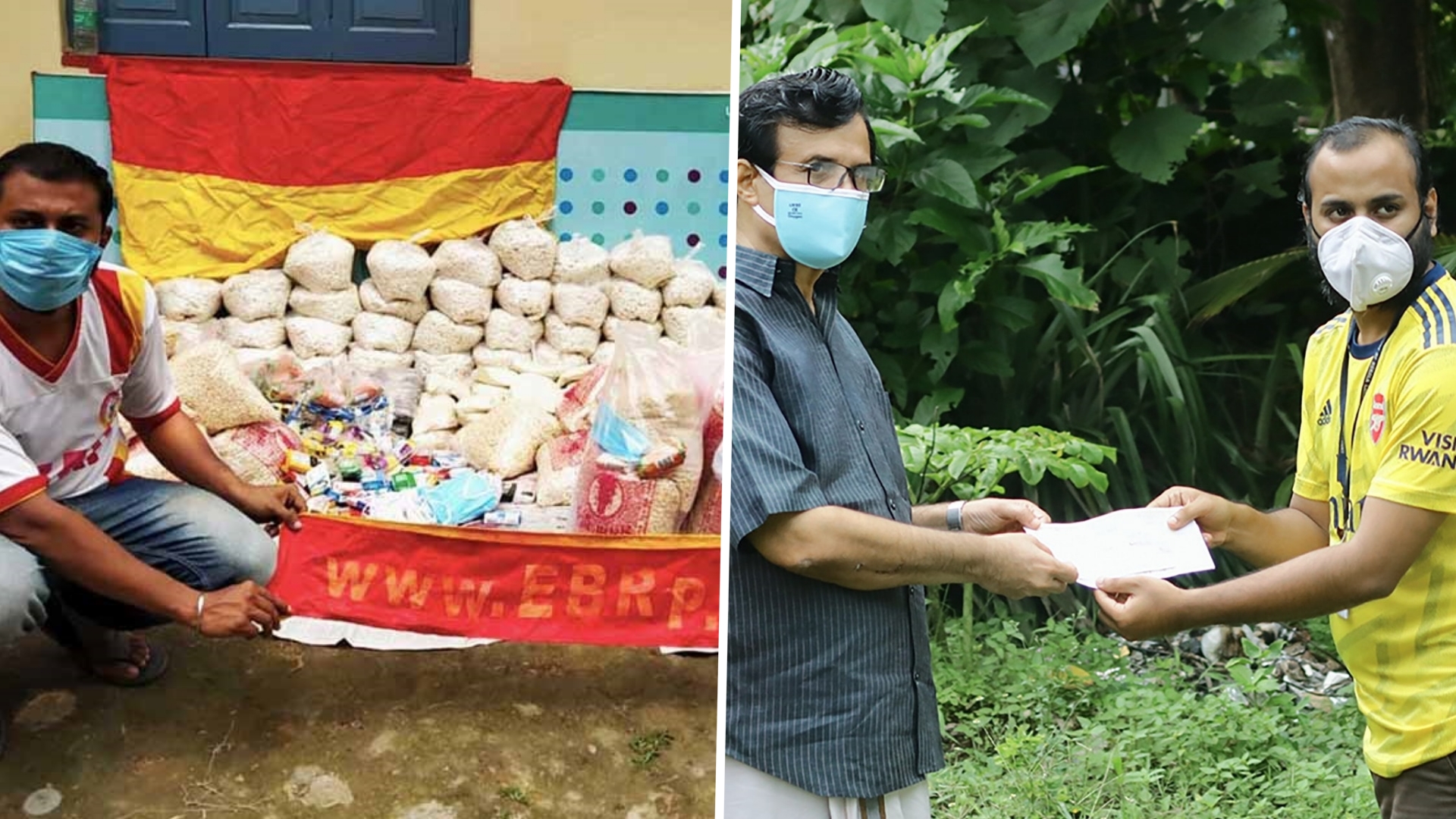 If you are part of supporters’ club, you are in an organization that can help people in need…

Do you have a friend who has, at some point, asked you why you are ‘wasting time’ being a part of a supporters’ club?

Sports has risen above the levels where it is considered as just another way for people to have fun. It has managed to unite people and has influenced followers to give back to society.

Only three months ago, Kerala Blasters fan group Manjappada organized a Pro Evolution Soccer (PES) football tournament and donated the money earned from the event to the Chief Minister’s Distress Relief Fund (CMDRF) and the PM Cares fund. They were able to collect and donate more than INR 1 lakh with the help of football lovers across the state.

The lockdown in India due to the Coronavirus pandemic started in March and is still enforced in certain zones. Sporting activities are yet to resume and there are uncertainties in every field which have left several in need of financial aid.

A few weeks ago, Arsenal Supporters’ Club Kerala donated INR 1 lakh to the CMDRF to help the state fight the pandemic.

“We initially thought we couldn’t do this because of everyone’s financial situation. A few members of the group put forward the idea and we launched a campaign officially. We spread the message in all our groups and there were a lot of youngsters who took it up actively,” Sandeep, a senior member of the Arsenal fan group told Goal .

“Keeping aside all the rivalries, there is a bond between fans of different football clubs. Ultimately, football unites us and it has given us an opportunity to do something useful,” he added.

In Kolkata, Debu Dutta, a bereaved Mohun Bagan fan donated the money he kept aside for the Shradhh ceremony of his late father, a gesture that the club’s top officials including Srinjoy Bose acknowledged. “The Shraddh function is due on April 25 but owing to the ongoing situation it will not be possible to feed people during the ceremony. So I decided to donate the amount I had kept aside for this to the State Relief Fund,” Dutta told PTI.

East Bengal Real Power (EBRP), a fan forum of the historic club also organized a collection drive for the Government fund and brought in nearly INR 72000 in just four days. They also helped out a couple of ardent East Bengal supporters who needed financial help. These are proof that football fan clubs, when dedicated and united for a cause, can yield massive results.

Dear @LFC fans,
Something really beautiful happened today. Our #LFC boys from Mangalore took up this great initiative of celebrating the our first PL title win in 30 years by feeding the needy and poor. They prepared and distributed 900 packets of food. @LFC @PeterMooreLFC (1/n) pic.twitter.com/s664xW6sVs

Liverpool fans across India were delighted as the Reds finally clinched the Premier League title a few weeks ago. The Liverpool supporters’ club in Mangalore took the celebration to another level when they fed the needy in their city. The money collected from the Reds in the city was enough to fund the catering of 900 packets of cooked food which was then supplied to hospitals, orphanages, old age homes and the homeless people in the city.

Fan clubs of Tottenham Hotspur in Bengaluru and Kerala also did their part. Bangalore Spurs delivered food packets for the poor in association with the city police. Kerala Spurs donated a Smart TV to an underprivileged family so that kids can attend online classes.

Our supporters’ club @KeralaSpurs has donated a Smart TV to an underprivileged family so that kids can attend online classes 👏 💙 #COVID19 ⚪ #COYS https://t.co/0jKFmvgb5T

Were all these done only because there is a pandemic? The answer to that is a firm no as these groups are active throughout the year to celebrate football on and off the field.

Let your friend know that you did your part when it mattered.