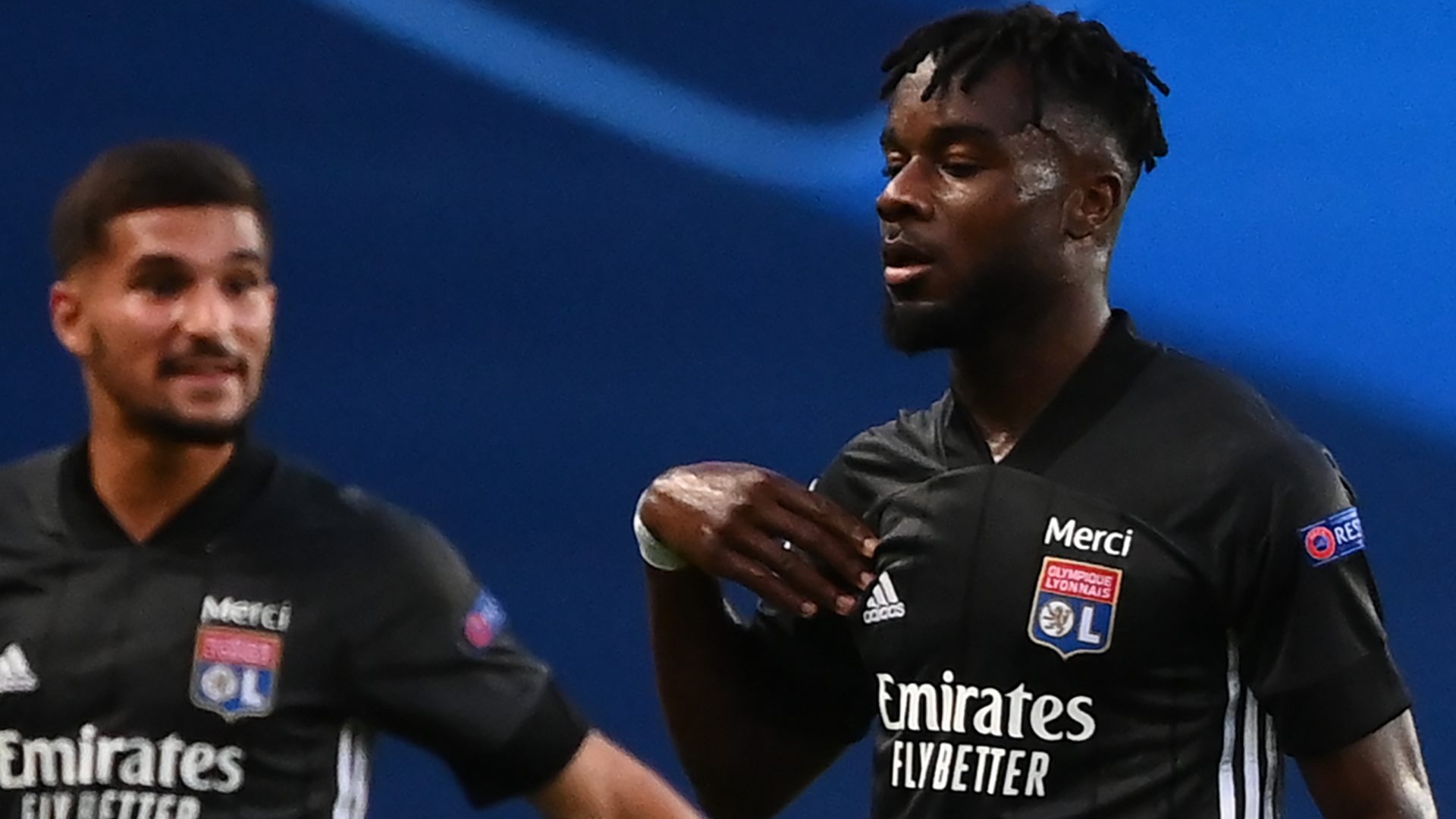 Maxwel Cornet continues to haunt Manchester City as the Lyon star equalled Lionel Messi on Saturday with his latest goal against the Premier League side.

The 23-year-old forward left Pep Guardiola’s side stunned in the first half of Saturday’s Champions League quarter-final as he fired underdogs Lyon into the lead.

Following a spectacular tackle from Eric Garcia to dispossess Toko Ekambi, Cornet pounced as he fired a shot past Ederson and into the back of the net.

The goal gave Lyon a 1-0 lead early, but it wasn’t the first time Cornet got the better of the City defence.

Cornet previously terrorised the City rearguard in the 2018-19 Champions League, as Lyon faced off with Pep Guardiola’s side in the group stage.

After scoring the first of two goals in a 2-1 win at the Etihad in the first match of the group stage, Cornet fired two more in their second clash, a 2-2 draw back in France.

With Saturday’s goal, Cornet now has four goals against City over the last two seasons, giving him the joint-most goals against the club in the Champions League since Guardiola took over in 2016.

4 – Maxwel Cornet has now scored four goals against Manchester City in the Champions League – since Pep Guardiola took charge of the club, only Lionel Messi (4) has scored as many against them in the competition. Thorn. #UCL pic.twitter.com/WqRGAhE5Et

Only Messi has scored the same amount since the Catalan arrived at the Etihad, with the Argentine firing four times as Barcelona faced off with his former manager back in the group stage in 2016.

Cornet has not had a particularly prolific campaign for Lyon, having fired only four goals in 22 Ligue 1 matches this season.

The Ivorian international joined Lyon from Metz in 2015, having made at least 36 appearances in each of his first five full seasons with the Ligue 1 side.

Internationally, Cornet has scored four goals while earning 18 caps for the Ivory Coast, earning a call-up for the 2019 African Cup of Nations.

Lyon finished the 2019-20 campaign seventh in Ligue 1 after the French season was halted due to the coronavirus pandemic.

The French side did, however, stun Juventus to advance to the quarter-finals, going through on away goals despite losing the second leg 2-1.