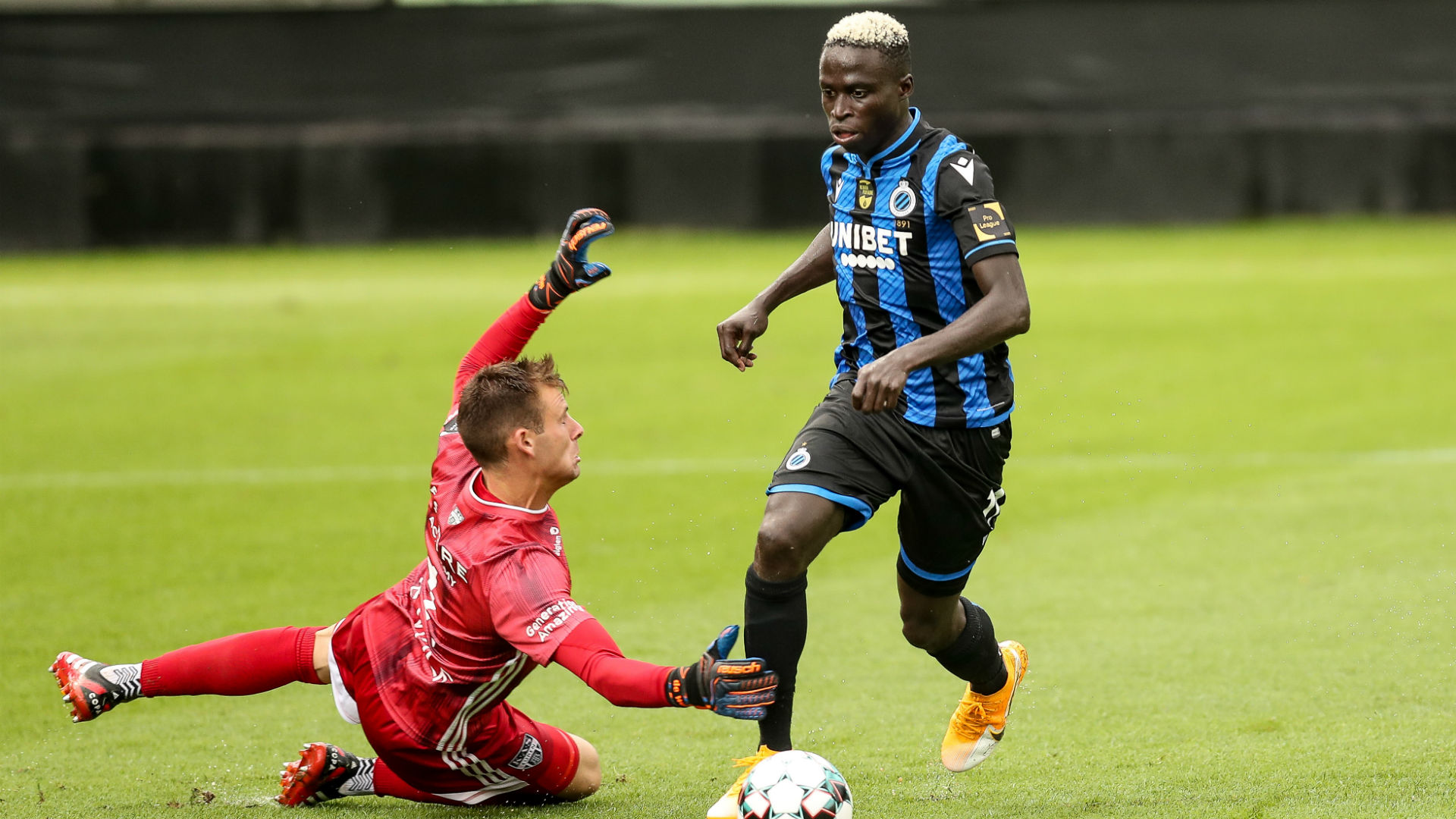 After putting up an awe-inspiring performance, the Senegal international was replaced in the 87th minute by Nigeria’s David Okereke

After losing to Antwerp in the Belgian Cup and Sporting Charleroi in the league’s opening game, the result at Kehrwegstadion helped them end their poor run.

Speaking to club website after the encounter, Diatta praised his team for grinding out the result against Benat San Jose’s Pandas – which he attributed to their positive mindset.

“I hope that with this 4-0 away win, we have eliminated all the negativity from the previous two games. Let us say that this is a much-needed victory for us,” the Oslo Academy product told club website.

“I thought we got off to a good start and after Badji made it 1-0 with a low slider, we had the game under control.

“Despite the very bad weather conditions, we managed to keep Eupen far from our goal. After the break, we tried to grab Eupen by the throat and we did it nicely.

“Even at the waterlogged pitch due to the continuous rainfall, we were still able to make some nice attacking moves.”

He also expressed his delight with his beauty which helped him complete his double against the Pandas. Diatta unleashed a screamer from 25-year that left goalkeeper Ortwin de Wolf stunned.

“Yes, the ball went in very nicely,” he continued. “I’m also quite happy with my second goal. Siebe poked the ball deep at the right time and after some dribbling, it was easy for me to make it 3-0.

“Today, we showed the right mentality and that should be a morale booster for us. It was a great team performance and we are happy to win our first away game by a four-goal margin.”

Club Brugge moved to sixth with three points from two games. They are guests of league leaders Beerschot on Sunday, with Eupen chasing their first win against Kortrijk on Friday.