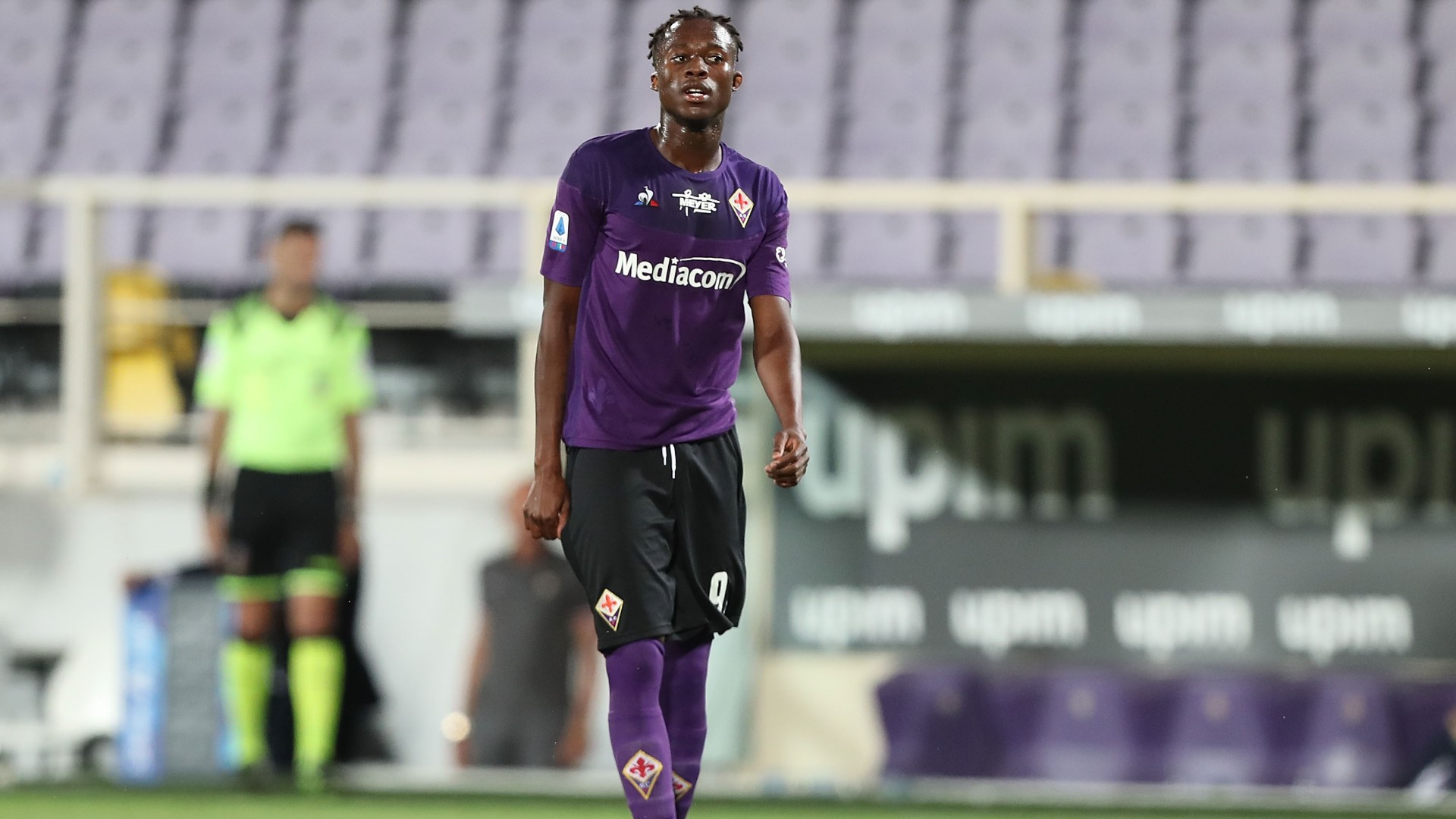 Christian Kouame had his second involvement in a Fiorentina goal after assisting Federico Chiesa in a 4-0 victory over Musa Barrow’s Bologna in the Serie A on Wednesday night.

The Viola came into this match having suffered a 2-1 loss at Roma last time out which ended their six-game unbeaten league run since a three-game winless run (D1 L2) at the restart.

They were keen to make an impression on their last home match of the season and after a goalless first 45 minutes, Giuseppe Iachini’s men took control three minutes after the break thanks to Chiesa.

The Italian hotshot then made it 2-0 in the 54th minute followed by Nikola Milenkovic 20 minutes later.

Kouame came on for Patrick Cutrone in the 67th minute and had a say by delivering a delicious pass for Chiesa who drove in from the left flank before drilling in a curled effort in the 89th minute for his hat-trick.

It marked the fourth consecutive game Kouame featured for Fiorentina and his sixth overall after making his debut in a goalless draw with Cagliari following nearly eight months out with an Anterior Cruciate Ligament injury.

It was also the 22-year old Genoa loanee’s second assist for the Florence-based team after doing so first in a 2-0 win over Torino.

On the opposite side, Barrow played for the entire 90 minutes but did not have the same heroic effect he had in Bologna’s last outing where he provided two assists and scored a late winner in a 3-2 victory against Lecce.

The Gambian forward still managed to produce two total shots, two successful dribbles from three, 50 touches and 26 accurate passes at 89%. He has scored nine goals and provided three assists since he joined on loan from Atalanta in January.

Barrow’s countryman Musa Juwara made his sixth appearance of the season after replacing Riccardo Orsolini in the 73rd minute. It was the first time he made it unto the pitch after his maiden Bologna goal in a shock 2-1 win over Inter Milan at the San Siro on July 5, Barrow scoring the other goal.

Sinisa Mihajlovic’s men end their season on Sunday when they host Torino at the Stadio Renato Dell’Ara while Fiorentina will travel to already-relegated SPAL.