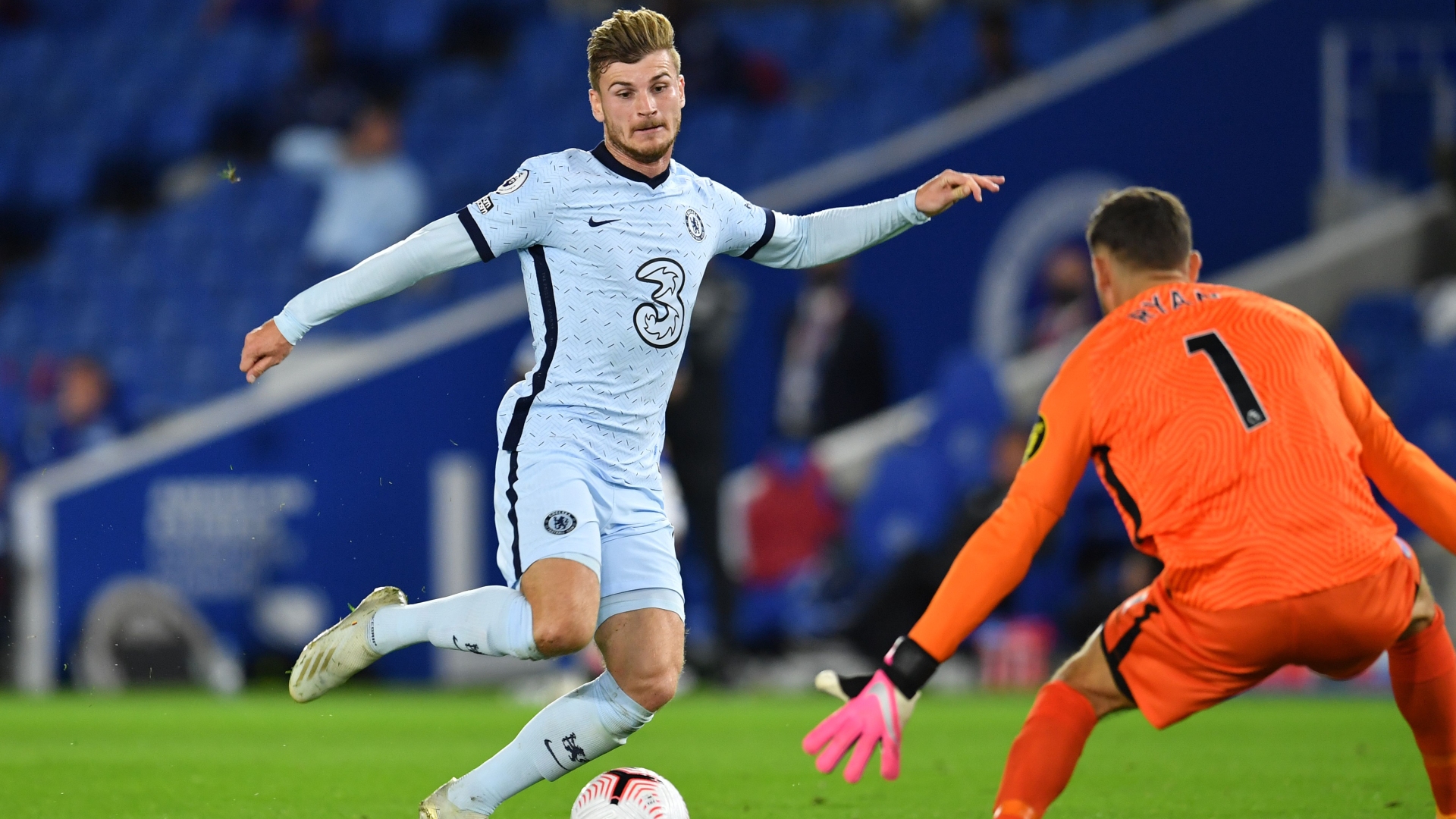 Timo Werner suffered a dead leg, but Frank Lampard is hopeful the Chelsea forward will be fit to face Liverpool.

Chelsea head coach Frank Lampard hopes Timo Werner is fit to face Liverpool after suffering a dead leg, while Christian Pulisic has had a setback.

Werner won a penalty on his Chelsea debut as Lampard’s side recorded a 3-1 win over Brighton and Hove Albion in the Premier League on Monday.

While the forward played 90 minutes, Lampard confirmed Werner had suffered a dead leg, although he expects the Germany international to be ready to face Liverpool at Stamford Bridge on Sunday.

“Timo took the knock when he won the penalty,” he told reporters.

“It’s more of a dead leg we hope so I wouldn’t think too much in terms of next week there.

“But I would like to think if it’s a dead leg we’ve got a bit of time for him to get back and right and he obviously finished the game from having that earlyish kind of knock.”

While Leandro Trossard equalised early in the second half for Brighton to cancel out Jorginho’s penalty, Reece James’ stunner and Kurt Zouma’s deflected strike sealed three points for Chelsea.

Chelsea were without Pulisic for the trip after he suffered a hamstring injury in the FA Cup final loss to Arsenal on August 1.

Lampard confirmed the United States international had a setback as he pushed to get fit for the clash with Brighton.

“Christian was training with us last week, but he had a little bit of discomfort a couple of days ago where he was trying to train with us and being in contention for today, it would’ve been a big ask for today,” he said.

“But he’s had to take a few steps back so we’ll have to see so that’s one I don’t have big news on at the minute. We’ll see.”

Lampard set his Chelsea team out in a 4-3-3 formation during the match – with Werner in the middle of a three-pronged attack featuring Kai Havertz and Mason Mount.

The Blues legend revealed he was aware that he would likely need to experiment with a number of different formations to find the right fit for his players.

“I don’t want to pin us down to one system. We have three or four players who want to play as a number 10 for us but I want us to be adaptable,” he said.

“We have a lot of attacking players, I want us to be fluid, I want that movement. We weren’t as fluid as we can be today but we will work on that.