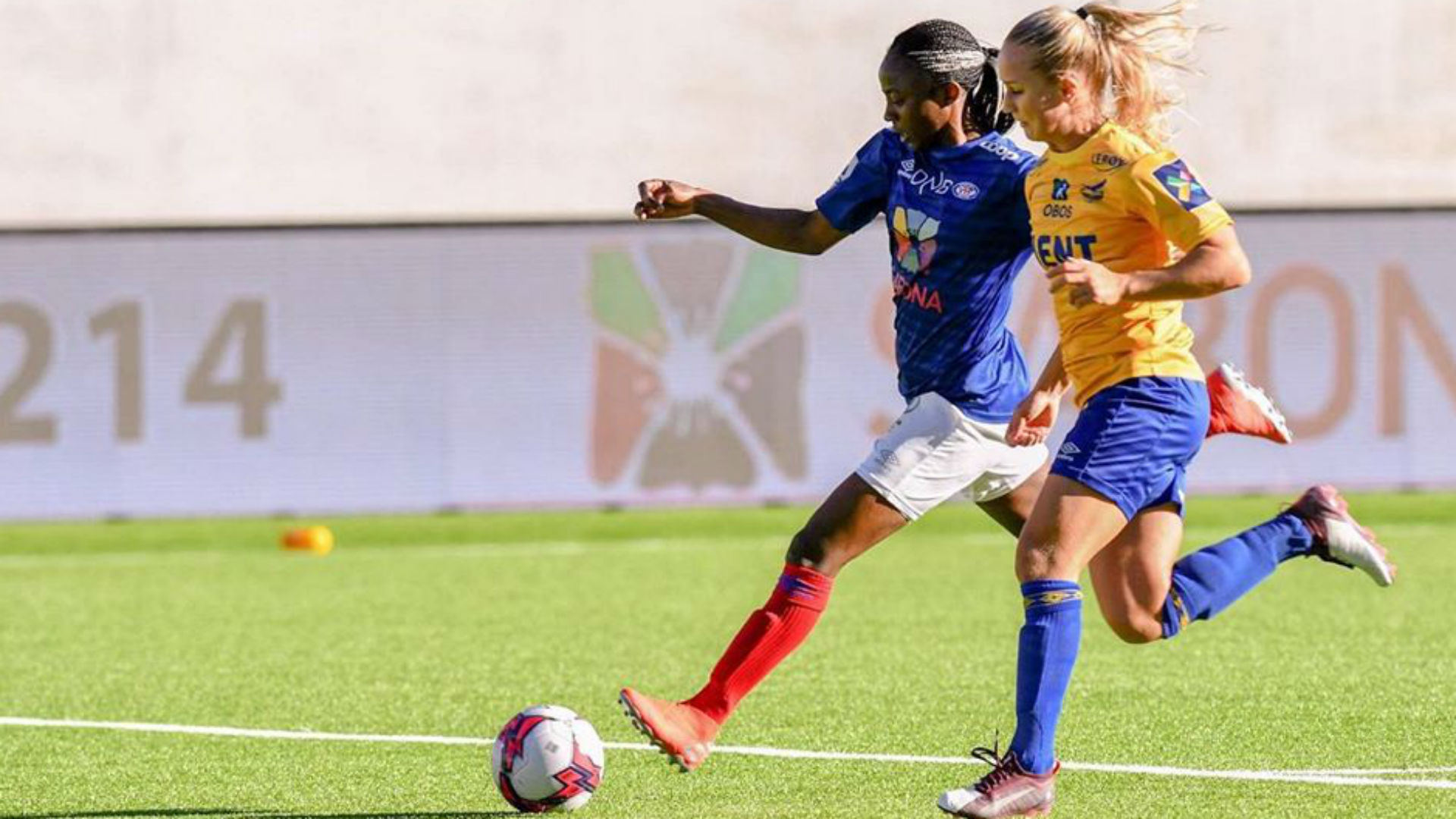 Having fallen behind in the first half, the Cameroonian ensured her Norweigan side bounced back to claim an away victory.

The 27-year-old striker could not find the back of the net on the opening day of the season against her former side Sandviken on July 4, having netted 15 goals in all competitions last season.

However, the Cameroon international banished the memories of the defeat and opened her 2020 Toppserien goal account in her side’s 2-0 win at Roa last week

On the back of their first win of the season, Nchout came close to getting the opener for the visitors but her strike came to nought as she was ruled offside in the 16th minute.

Monica Knudsen’s side went behind in the contest when the hosts gained the lead through Sofie Bjornsen in the 32nd minute.

But Nchout pulled her side level with a spectacular effort thanks to a fine assist from Celin Bizet Ildhusoy after 51 minutes.

Marie Markussen’s strike turned the game on its head in the 76th minute to secure all three points for Valerenga at Klepp Stadium.

The 2019 African Women’s Player of the Year runners-up, who played for 93 minutes before being replaced by Kine Flotre, has now scored two goals in three matches since the league resumption.

Knudsen’s side are third in the league with six points after three games and they visit leaders and Rasheedat Ajibade’s Avaldsnes IL for their next fixture on July 24.