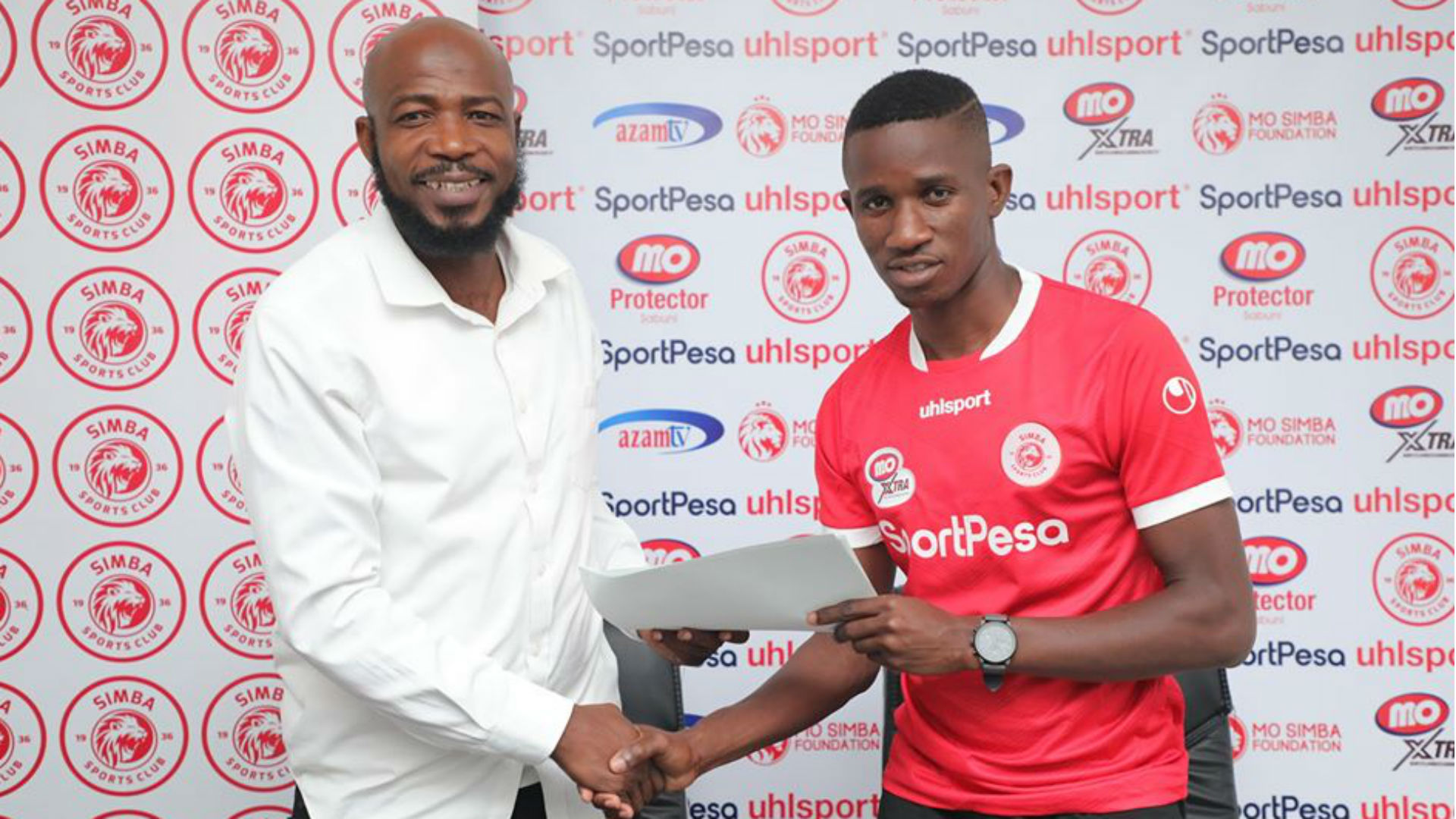 Simba SC continue to be busy in the transfer market as they have now confirmed their fifth signing in the ongoing August transfer window.

The Tanzania champions have signed Zambia international Larry Bwalya from Super League side Power Dynamos. Bwalya is the third foreign player to have signed for Wekundu wa Msimbazi so far.

“Zambia midfielder [Larry] Bwalya has joined Simba from Power Dynamos. He is best known as ‘Locomotive’ and is a box-to-box midfielder, a magician left-footer,” Simba announced as they confirmed the arrival of the star from Kitwe.

“He who brought us Clatous Chama is the one who has brought Bwalya to us.”

Wekundu wa Msimbazi claimed one of their rivals had already set out on a journey to go and sign Bwalya.

“He came with the Ethiopia Airlines, the same plane our rivals boarded to go and sign him but in short, they have failed in their pursuit.”

The 25-year-old has already featured for the Zambian national team three times. Simba have, however, failed to give the length of the contract handed to Bwalya.

Bwalya’s arrival means Simba now boasts of two Zambians. Chama was signed by the Tanzanian champions and went ahead to become one of the key figures of a dominating team in the country.

The midfielder adds to the number of foreign players already at the club. Francis Kahata and Onyango from Kenya, Luis Miquissone from Mozambique, Meddie Kagere from Rwanda, Tairone Santos and Gerson Fraga from Brazil and Morrison are the other foreigners already in the books of Simba.

Midfielder Sharaf Shiboub of South Sudan, defender Pascal Wawa of Ivory Coast and midfielder Deogratius Kanda of the Democratic Republic of Congo are also foreigners now turning out for the 21-time league champions.

Local players who have already been signed are striker Charles Ilamfia from Premier League side Kinondoni Municipal Council (KMC FC) and right-back David Kameta from relegated Lipuli FC of Iringa.

Simba are rebuilding their team with the hope of doing better in the Caf Champions League for the 2020/21 season.

They were eliminated in the preliminary round in the previous season by UD Songo of Mozambique.