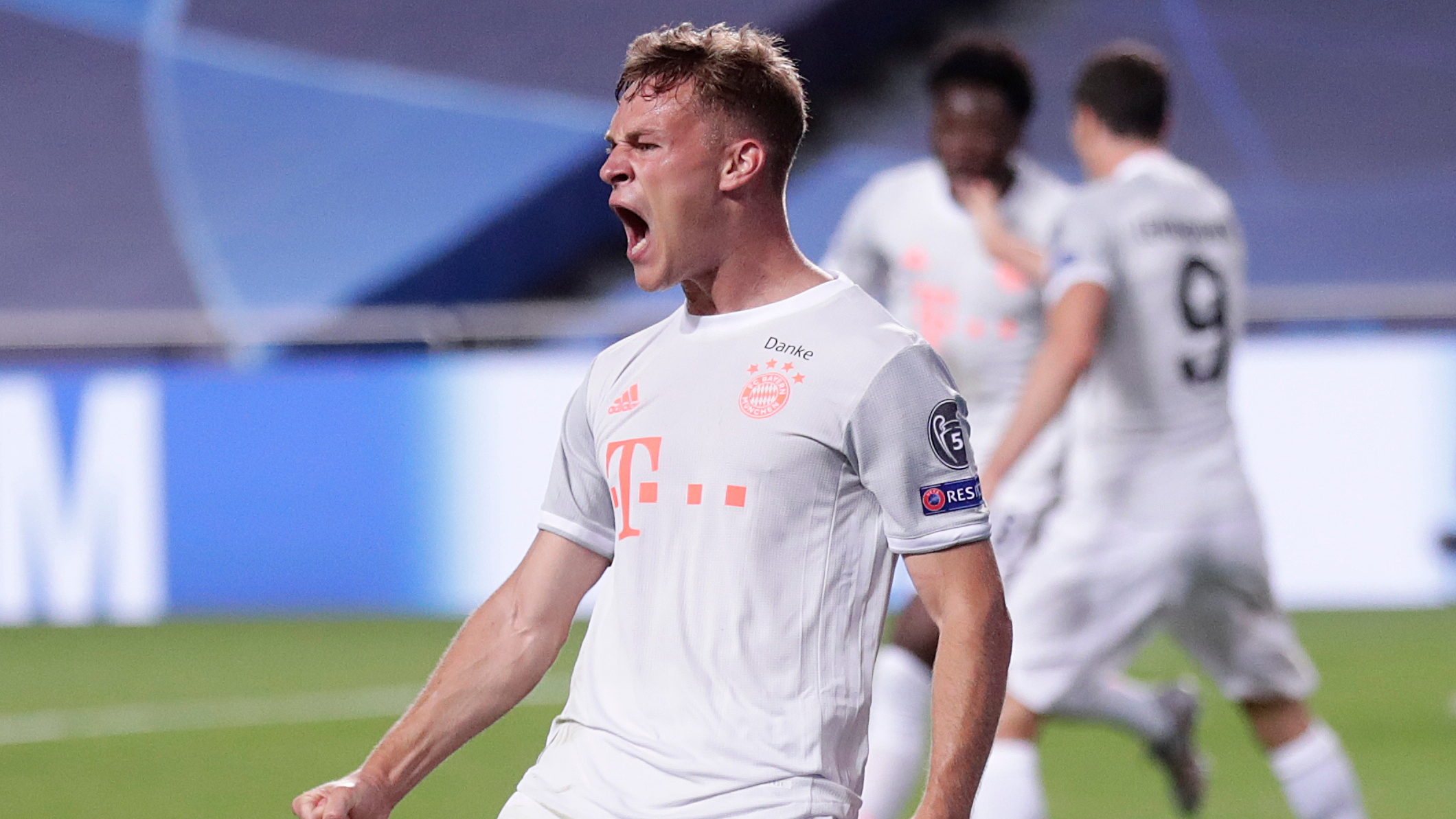 The Germans have unfinished business in the competition, according to their midfield star

Joshua Kimmich has sent a warning to the remaining teams in the Champions League, insisting Bayern are ‘not done yet’ after their ‘brutal’ 8-2 thrashing of Barcelona in the competition’s quarter-finals.

The midfielder was among the scorers as the Germans embarrassed their Spanish opposition at the Estadio da Luz on Friday night to move into a semi-final against either Manchester City or Lyon.

When asked about the nature of Bayern’s performance, Kimmich said to Sky Sports: “Brutal. It’s hard to comprehend beating Barcelona 8-2.

“We were so focused from the first minute, we wanted to get forward with intent. An incredible result in the end, but we’re not done yet.”

Muller, who opened the scoring in the fourth minute and hit the fourth goal well before half-time, struggled to elucidate why Bayern were so dominant in the match.

The German World Cup winner said it was important for the team to focus on their match because the performance against Barcelona won’t count for anything when the ball is kicked off.

“It’s tough to explain. I think in this moment our team is in incredible shape,” Muller said to BT Sport.

“Thanks for the man of match trophy – maybe we have 12 to 15 players who deserve it. We worked so hard and have this intensity. It’s tough to beat us. It was so much fun today.

“For our style of players it doesn’t matter about the names of players we are facing. When someone presses and dribbles, it’s not a problem. Then we catch the ball and have so much talent in the offensive line.

“We feel good, but now we have to be quiet and regenerate.

“Today we have to be very happy. After we wake up and answer the messages on the phone then we have to focus.

“I know about these tournament situations. Most of the time after the big wins (he played in the 7-1 win over Brazil at the 2014 World Cup) it’s difficult.”

Manchester City and Lyon will play on Saturday evening to determine which team will face the Bavarians in the Champions League semi final.

The other semi will be contested between French giants PSG and German underdogs Leipzig.