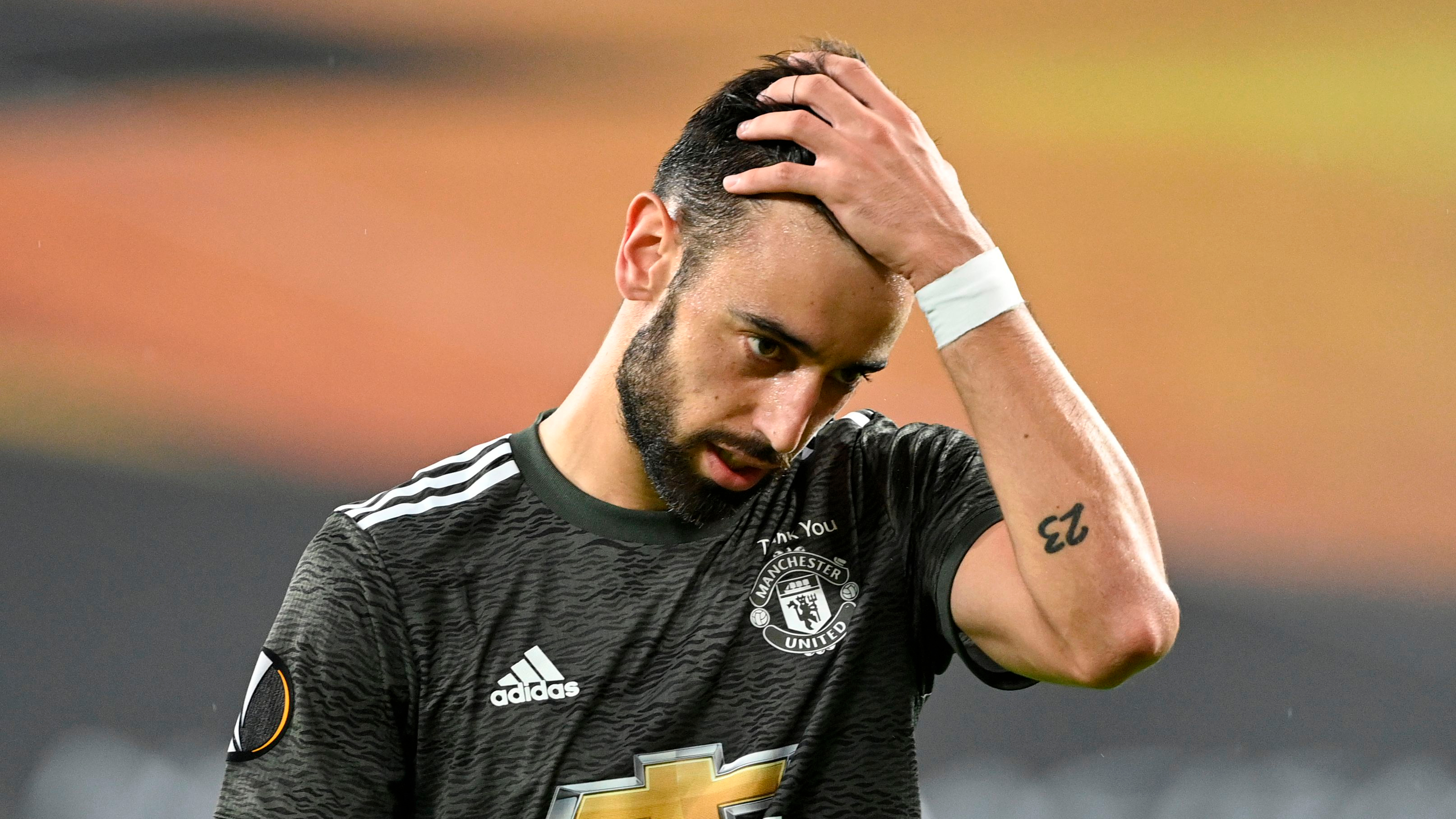 Bruno Fernandes has aired his ambition to help Manchester United to “many titles”, with the Portuguese eager to make amends for semi-final heartache in 2019-20.

The Red Devils reached the last four of three competitions in a campaign that has just come to a close.

Ole Gunnar Solskjaer saw his side make impressive progress in the Carabao Cup, FA Cup and Europa League, only for tangible success to remain elusive.

Manchester City, Chelsea and Sevilla dashed United’s dreams of silverware on multiple fronts, with the Red Devils having to console themselves with Champions League qualification through a third-place finish in the Premier League.

That is considered to be a step in right direction, but a rich history of trophy collecting at Old Trafford means that much more is expected.

Fernandes is determined to play a leading role in getting United back into the winners’ enclosure.

He has become a talismanic figure on the back of a January move from Sporting, with the 25-year-old playmaker contributing 12 goals to the collective cause through 22 appearances.

There is the promise of more to come from him on an individual level, while the desire of all of those on the red half of Manchester is to deliver cause for celebration as a collective.

In a message to the club’s supports on his personal Instagram account, Fernandes said: “Unfortunately our journey in the Europa League ends here.

“It wasn’t what we expected. We wanted to be in the final and fight for the trophy we so desired.

“Whilst we congratulate Sevilla for making it to the final, we still played well and we didn’t deserve to stop here.

“It is now time for rest and to reflect so that we come back even stronger and reach the goals we set ourselves for the next season!

“Thank you to all my team-mates and staff who welcomed me so well over these past months at the Red Devils.

“I hope to continue to learn and grow every day with you, and that we may conquer many titles in the future. Together we lose, together we make mistakes and together we grow.”

Fernandes fired United in front against Sevilla from the penalty spot, only to see the Spaniards turn the tie on its head and claim a 2-1 win.

That setback has further highlighted the need for Solskjaer to bolster his ranks in the summer transfer window, with the Red Devils now in the process of identifying and chasing down top targets.