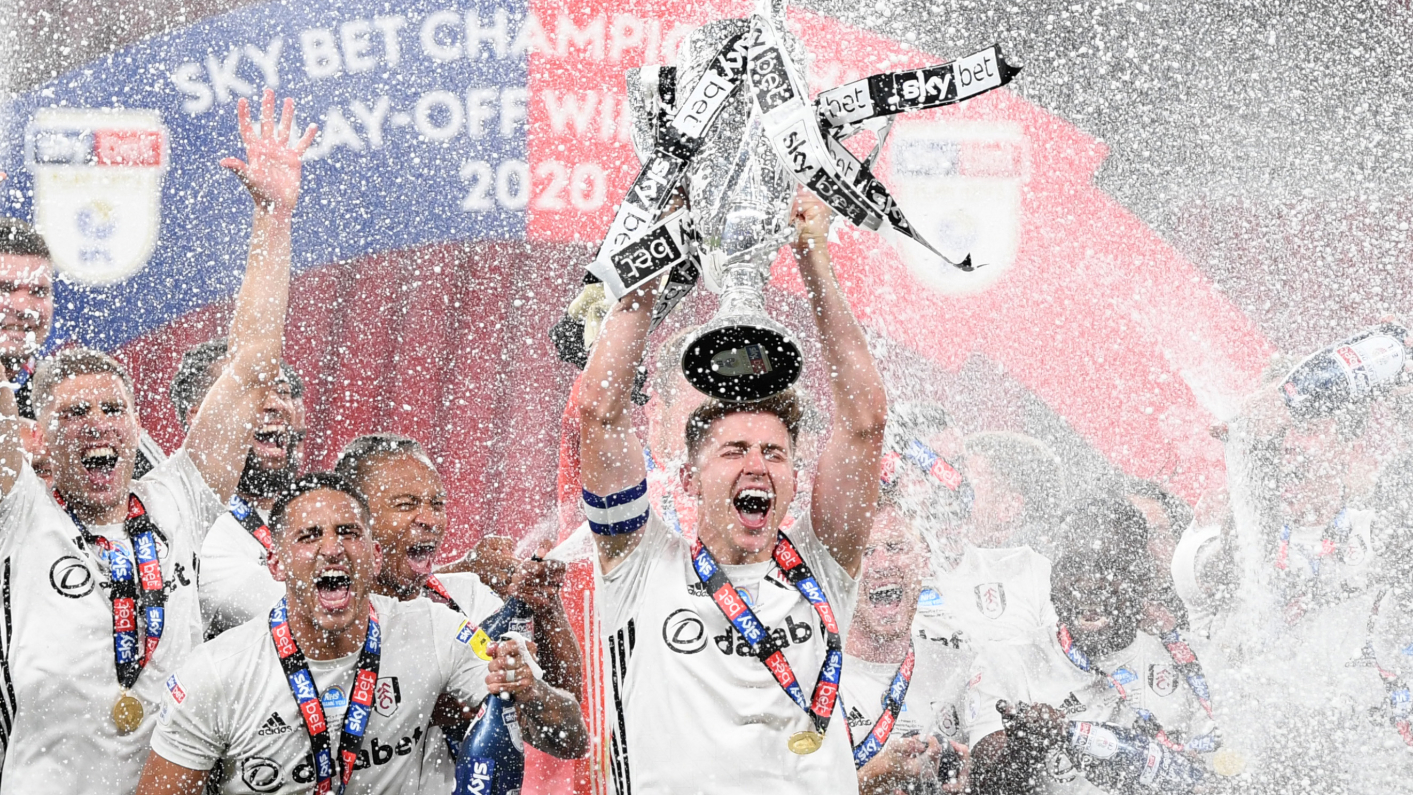 It was not the most memorable of Championship play-off finals but Fulham did enough to beat Brentford and secure a Premier League return.

The full-back caught goalkeeper David Raya off guard with a 35-yard effort towards the end of the first half of extra time, with the Brentford goalkeeper expecting his opponent to cross.

Henrik Dalsgaard pulled one back in stoppage time of the second period of extra time but it was too little, too late as Fulham returned to the top flight at the first time of asking following relegation last season.

Fulham were the main aggressors in a first half devoid of chances, Josh Onomah forcing Raya into a smart low stop down to his right after 17 minutes the closest Scott Parker’s side went.

Harrison Reed was perhaps fortunate only to see yellow for a late slide on Christian Norgaard half an hour in, while Neeskens Kebano bent a free-kick in the side-netting shortly after the break.

Fulham again had a chance when Bobby Decordova-Reid shot wide on the half-volley from a promising position inside the area.

It took until the 71st minute for Brentford dangerman Ollie Watkins to test Marek Rodak with an edge-of-the-box drive and he also scuffed wide under pressure from Michael Hector early in extra time.

The game needed a spark and Bryan provided it to the dismay of Raya, the full-back shooting from an improbable free-kick out on the left after spotting Brentford’s keeper well out of position.

Fulham made sure when Bryan received Tom Cairney’s pass, played a one-two with Aleksandar Mitrovic and slotted past Raya with his weaker right foot.

There was still time for Dalsgaard to nod in when Norgaard kept Said Benrahma’s cross alive but the seconds soon ticked down on Brentford’s promotion push as the final whistle brought delirious Fulham celebrations.

What does it mean? Fulham in the money and in the promised land

Brentford stood to gain a reported £160million if they were promoted. Fulham stand to earn slightly less at around £135m but a swift return to the Premier League will bring a sigh of a relief.

In truth, Fulham just about edged the chances without ever really creating a clear-cut opportunity, which is why Bryan’s ingenuity proved so inspired. There was a little more panache about Fulham’s second.

You do have to feel for Raya for such an incident occurring in Brentford’s biggest game of the season. Never has the saying expect the unexpected been more true as Raya was left embarrassed by Bryan.

Parker can now start preparing his Fulham side for a fresh tilt at the Premier League, while for Thomas Frank and Brentford it is at least one more campaign in the hustle and bustle of the Championship.

2020-08-05
admin
Share
Previous Hilary Duff flaunts her killer bikini body as she says she ‘stays lean’ all while ‘eating chocolate, bread and wine’
Next Redknapp was a better tactician than Wenger, says ex-Arsenal forward Merson