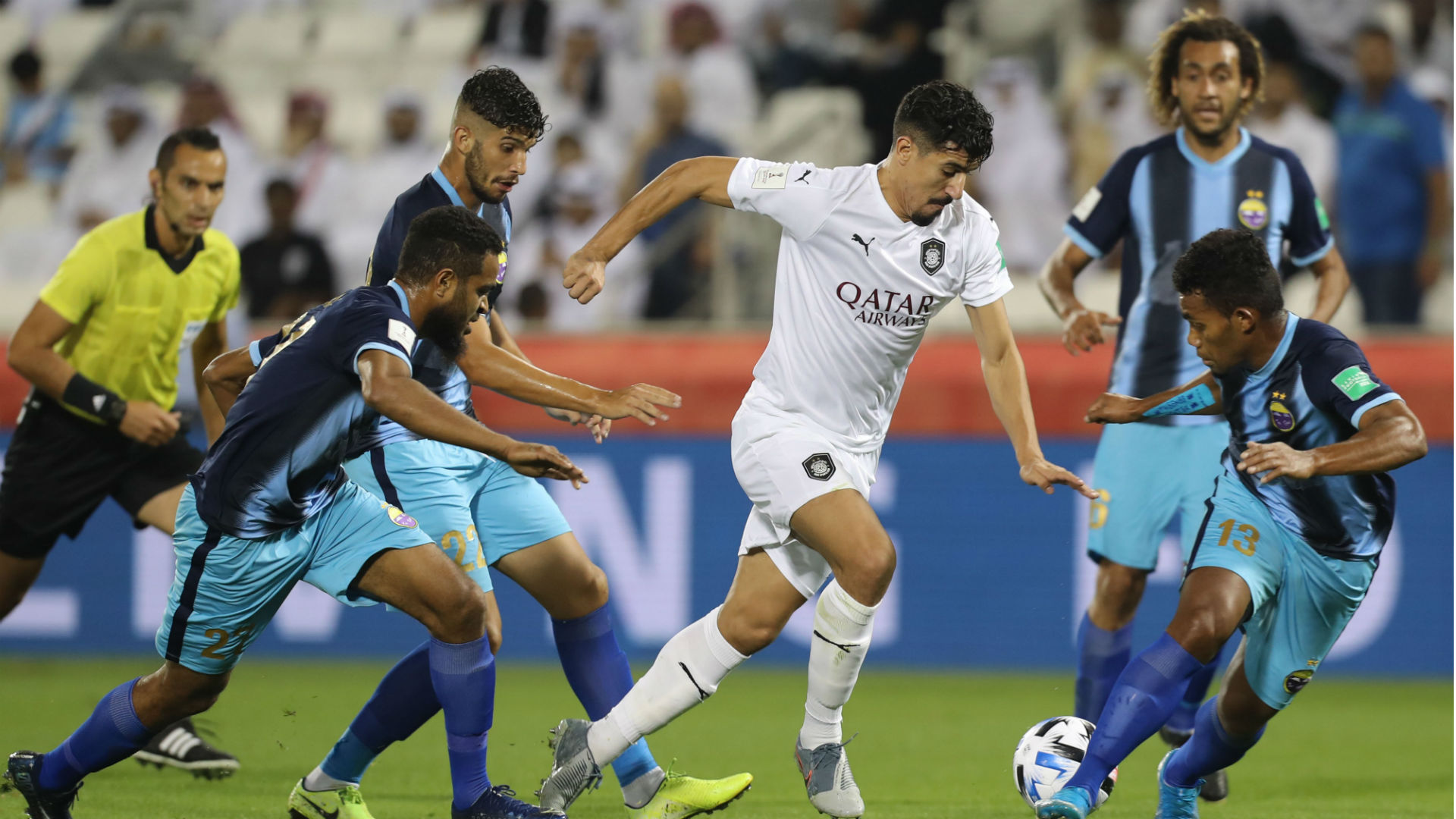 Xavi Hernandez’s men have now won all two games this season, scoring 10 goals in the process to top the Qatar Stars League

Algeria international Baghdad Bounedjah was among the goal scorers as Al Sadd secured a 5-1 away win over Al Sailiya.

Xavi Hernandez’s side came into the Qatar Stars League encounter having silenced Al Kharitiyah 5-1 in their previous tie – with the African also finding the net.

Against the Peregrines inside Hamad bin Khalifa Stadium, they continued with their strong start to the new season in the six-goal thriller.

Captain Hassan Al Heidos led by example after seven minutes by beating goalkeeper Amine Lecomte who is on loan from Al-Duhail from close range.

Former Arsenal star Santi Cazorla doubled the lead via a penalty kick on the half hour mark, with the hosts reducing the deficit through Majdi Siddiq with four minutes from half-time.

In the 59th minute, Bounedjah restored the visitors’ two-goal advantage with a cool finish. Remarkably, Al Sailiya had their chances, but they were poor in the final third.

Bounedjah – who made the 2019 AFC Champions League Best XI was in action from start to finish for Hernandez’s team as well as Senegal’s Kara Mbodji, Algeria’s Nadir Belhadj and Morocco’s Ahmed Hammoudan for Al Sailiya. Guinea-Bissau international goalkeeper Gregory Gomis watched proceedings from the bench.

Thanks to this result, Al Sadd remain as league leaders having accrued two wins from two games, while Sailiya are ninth in the log with one point from same number of matches.

Hernandez and his team will hope to continue their impressive start when they welcome Al Khor to the Jassim Bin Hamad Stadium on October 22. Before then, they take on Al Ain and Al Nassr in the AFC Champions League.

Tunisia football icon Trabelsi is expected to help his side pick up their first win of the 2020-21 campaign versus Al Kharitiyath on September 12.

Having scored three goals at the 2019 Club World Cup, Bounedjah became the first Algerian to end as top scorer in the competition. Also, he netted the Desert Foxes’ winning goal in the final of the 2019 Africa Cup of Nations.