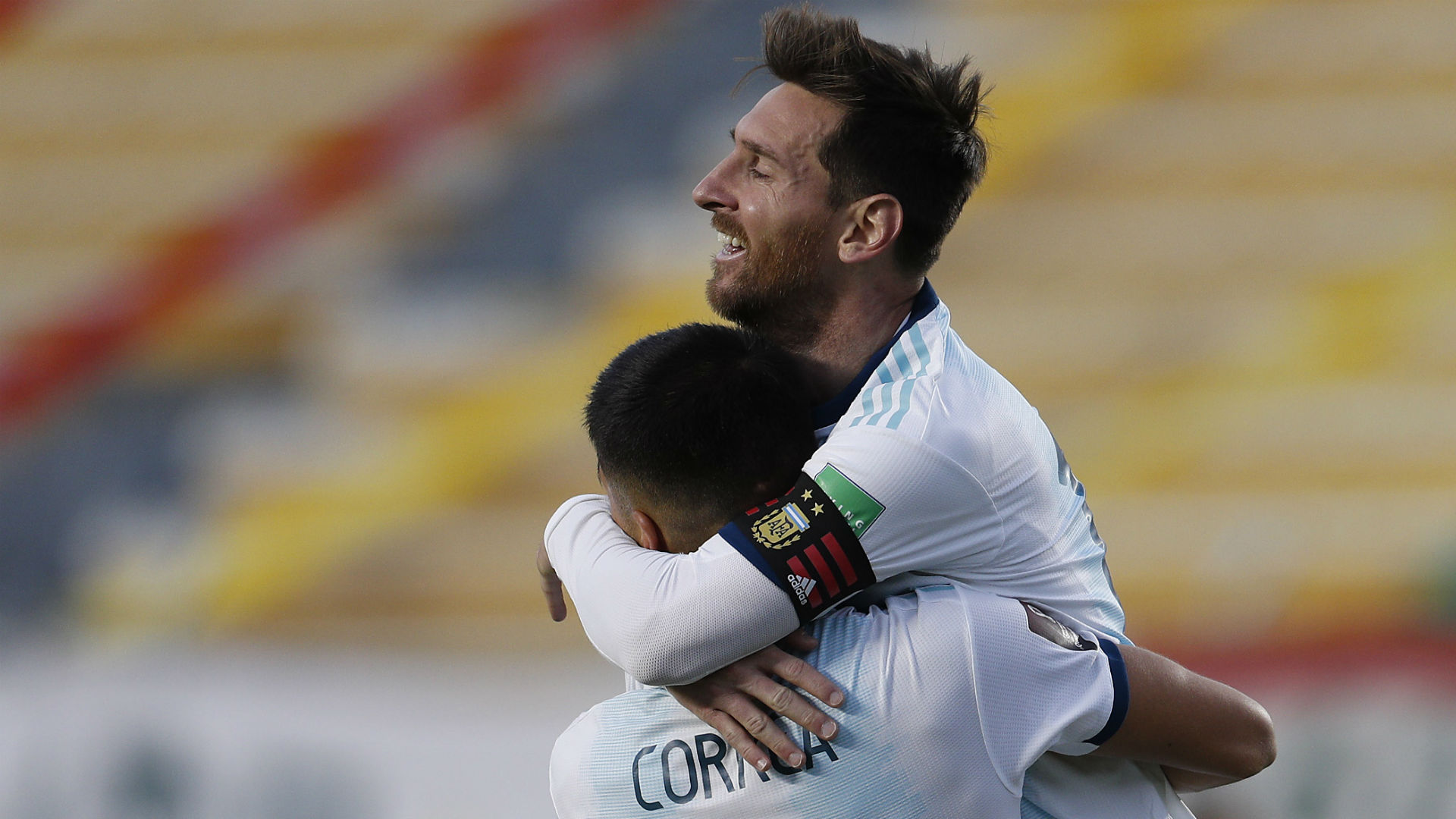 Despite playing at 3,650 metres above sea level, Argentina had enough in the tank to come from behind and beat Bolivia 2-1.

Joaquin Correa came off the bench to score the winner as Argentina came from behind to defeat Bolivia 2-1 in a World Cup qualifier on Tuesday.

Argentina fell behind in the altitude of La Paz, which is situated at 3,650 metres above sea level, when Marcelo Moreno Martins found the back of the net after 24 minutes.

Parity was restored before half-time as Jose Carrasco’s clearance cannoned in off Lautaro Martinez, who became the first Albiceleste player not called Lionel Messi to score in a World Cup qualifier since November 2016.

Correa replaced Lucas Ocampos just before the hour mark and fired home the winner with 11 minutes remaining, with Argentina claiming their first victory in Bolivia for 15 years.

Martins had a chance to put Bolivia ahead in the sixth minute but headed Saul Torres’ looping delivery wide with Franco Armani scrambling.

Bolivia threatened regularly and got their reward when Martins was left in space by Lucas Martinez Quarta and nodded Alejandro Chumacero’s cross beyond Armani.

Leandro Paredes saw a curling 20-yard strike crash back off the post before Argentina drew level in bizarre circumstances when Carrasco’s laboured attempt to clear Martinez’s cutback ricocheted in off the Inter attacker.

Argentina sat back after the restart and looked to counter-attack as Bolivia went in search of a second goal.

Chances were at a premium until Messi’s delightful throughball fashioned one for Martinez in the 75th minute. However, his cross-goal effort from the right side of the area was turned behind by Carlos Lampe.

There was nothing Lampe could do to keep out Correa, though, with the goal allowed to stand after a VAR check confirmed Martinez was onside from Messi’s pass, meaning Argentina left with maximum points from their two qualifiers.