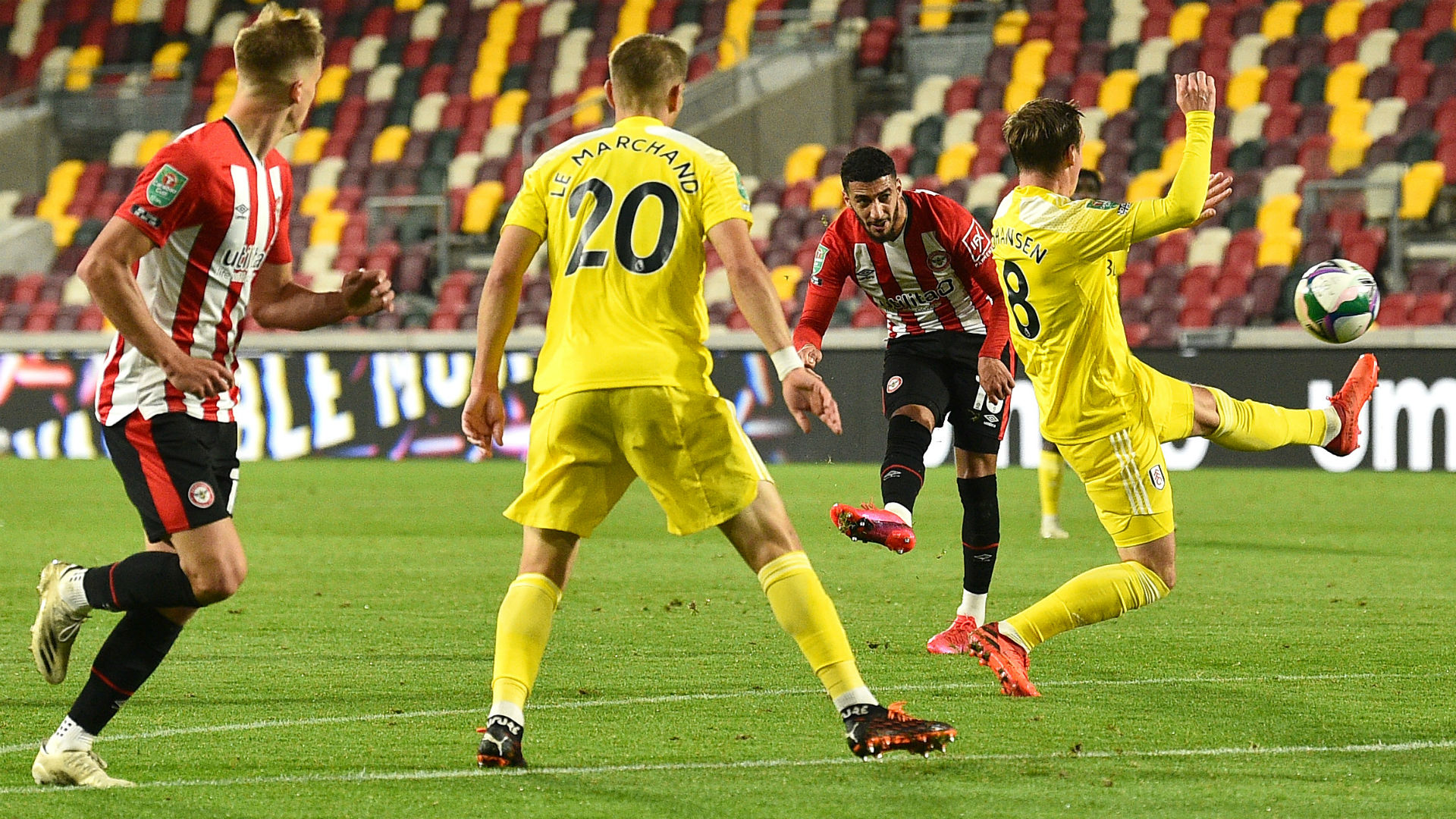 Said Benrahma found the back of the net twice as Brentford got the better of Premier League side Fulham in a 3-0 EFL Cup fourth round win on Thursday.

Both sides met in the Championship promotion play-off final last season with the Cottagers coming out triumphant 2-1 after extra-time at Wembley.

The Bees have had a reputation of dealing with top-flight sides in the cup competition this season. After a 5-3 penalty shootout win over fellow Championship side Wycombe Wanderers in the first round, Brentford went on to dispatch Southampton and West Bromwich Albion in the second and third rounds respectively with a 2-0 win at St Mary’s and 7-6 penalty shootout win at the Hawthorns.

Thomas Frank’s men enjoyed home advantage at the Brentford Community Stadium this time and took the lead in the 37th minute through Finnish forward Marcus Forss.

Pinnock heads a Thompson free-kick across goal and there is Benrahma to poke it beyond Rodak!#BREFUL #BrentfordFC pic.twitter.com/WCCnqXOMP2

They held on to this lead until the 62nd minute when Benrahma doubled the advantage with a close-range effort from a freekick.

The West London outfit were not done and still had time for one more again from Benrahma in the 77th minute, this time a fierce strike from outside the penalty area.

It was also a debut for Nigeria international Ola Aina and Ademola Lookman, who are both on loan from Torino and RB Leipzig respectively.

That is ridiculous from Benrahma.

The Algerian nutmegs Hector, then bends one into the bottom corner. What a goal.#BrentfordFC #BREFUL pic.twitter.com/BiqkA9FQel

The Algeria international who was named as Man of the Match was substituted a minute after completing his double for Fin Stevens. Apart from his goals, he also produced six successful dribbles from seven attempts, 45 touches and 11 accurate passes.

Wednesday’s victory marked the first time Benrahma made the Brentford starting XI this season, with his only other appearance being 17 minutes in their 1-1 Championship draw with Millwall.

The 25-year-old winger has been linked with a move away from Brentford all summer with the likes of Chelsea, Arsenal, Tottenham Hotspur and most recently Leeds United all rumoured to be interested in signing him.