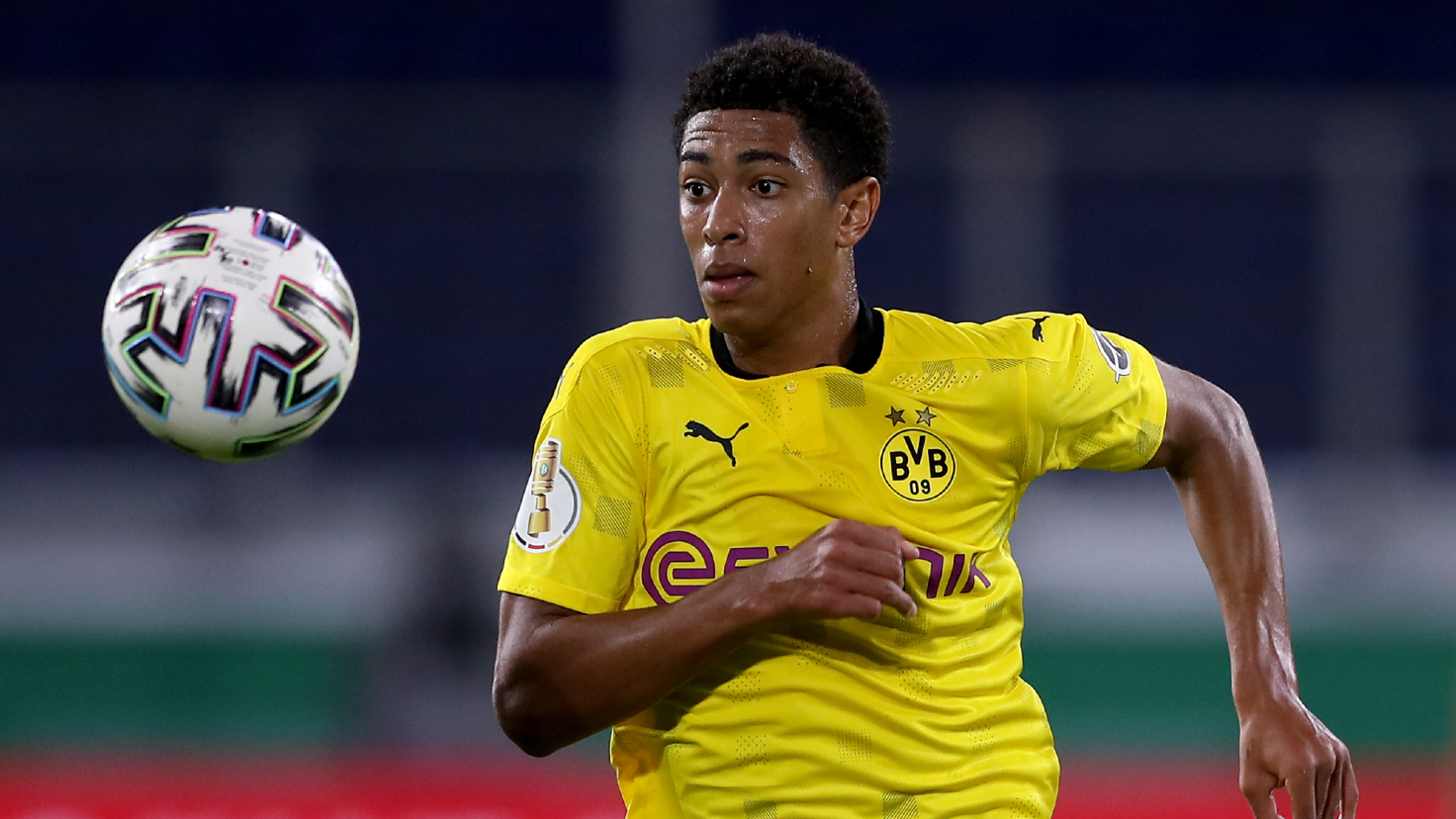 New Borussia Dortmund talent Jude Bellingham has made an impression on team-mate Thorgan Hazard, with the Belgian admitting the teenager ‘plays like a man’.

The 17-year-old became Dortmund’s youngest scorer in their history with his goal on debut in the 5-0 DFB-Pokal victory over Duisburg on Monday.

Bellingham only joined the Black and Yellows in July – choosing them ahead of Manchester United – in a deal worth €25 million (£23m/$29m) to his former club Birmingham City.

However, Hazard has been impressed by Bellingham’s time at Signal Iduna Park so far, believing the England under-21 international performs well above his age.

“He is only 17, but he plays like a man,” Hazard said after the Duisburg clash.

“He is everywhere on the pitch, can score goals and defend. He is a very good player to keep the balance between attack and defence. He can help us a lot.”

Bellingham’s impact on the team has also been felt by Dortmund’s coach Lucien Favre, who says the midfielder gives him plenty of different options going forward.

“During pre-season, I’ve got to know Jude better,” Favre told the Swiss Telegraphic Agency, as per Bundesliga.com

“I like the way he handles the ball, how he defends it. He gives us a number of tactical possibilities and has a fantastic presence.

“He can play as a number six or number eight, is a good passer and tries to put himself in scoring positions. He has the technical skills and a feel for space. That’s why it’s easy for me to work with such a talent.

“With someone like him, I don’t look at the date of birth.”

Bellingham himself has been delighted to join the Dortmund set-up, which has harnessed talent from players such as Jadon Sancho, Erling Haaland and Christian Pulisic in recent seasons.

Speaking after he signed at the club, the midfielder said he was delighted with the faith shown in him by Dortmund in purchasing him for such a large fee.

“I’m very grateful to get the opportunity to play for this club,” Bellingham said.

“I really appreciate the trust they’ve put in me by signing me. We’ve had a lot of training sessions, a few pre-season games and I just can’t wait to get started. It’s been so far, so good for me and I just want to carry that into the main season.”