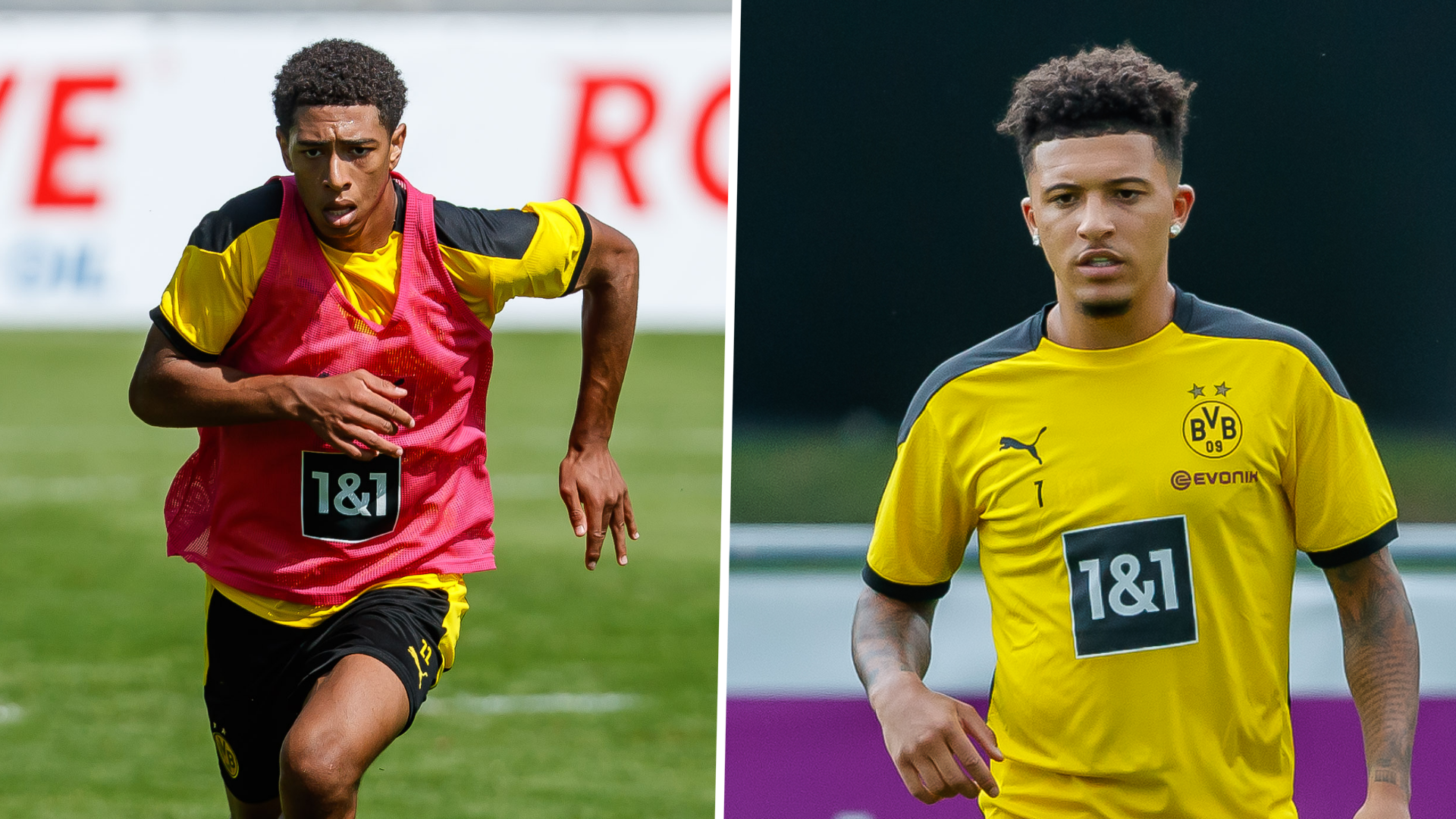 Both players joined the Bundesliga side as teenagers, moving from clubs in England

Bellingham joined Dortmund from Birmingham last month, becoming the most expensive teenager in Europe when he completed a €25 million (£23m/$29m) move.

Sancho also left England as a teenager to join Dortmund when he made the move to Germany from Manchester City in 2017.

Having a shared experience has been a big factor in the relationship between the pair, with Bellingham hailing his team-mate in a Q&A on Dortmund’s Twitter account on Tuesday.

“Jadon has been very helpful for me, not only is he great to play with but he always makes sure I understand what information the coaches are giving to us,” Bellingham said.

Bellingham and the rest of his Dortmund team-mates will hope to have Sancho’s services in 2020-21 as Manchester United continue to pursue the 20-year-old.

On Monday, Dortmund sporting director Michael Zorc attempted to put the matter to bed when he declared in no uncertain terms that Sancho will stay.

“Jadon Sancho will play with us next season,” Zorc said. “The decision is final. I think that answers all the questions.”

However, later in the day Goal reported that the matter was far from settled and United are refusing to give up in their pursuit of Sancho.

United are, however, frustrated at the pace of negotiations as Dortmund continue to hold out for a fee of €120 million (£108m/$142m) for the England star.

Dortmund will hope to keep Sancho so they can pair him with another major star of last season, Erling Haaland.

Bellingham was quizzed on who had more speed between himself and the Norway striker and replied: “I don’t know, I’ve never raced against a machine before! It’d be a hard one I guess.”

The 17-year-old also revealed that in addition to Sancho, he has also bonded with another new signing in Thomas Meunier.

“Because we are living so close at the moment I have spent quite a bit of time with @ThomMills,” Bellingham said. “We’ve played table tennis and he’s helped me get home from training. Some guy!”