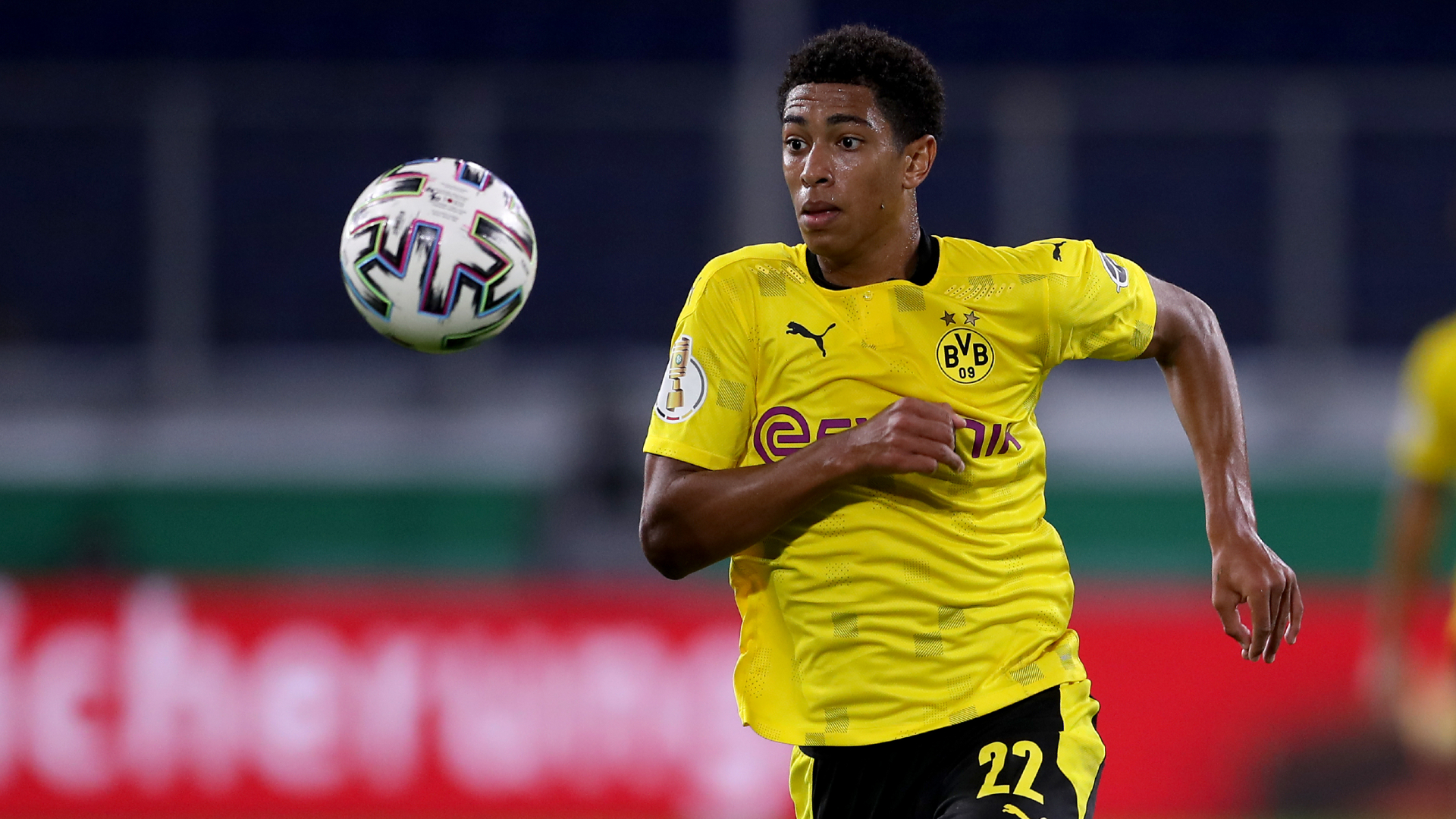 Jude Bellingham became the youngest scorer in Borussia Dortmund‘s history when he found the net in his side’s 5-0 win against Duisburg.

The 17-year-old, who joined the German side from Birmingham in a €25 million (£23m/$29m) deal in July, made his debut in the DFB-Pokal first round tie.

Just as Bellingham became Birmingham’s youngest ever scorer last season, he has set a new record for his new side at the age of 17 years and 77 days old.

The record had previously been held by Nuri Sahin, who was 17 years and 82 days old when he scored his first goal in a competitive match for the club.

Jadon Sancho opened the scoring for Lucien Favre’s team with a 14th-minute penalty before Bellingham doubled their lead at the half-hour mark. The midfielder was then withdrawn at half-time.

England international Sancho has been heavily linked with a move to Premier League giants Manchester United, although Dortmund do not appear to be keen on parting with their most prized asset.

Any hopes the hosts had of clawing their way back into the game were dashed shortly before the interval when Dominic Volkmer was dismissed for a professional foul on Erling Haaland, Thorgan Hazard added a third from the resulting free-kick.

Giovanni Reyna and Marco Reus, who scored just 35 seconds after coming on the field, then added gloss to the scoreline in the second half as Dortmund warmed up for their Bundesliga opener against Borussia Monchengladbach on Saturday in style.

Record-breaker Bellingham’s appearance will only increase the expectation surrounding him since his breakthrough in the English Championship.

But coach Favre said recently that he is happy with the way he has adapted to his new team and has been impressed by his confidence as well as his physical attributes.

“Jude has integrated very well. He is bursting with confidence,” he said two weeks ago. “He brings us so much aggressiveness and physicality in the midfield, which is very, very good for us. Jude has really attracted attention, despite only being 17 years of age.”