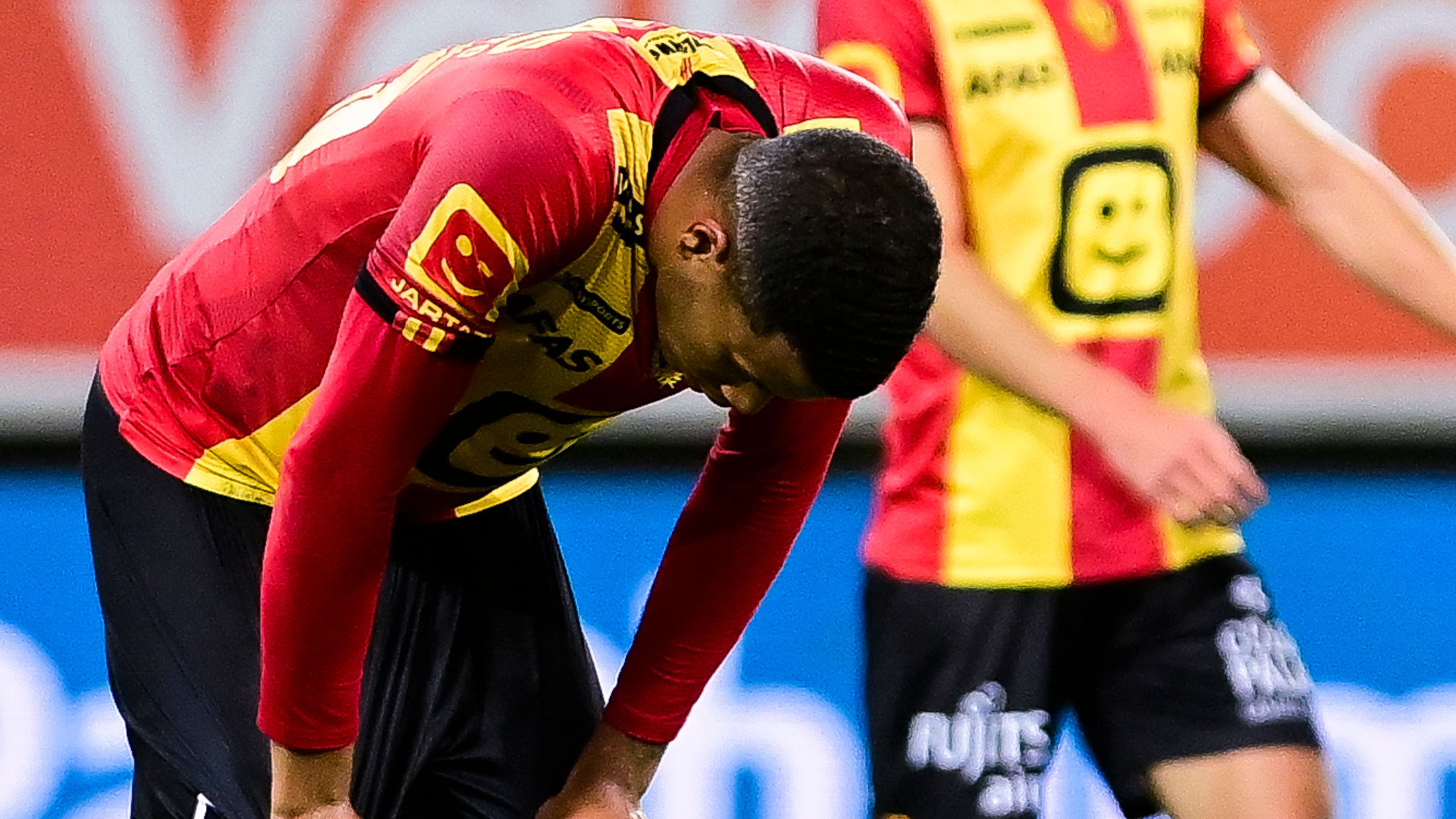 Aster Vranckx has produced an early and very strong candidate for miss of the season after his failed effort in Mechelen’s 1-0 loss to KV Oostende in Belgium‘s first division on Saturday.

With the game goalless in the 67th minute, the 17-year-old found himself gifted an open goal after a shot from his team-mate struck the crossbar.

After chesting the ball down, Vranckx was left with the simplest of finishes but ended up tripping over, colliding with the post and seeing the ball ultimately cleared by a scrambling defender.

It’s a miss that must be seen to be believed and is reminiscent of an effort from Paris-Saint Germain forward Eric Maxim Choupo-Moting not long ago.

Vranckx’s blunder would prove costly too, with Oostende going on to score an injury-time winner courtesy of Celtic loanee Jack Hendry.

Remarkably, the teenager kept his cool when asked about his miss post-match, suggesting he has the mentality to recover from the embarrassing incident.

“I think I just had to kick the ball in. I took it wrong, and then I missed it,” Vranckx told Eleven Sports. “It’s a shame that I missed, but I’m just going to look to the next match and not let my head go crazy.”

Vranckx, generally deployed as a central midfielder, has already scored this season and established himself as a key part of Mechelen’s side after breaking through last year.

Manager Wouter Vrancken was in a forgiving mood post-match, declaring luck simply wasn’t on his team’s side and was quick to point out Vranckx’s otherwise strong performance.

“If those balls don’t even go in, you get the feeling that it’s not going to be,” he said. “I don’t blame Aster. When you see how that 17-year-old boy stood out above everyone else today, you shouldn’t blame him.

“Above all, we must not enter a downward spiral after this defeat. Until now we have always been able to deliver quality and we will continue to do so.”

Mechelen currently sit 14th in the Belgian Pro League with one win, two draws and two losses to show from their first five matches of the new season. The club will be hoping to improve upon their strong showing last season that saw them finish sixth and get within touching distance of a spot in the Europa League qualifiers.