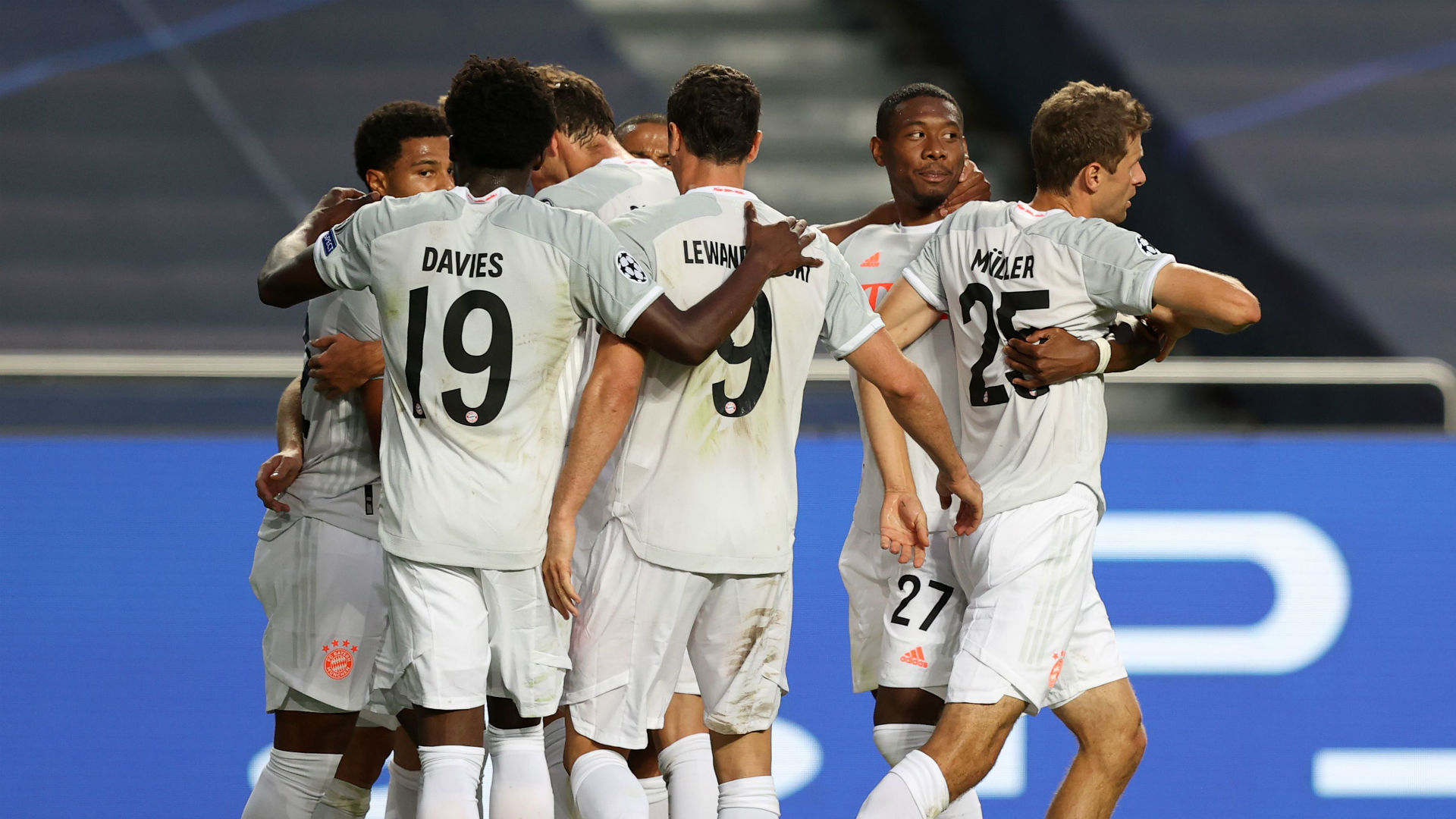 Barcelona were humiliated by Bayern Munich as Hansi Flick’s side ran riot at Estadio da Luz to reach the Champions League semi-finals.

Bayern Munich made a grand statement in the Champions League as they hammered Barcelona 8-2 to book their semi-final place in remarkable fashion.

Lionel Messi and his team-mates were swept aside by the dominant Bundesliga champions in a chaotic first half, with Philippe Coutinho then coming on to deal further blows to his parent club in the closing stages.

Thomas Muller’s sublime strike got things started and, although David Alaba’s own goal drew Barca level, Ivan Perisic and Serge Gnabry had Bayern 3-1 up by the 27th minute.

Muller’s second piled further misery on Barca – who conceded four goals in the first half of a Champions League match for the first time – and while Luis Suarez responded after the break, Bayern had more to give.

Joshua Kimmich restored a three-goal cushion with a goal set up by the brilliance of Alphonso Davies, before Coutinho set up Robert Lewandowski and helped himself to a double within the space of seven minutes to compound the misery of the club that owns him.

4 – Barcelona have conceded four goals in the first half of a Champions League match for the first time. Destruction. #UCL pic.twitter.com/tQHXpzU739