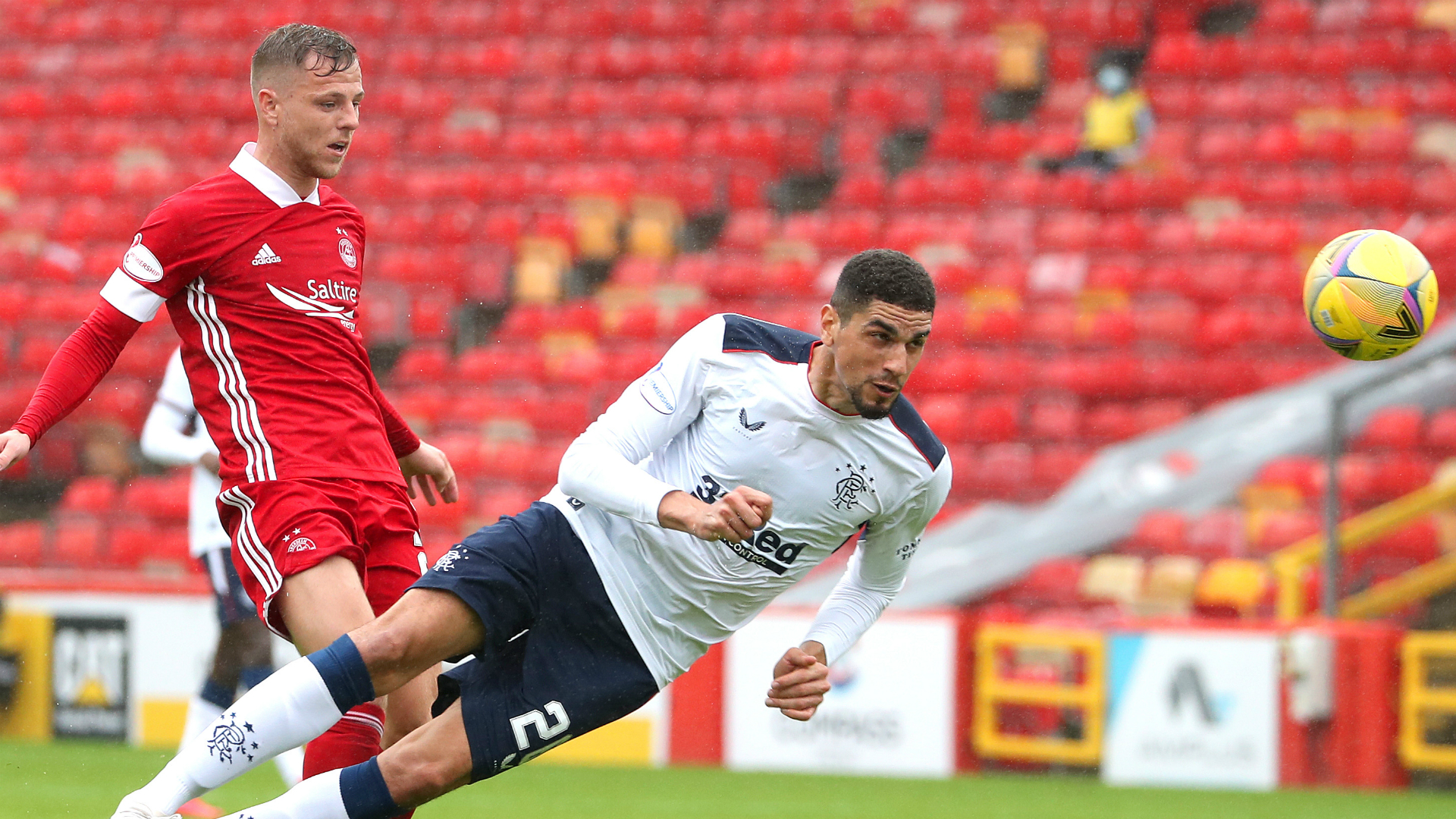 Rangers manager Steven Gerrard has revealed the extent of Leon Balogun’s injury will be determined on Thursday.

The 32-year-old defender could not complete the Gers’ 3-0 victory over St. Johnstone in Wednesday’s Scottish Premiership game.

Balogun was afforded his third appearance in the encounter since he joined the side last month but only lasted for 46 minutes before he suffered an injury.

The centre-back was subsequently replaced by Filip Helander as goals from Borna Barisic, Ryan Kent and Super Eagles midfielder Joe Aribo ensured the Gers secured their third league win on the bounce.

Gerrard, who has been in awe of Balogun since teaming up with his side, has provided an update on the injury suffered by the former Brighton and Hove Albion man.

“I think Balogun has a tight quad and we’ll get that looked at [on Thursday] morning,” Gerrard was quoted as saying by Glasgow Times.

The Ibrox Stadium outfit will square off with Livingston at Tony Macaroni Arena in their next league game on Sunday.

The English tactician is uncertain of Balogun’s availability for the game but confidence there will be a good replacement for the defender if he is unable to recover in time for the match.

“He is definitely a concern for the weekend but we have really strong options in that area. Fil [Helander] came on and played like an international player with experience,” he added.

Balogun has been in top form since joining Rangers as a free agent after leaving Wigan Athletic following the expiration of his contract.

The defender earned a place in the Premiership Team of the Week for his solid defensive performances in his debut against Aberdeen.

Balogun has been a key member of the Nigeria national team since he made his debut for the three-time African champions against Mexico in 2014.

The defender, who has 32 caps for the West Africans, was part of Gernot Rohr’s side that finished third at the 2019 Africa Cup of Nations in Egypt.

The centre-back will hope to make a return for Rangers when they face Kilmarnock on August 22, should he miss Livingston clash.