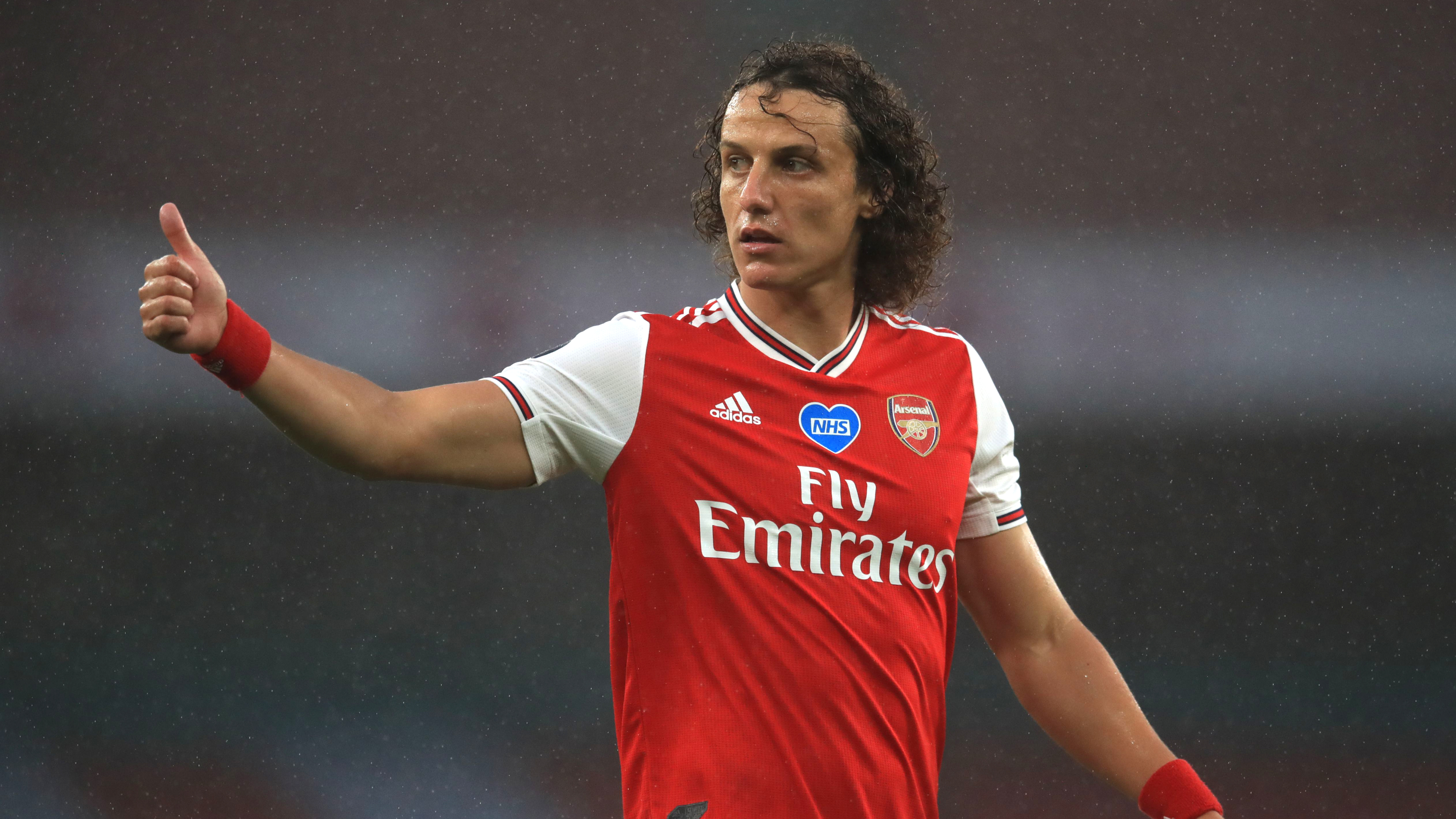 David Luiz deserved all the praise that came his way after Arsenal’s stunning FA Cup semi-final win over Manchester City, according to head coach Mikel Arteta.

The Brazilian’s defensive qualities have been often questioned after a series of high-profile and costly mistakes, but he was masterful at Wembley as Arsenal earned a shock 2-0 victory.

He made 11 clearances, four interceptions and a crucial block to deny Raheem Sterling in the second half, with Opta statistics showing he also won all four of his aerial duels and touched the ball more times than any team-mate.

David Luiz was praised after the game for his “fantastic” display by former England captain Rio Ferdinand, having formed a solid back-three alliance with Shkodran Mustafi and Kieran Tierney.

It was apt that the Brazilian should produce his very best against City, having been widely pilloried for his display when Arsenal took on the same opposition and lost 3-0 in the Premier League last month.

On that occasion, David Luiz came off the bench as an early substitute, blundered for City’s first goal and was then sent off when giving away a second-half penalty.

“This is part of football. I didn’t have any doubts about David Luiz’s reaction. He put his hand up after that game [against City], but he didn’t have to do that,” Arteta said.

“We all make mistakes. The way he has been training, helping each other and performing, it’s been phenomenal. I am delighted that people can see this side of him now as well, and praise him because he deserves that.”

Arsenal surprised many in the game by handing David Luiz a new one-year contract just days after the 33-year-old’s calamity of a performance at the Etihad Stadium.

“What he needs is that we trust him, that we have no doubts in what he can do. The best way to do that is to make him play,” Arteta said.

“He’s had some difficult moments but he’s also had some incredible moments. Big athletes go through those moments – I’m happy he’s playing at the level he is now.

“I want him to perform on the pitch. He’s doing that again now in a really good way, I’m really happy for him today.”

Luiz himself responded to his critics after the match and stressed he’s only worked even harder after making recent mistakes.