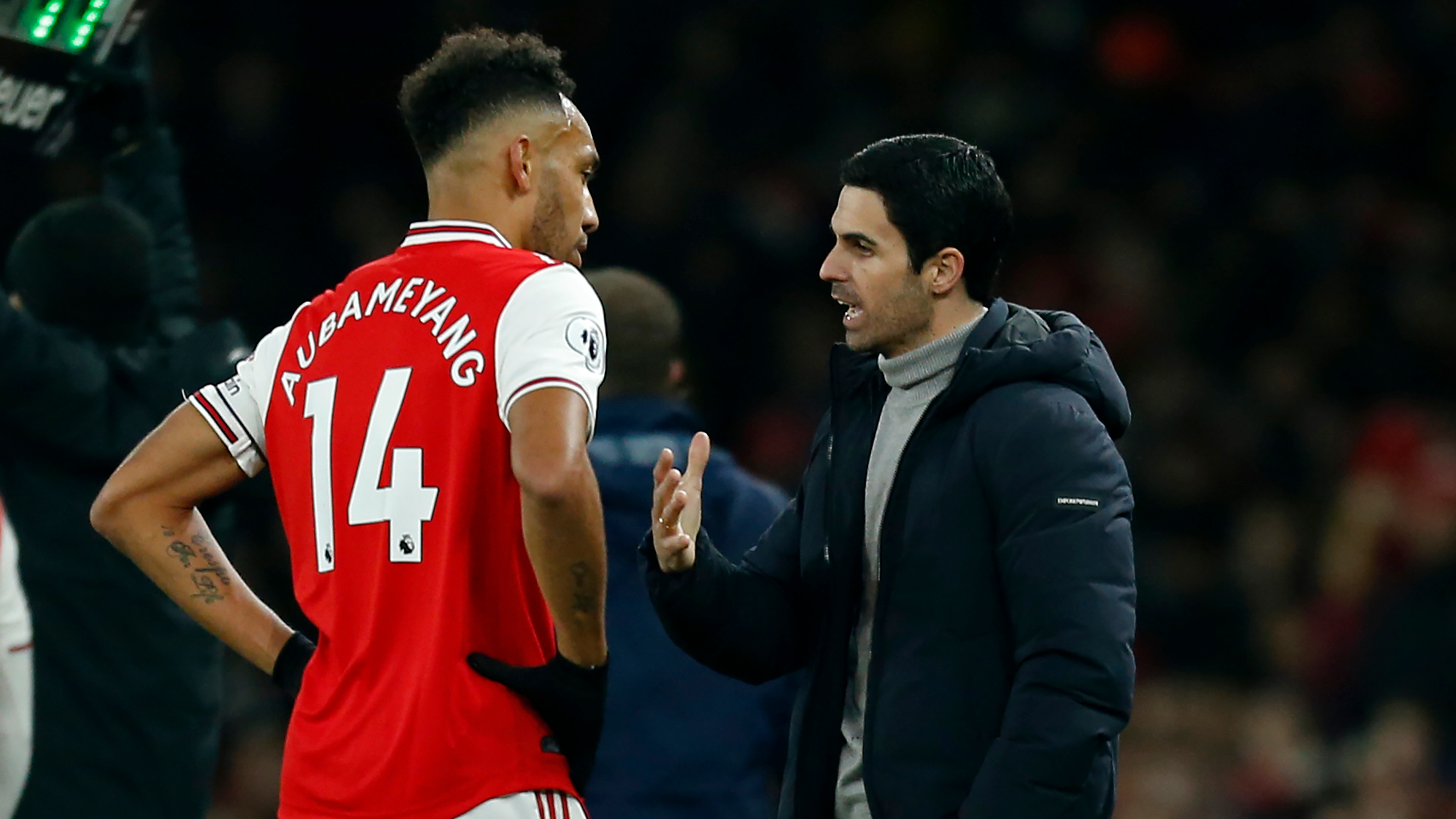 Arsenal manager Mikel Arteta has admitted “anything is possible” regarding the prospect of Pierre-Emerick Aubameyang moving away from the Emirates, but maintains his captain is “happy” at the club.

Aubameyang’s Arsenal contract expires in June 2021 and he has been linked with the likes of Real Madrid, Barcelona and Inter Milan.

But Arteta appears not worried about the possibility of his star man being lured away from north London.

“I’ve always been very positive about it [Aubameyang’s future]. I don’t have the key to the future and in football, anything is possible,” Arteta told the Arsenal website.

“But I see his reactions, I see how he is training every day. I know that he’s happy. I talk to him a lot and if we are able to do it, I think we can do it and we know how important he is for the team.”

Aubameyang is arguably Arsenal’s most prized player but the Gunners are unlikely to secure a Champions League spot for next season, and the chance of their skipper being snatched away could be increasing.

The Gabon international has struck 23 goals in 40 appearances across all competitions so far this season and has managed two assists.

His importance could further be seen when Arsenal clash with Manchester City in an FA Cup semi-final match at Wembley on Saturday.

Arteta has underlined Aubameyang’s reliability as he leads a Gunners team seeking to further their FA Cup record against the defending champions.

“I think he handles the pressure really well. It is part of his character that he is so relaxed and confident about himself,” Arteta said.

“I think the fact he is able to sustain that level of pressure and still deliver every single year, scoring the amount of goals that he does, tells you everything about how he responds and how he enjoys challenges. I am sure he will be ready on Saturday.”

The Arsenal manager says he is comfortable with fielding his main man either on the left flank or as a centre-forward but “to have a better balance in the team, to have a goal threat” Aubameyang is likely to be on the wing against City.

Saturday’s clash comes just over a month after Arteta was beaten 3-0 by his former boss Pep Guardiola in a Premier League fixture.