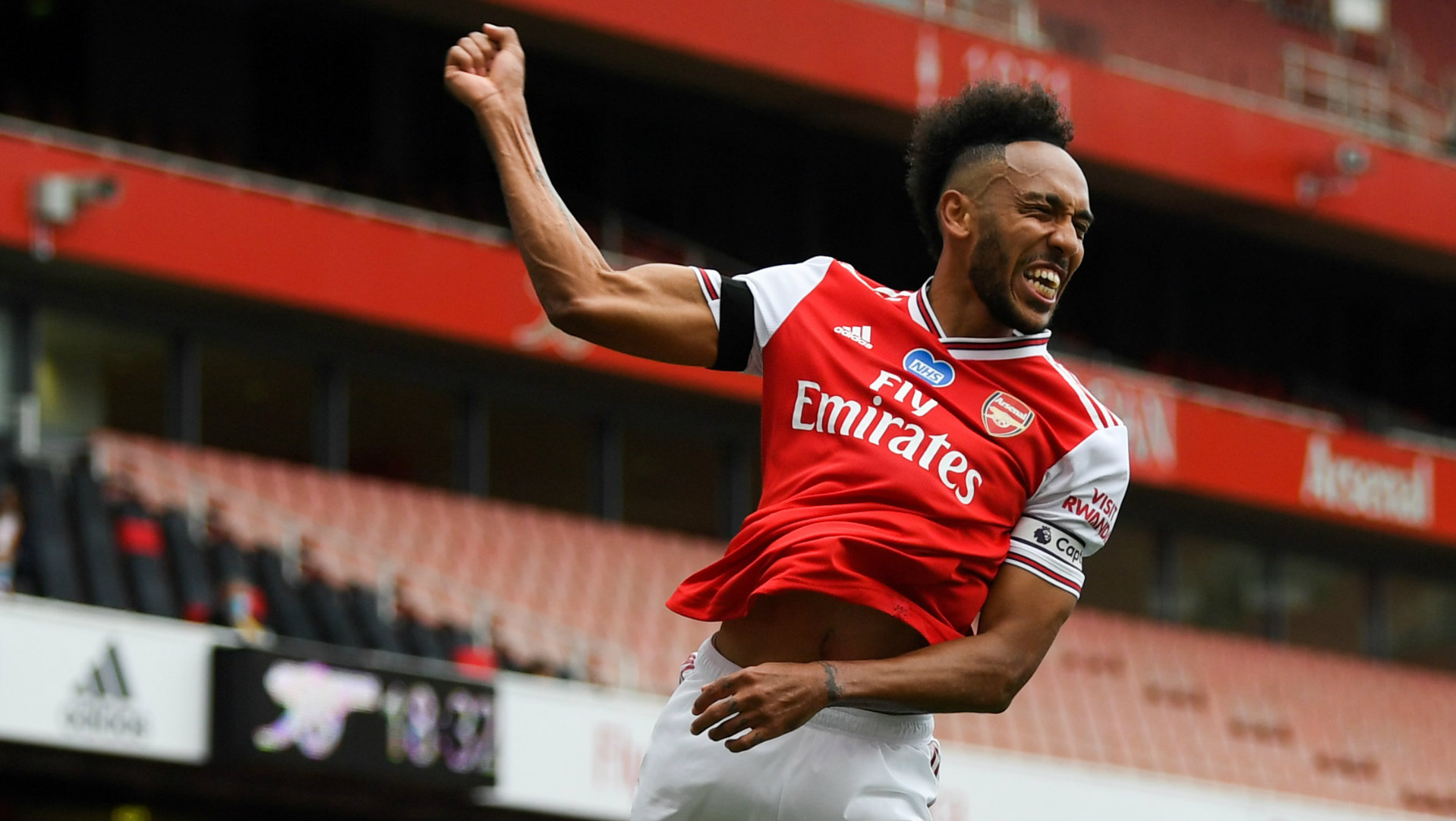 Profiting from a Nicolas Pepe assist, the Gabon international fired past goalkeeper Ederson Moraes to give Arsenal the lead against Manchester City in Saturday’s FA Cup semi-final clash.

Following that effort, Mikel Arteta’s men went into the half-time break with a slim 1-0 advantage at Wembley. He completed his brace in the 71st minute with a close finish from Kieran Tierney’s assist.

That strike was Aubameyang’s 66th goal for the North London outfit since making his debut for Arsenal in February 2018.

With that, he becomes the second highest goal scoring English topflight player after Egypt and Liverpool’s Salah (68) who is two goals ahead.

Since joining the English team from Borussia Dortmund for £55 million plus £5m in further add-ons, he has become a key figure in the club’s attacking line-up.

Last season, he shared the Premier League’s Golden Boot award with his African counterparts and Liverpool stars, Salah and Sadio Mane after scoring a brace in the team’s final league game of the season against Burnley to take his goal tally to 22.

This term, he has been productive in front of goal to achieve some personal feats. Thanks to his strike against Leicester City on July 7, 2020, he became the second Arsenal player after Thierry Henry to score at least 20 Premier League goals in consecutive seasons.

Also, he became the sixth fastest player in the English topflight’s history to hit the half-century milestone after scoring 50 goals in 77 league games.

That arrived in fewer league matches than the likes of Sergio Aguero and Thierry Henry tells you just how prolific the Gabon international has been since his arrival from Germany.

Aubameyang’s landmark goal, which arrived for Arsenal against Norwich City, is made all the more remarkable by the fact that he has not been playing in a particularly successful team during his time at Emirates Stadium, with the Gunners finishing sixth in his first season, fifth in his second, and starting the day in 10th as they faced the Canaries.

Should Pep Guardiola’s men fail to comeback, Arteta’s men would earn a place in the final where they face either Chelsea or Odion Ighalo’s Manchester United for the title.