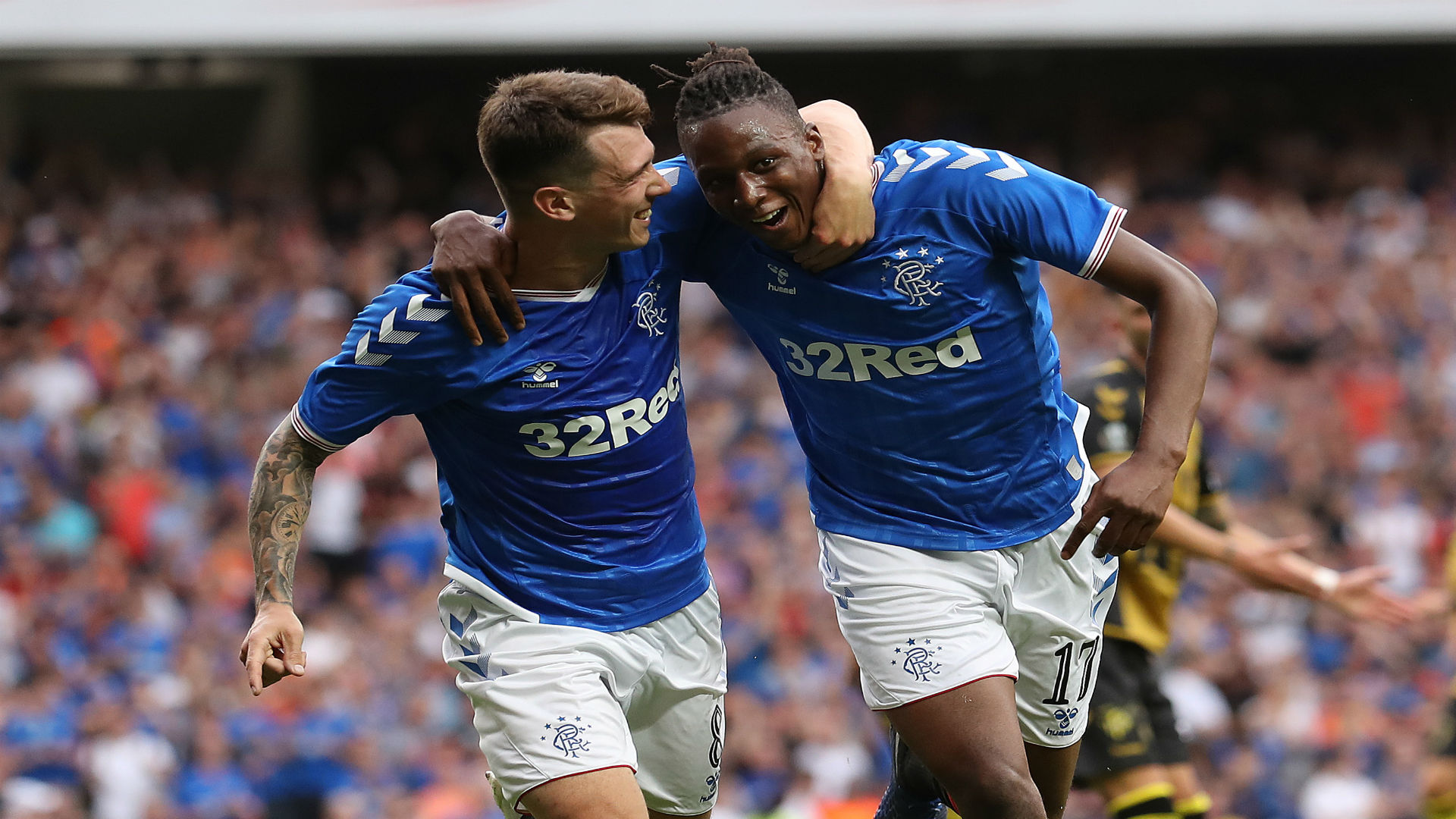 The 24-year-old midfielder scored the Gers’ last goal as Steven Gerrard’s team cruised to a routine win inside Ibrox Stadium.

While it looked like the first-half might not produce a goal, Borna Barisic put the hosts ahead with his stunning free-kick in the 21st minute.

The Croatia international curled his strike past goalkeeper Elliott Parish after Alfredo Morelos was fouled 25-yards from goal.

Barisic turned provider for Ryan Kent to double the Gers’ lead on the stroke of halftime.

Four minutes into the second half, Aribo made it three for Rangers after connecting to James Tavernier’s corner kick to rifle home his first goal of the new season.

Filip Helander came close to a fourth after getting on the end of Barisic’s free-kick, however, was unable to make nothing out of it.

After putting up a fine performance on Aribo was replaced by Scott Arfield in the 61st minute of the encounter, while his compatriot Leon Balogun was substituted for Filip Helander after the first-half.

Thanks to this result, Gerrard’s men have now won all games since the commencement of the new campaign. They top the league after accumulating nine points from three outings.

They are guests of Efe Ambrose’s Livingston in their next league outing billed for Sunday.

In a recent interview, Super Eagles’ Aribo revealed how he is working to improve his goalscoring abilities.

“That’s the one thing I’ve always wanted to be known as, a goalscoring midfielder,” he was quoted as saying in Rangers matchday programme.

“I’ve sat down with the gaffer and we spoke about it, so I know that is one area I need to improve on.

“I think it’s a case of wanting to be in the right place at the right time and having the willingness and the desire to be there.

“It’s also about being calmer in front of goal as well, not slashing at shots and taking your time with them. Hopefully, that will help me get more goals.

“But I feel I have developed a lot and I’m learning day in day out in games and on the training field as well.

“When you look at the staff, you have the gaffer and Macca, two great players that have played in my position too. So, I can just take little things off them every single day and, of course, you learn in matches.”