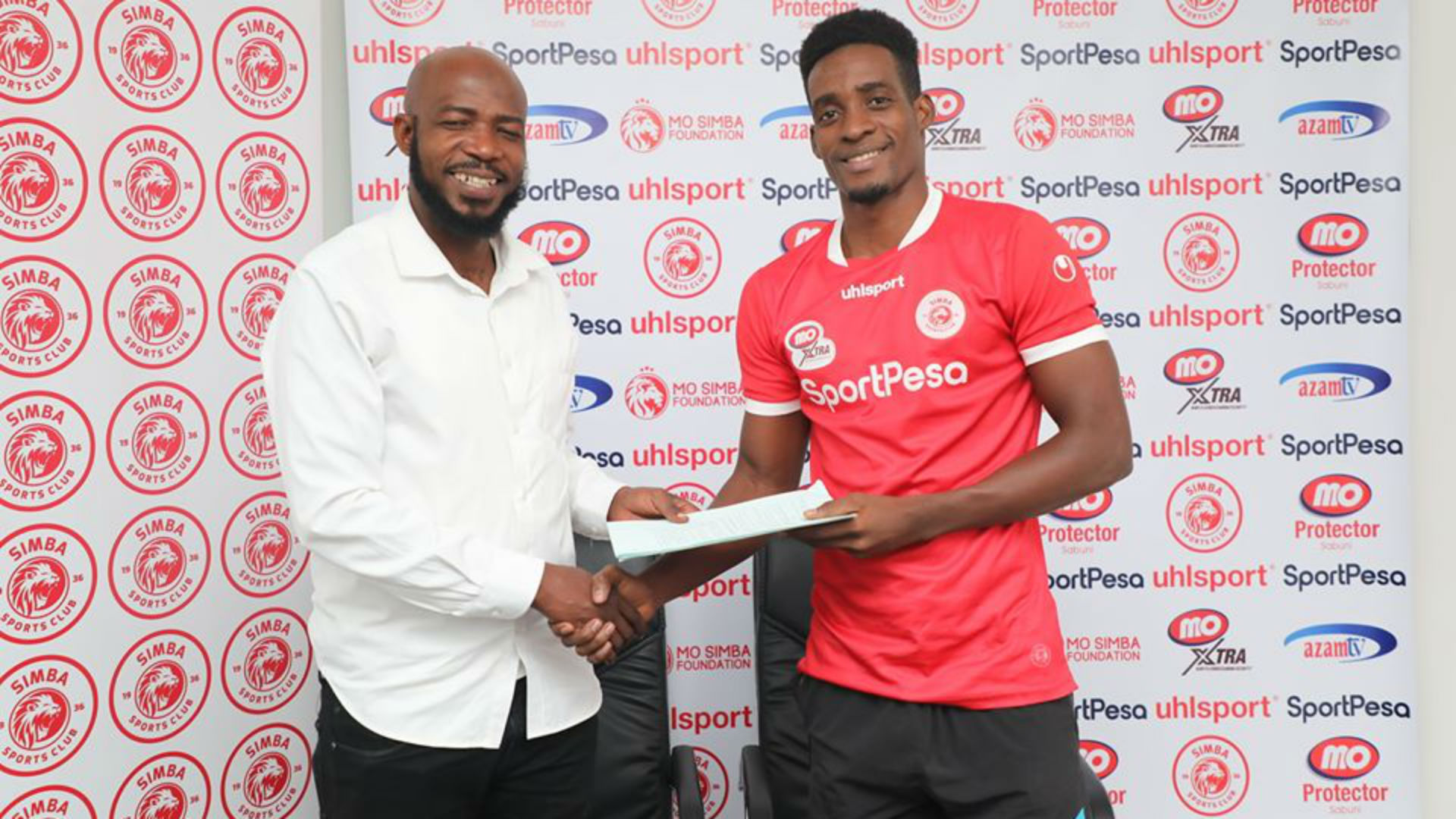 Ame has signed a three-year deal from Coastal Union of Tanga. He is signing for the club which is expected to fight for starting places with Pascal Wawa, Erasto Nyoni and Kennedy Juma who were in perfect form in the season that saw Wekundu wa Msimbazi sweep three titles.

Apart from Wawa, Nyoni and Juma, the Tanzanian star will have to edge competition from his fellow new signing Joash Onyango of Kenya.

Onyango was an undisputed number one choice for coaches who have worked with him at Gor Mahia since 2018 and that means Ame will need to work extra hard if he has to establish himself as one of the first team choices for coach Sven Vandenbroeck.

“He is a complete defender, and unfortunately, many people might not know him but the technical bench asked the club officials to sign him,” Simba said as they announced Ame as their sixth signing of the ongoing transfer window.

“Do you know why the technical bench desired to sign him? He is a fighter, good in aerial balls as well as ground balls and has the best quality of a defender.

“He is courageous and that is a trait a good defender must possess. Welcome, Ame to the champions of the country. You have chosen the best place where you are guaranteed monthly salaries and of course, trophies.”

Ame and Bakari Mwamnyeto, who have signed for Simba’s rivals Yanga SC, were key for Coastal Union’s 2019/20 campaign where they finished seventh.

The Mwamnyeto-Ame partnership enabled the Tanga club to concede 30 goals; a fifth-best record after the ones registered by eventual champions Simba, Azam FC, Yanga and Biashara United.

‪Simba have already signed David Kameta from relegated Lipuli FC and is expected to vie for positions against Shomari Kapombe and Haruna Ramadhan Shamte.

Bernard Morrison, who handed Yanga a 1-0 win against the Wekundu wa Msimbazi on March 8 in a league tie via a sublime free-kick, has already been signed although the move remains a contested one.

Larry Bwalya from Zambian Super League side Power Dynamos and Charles Ilamfia from Kinondoni Municipal Council (KMC FC) are the other new players at the Msimbazi street-based club.