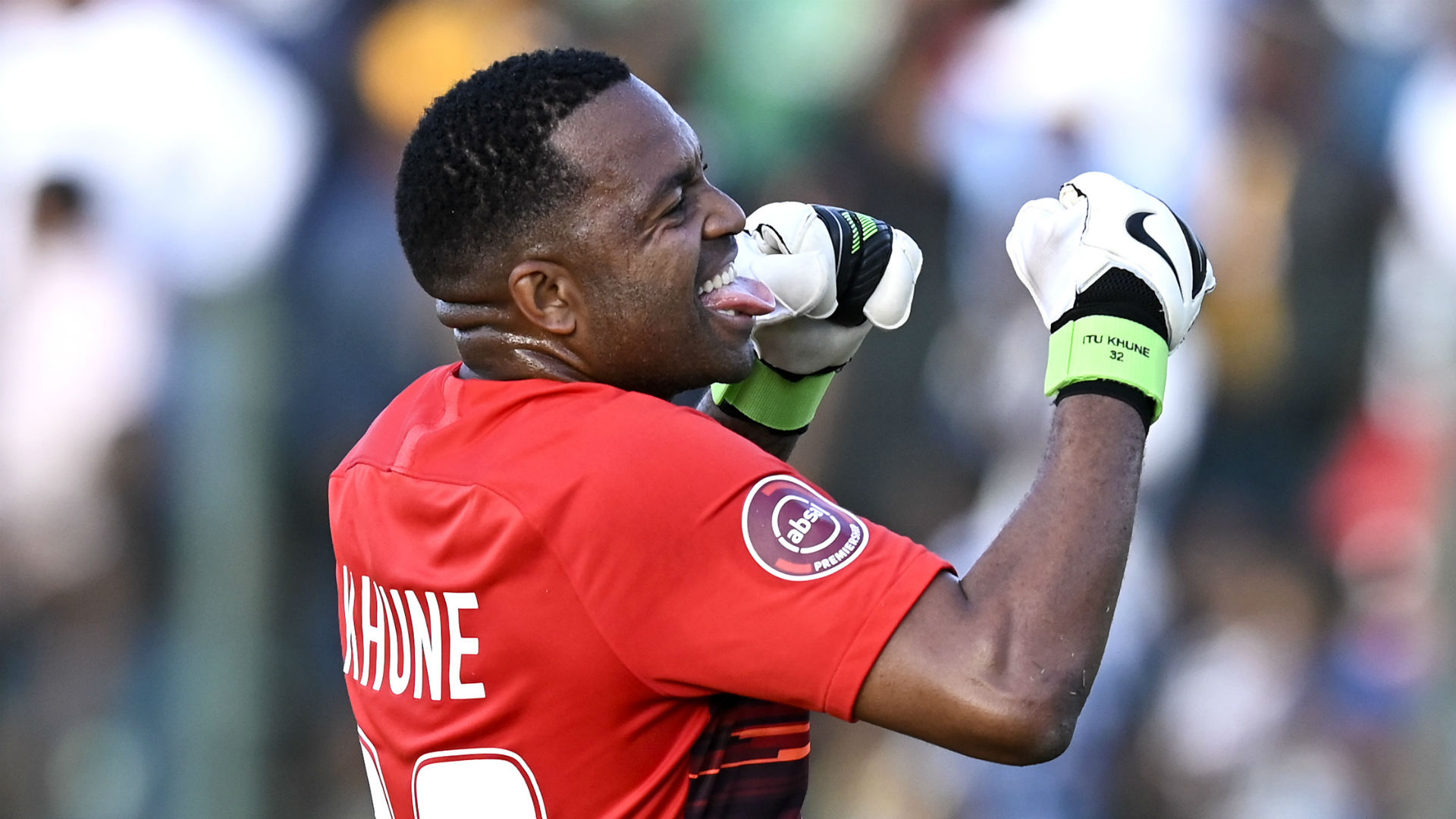 The Kaizer Chiefs goalkeeper position was much discussed last season as Daniel Akpeyi and Itumeleng Khune battled it out for the number one position.

Akpeyi initially had his detractors, and did make some high profile mistakes. But the 34-year-old did find some rhythm in the later stages of the campaign with some fine performances and ended up playing 25 league games for the Glamour Boys.

Khune, meanwhile, has been a long-time fan favourite at Chiefs, but struggled with injury problems and fitness last term.

In fact, its been several years since the Bafana Bafana stopper has performed at his consistent best; even in the 2018/ 19 season, he played just 13 times in the Absa Premiership.

Now, however, with new Chiefs coach Gavin Hunt at the helm, and with Sunday’s opening game of the season – an MTN8 quarter-final clash with Maritzburg United beckoning, Khune has been gifted the opportunity to reclaim his position from the Nigerian.

That’s because of an administrative blunder, as Hunt told SAFM, as quoted by the Citizen website.

“Daniel is not available on Sunday, his passport is expired, it’s a bit of an admin problem. I think Khune might just make the team!”

A solid performance from Khune and the 33-year-old may just reclaim his position as the number one keeper at the club and perhaps even force his way back into the national team fold.

While Hunt will be happy to have someone of Khune’s quality to step in, his squad is looking rather thin in other areas of the pitch, especially up front where Samir Nurkovic, Leonardo Castro are injured and Lebogang Manyama is suspended.

Central defender Erick Mathotho is also unavailable and midfielder Willard Katsande is sidelined through suspension for Sunday’s clash with Maritzburg at the FNB Stadium.

“We need reinforcements, especially as we are playing in Africa,” Hunt added.

“We have a very small squad and right now we have so many out, we are really thin. We need to try [get players] if we can. Otherwise, we have got to look at our younger players. There are six or seven there, it is a great opportunity for them.”