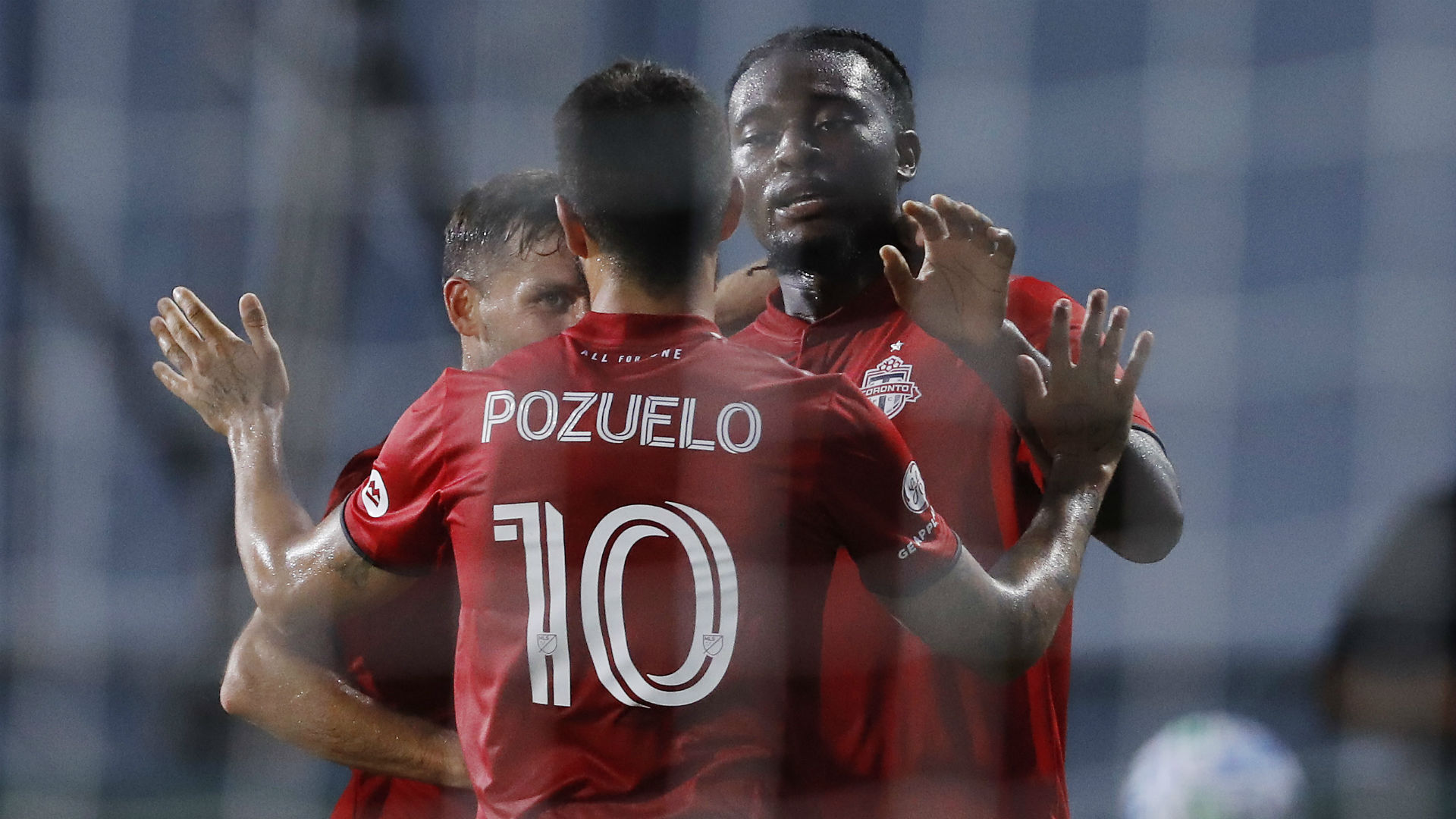 Montreal Impact lost 4-3 to Toronto FC on Friday morning, with Ayo Akinola getting a double while Algeria international Saphir Taider got a brace.

Thierry Henry’s men were hoping to win their game at the ongoing MLS is Back Tournament after losing 1-0 to New England Revolution in their first game.

However, they could not get the much-needed result against Greg Vanney’s men at ESPN’s Wide World of Sports complex.

Richie Laryea gave the Reds an eighth-minute lead. The Canada international of Ghanaian descent profited from a pass from Alejando Pozuelo before firing past Senegal’s Clement Diop after outpacing Shamit Shome.

Akinola restored the lead in the 25th minute, firing past Diop to complete a smooth nine-pass sequence.

Within the space of one minute, the Nigerian-American made it 3-2 for the Reds after controlling a sublime Pozuelo pass and outmuscling a defender before beating the Senegalese goalkeeper.

Akinola completed his treble after bundling aside a defender after taking a Nick DeLeon flick-on from a Westberg goal kick before chipping Diop. Taider completed his brace another penalty but that could not rescue his team from defeat.

After putting up a man-of-the-match performance, the hat-trick hero was replaced by Griffin Dorsey, while Mavinga saw every minutes of action. Young Nigerian striker Ifunanyachi Achara was not listed for the encounter.

For Henry’s men, former Nigeria U17 star Orji Okonkwo who is on loan from Serie A side Bologna came in for Quioto after 79 minutes, Taider, Diop as well as Kenya international Victor Wanyama saw every minute of action.

This defeat place Impact at the base of the log with zero point from two games, in sharp contrast to Toronto who lead with four points from the same number of matches.

A draw for Akinola’s team against New England Revolution on July 21 will cement their place in the next round.