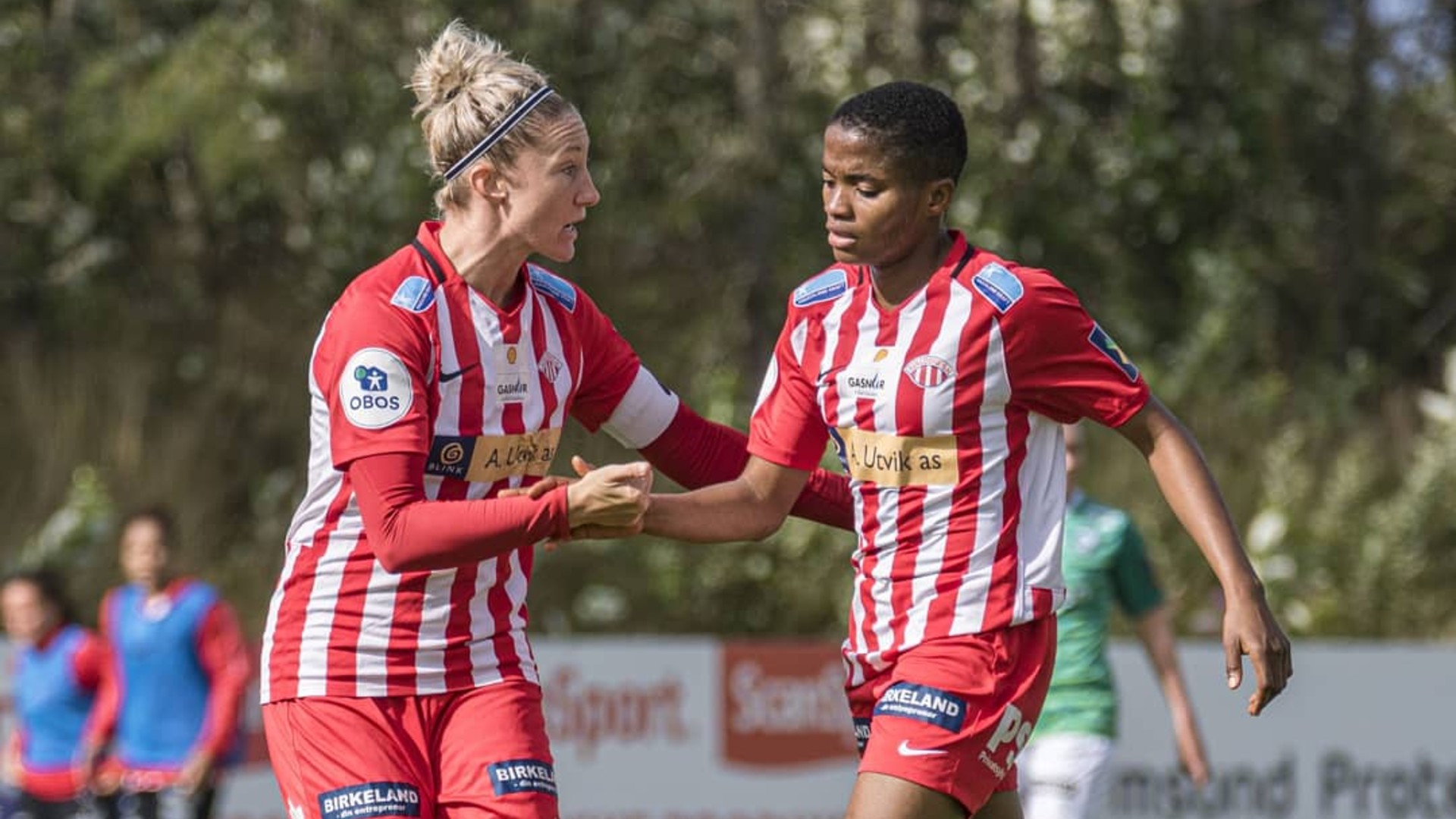 Rasheedat Ajibade put up another impressive display as she contributed an assist for Avaldsnes in their 2-0 victory against Arna Bjornar in a Norwegian Toppserien encounter on Saturday.

The 20-year-old is enjoying a fantastic campaign with Lena Tyriberget’s ladies, as she bagged her first brace of the season and an assist in her side’s 4-0 win at Roa last week.

In the quest to claim the top spot, the Nigerian, who was making her ninth start this season, was a huge bargain in Avaldsnes’ latest win.

The visitors almost got ahead when Ajibade raced in from the left to tee up Erman, whose effort came off the woodwork in the 24th minute.

Six minutes later, Ajibade broke through from the right before setting up Australian Katrina Gorry but her long-range effort went wide.

The former FC Robo Queens captain came close with her brilliant effort from the edge of the box but goalkeeper Teegan Micah was in the right position to deny her three minutes from half time.

After the break, the Super Falcons striker breezed in from the right this time to take a shot but her attempt was blocked before Gorry’s rebound was also halted by defenders in the 50th minute.

A fine corner from Hanna Dahl found Robyn Decker, whose header beat Micah to put the visitors in front in the 54th minute.

Four minutes later, Ajibade raced through from the left into the area before firing a low pass through to Elise Thorsnes, who made no mistake to tap in the winner from close range for Avaldsnes.

Ajibade, who played from the start to finish, has now contributed three assists and five goals in 11 matches for Avaldsnes this season.

The win keeps Avaldsnes to second on the log with 23 points from 11 games – four adrift of leaders Valerenga with a game in hand.

They aim to close the gap on table-toppers Valerenga and Ajara Nchout when they meet in their next league fixture on September 12.