Aguerd and Ferhat on target as Rennes secure victory over Nimes 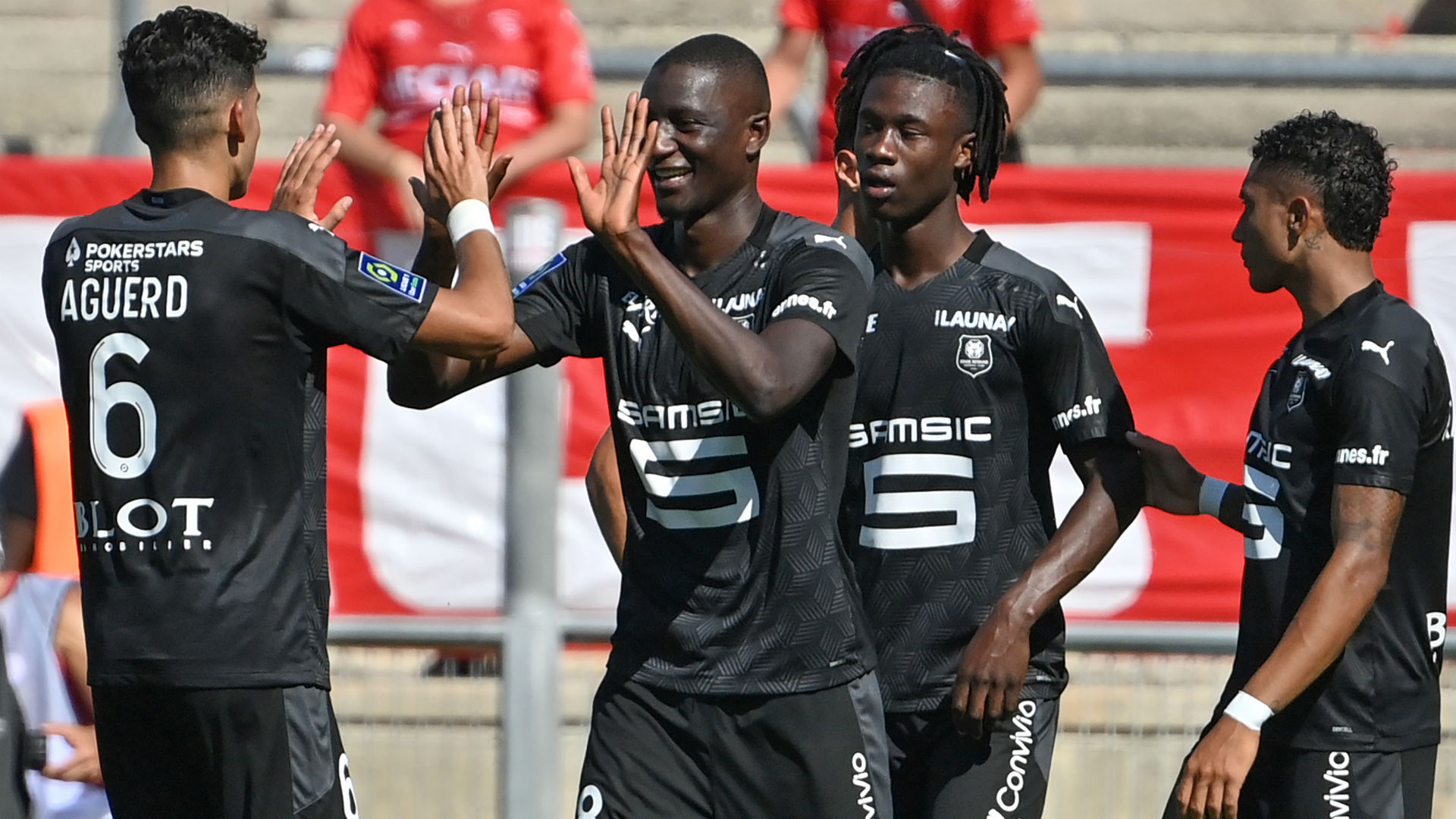 Naif Aguerd and Zinedine Ferhat found the back of the net as Rennes secured a 4-2 victory over Nimes in Sunday’s Ligue 1 game.

Morocco international Aguerd teamed up with the Roazhon Park outfit in August from rivals Dijon and has been in fine form for the club.

The defender was afforded his third appearance at Stade des Costieres and gave a good account of himself, helping the Red and Blacks secure their second win of the season.

Algeria midfielder Ferhat also opened his season account but his effort was not enough to help Nimes avoid defeat.

Sehrou Guirassy ignited the glut of goals for Rennes as early as the 12th minute of the encounter before Andres Cubas levelled proceedings in the 36th minute.

Guirassy scored his second in the match four minutes later after he was set up by Flavien Tait to restore the lead for the Roazhon Park outfit.

Ten minutes into the second half, Ferhat equalized for Nimes after receiving a timely square pass from Birger Meling.

Aguerd then notched in a fine effort in the 72nd minute of the encounter, when he volleyed into the back of the net after he was set up by Benjamin Bourigeaud.

Bourigeaud scored a goal of his own at the death after receiving a through ball from Romain Del Castillo to seal his side’s victory.

Ferhat and Aguerd featured for the duration of the game while Moroccan midfielder Yassine Benrahou, who was on parade for Nimes, played for 80 minutes before he was replaced.

Mali international Hamari Traore played for 79 minutes before making way for Brandon Soppy, and did enough to help his side secure all three points while his teammate M’baye Niang was not listed for the game.

Nimes will take on Lyon in their next league game while Rennes will square off against Henry Onyekuru’s Monaco on September 18 and 19, respectively.

Ferhat has seven caps for Algeria while Aguerd has featured five times for Morocco since he made his international debut against Albania in August 2018.