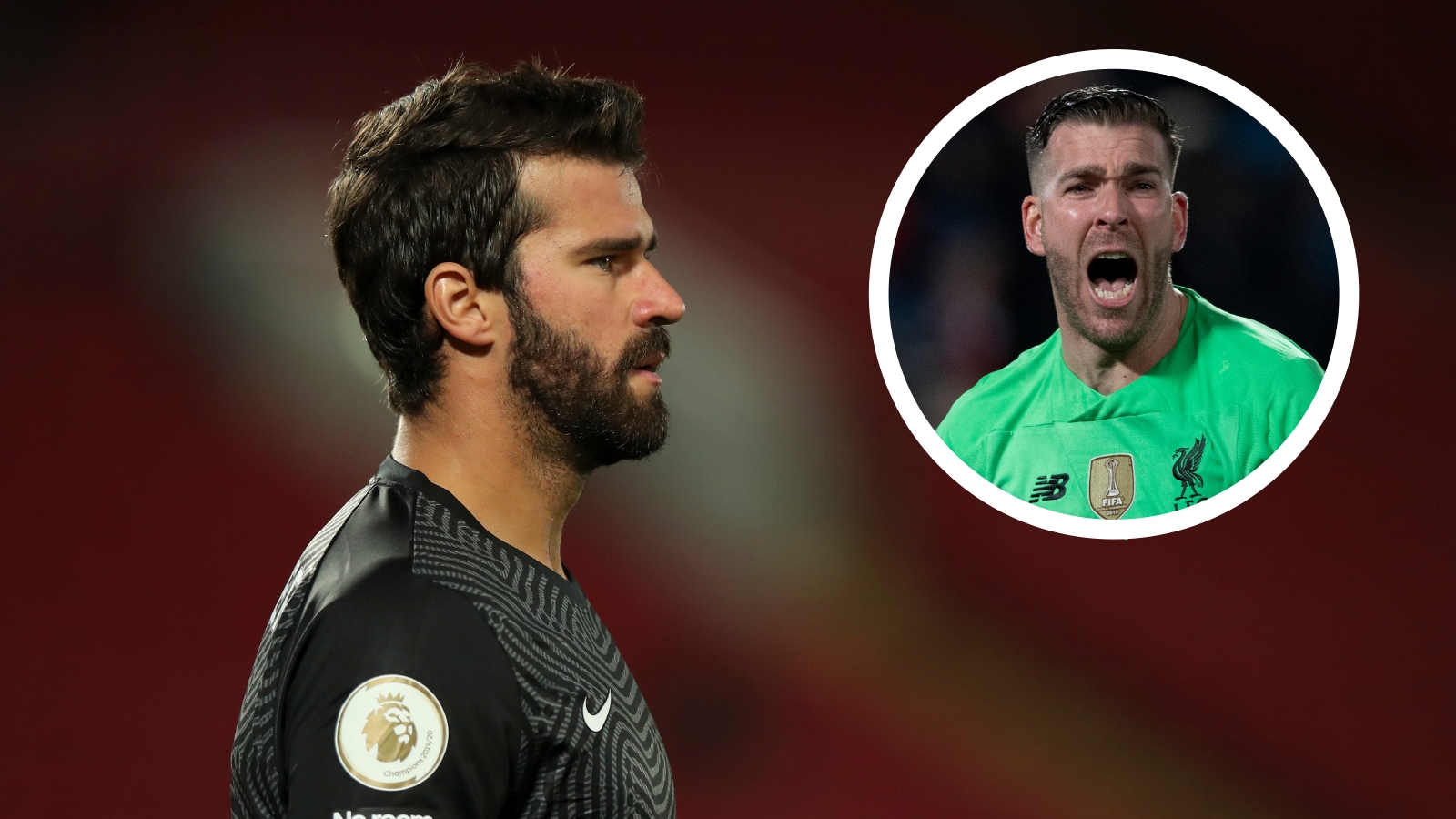 The Spanish shot-stopper is enjoying working alongside “one of the best goalkeepers in the world”, saying competition is raising their standards

Adrian believes his presence at Liverpool can help to make Alisson an even better goalkeeper, saying competition at Anfield is helping to raise standards.

There is an undisputed first choice shot-stopper within Jurgen Klopp’s ranks, with the highly-rated Brazil international nailing down his spot between the sticks.

Alisson has, however, passed the gloves on at times when either injured or rotated. Adrian has been the man to provide cover, with the Spaniard having been snapped up as a free agent in 2019.

He was thrown in at the deep end upon arriving on Merseyside and fared admirably when filling in for Alisson during Premier League and UEFA Super Cup fixtures.

The former West Ham custodian has continued to step in when required since losing the starting berth and believes he can help “one of the best goalkeepers in the world” to take his game to even greater heights.

Adrian told Sky Sports ahead of the Carabao Cup clash against Arsenal: “When I signed here, obviously I knew that this is a great team and there would be a lot of competition for places. I have Alisson as my team-mate and he is one of the best goalkeepers in the world at the moment.

“I believe competition makes us all better. There is healthy competition in every position at this club. It can make things difficult for the manager, but he knows that every player who goes out on the pitch is going to give everything.

“My job, personally, is to be at the service of the team and be ready when the opportunities come up – but when Ali plays, I support him completely from the bench and he knows that.

“We have an extraordinary relationship as team-mates and that’s the beautiful thing about football. The enjoyment of the job goes beyond starting every game.”

Adrian may be 33 years of age, but he feels there is still plenty of competitive football left in him and he is happy to stick around at Anfield for as long as he has a role to play.

“For now, I am still thinking about the short-term, not my retirement,” Adrian, who is tied to a deal through to the summer of 2021, said. “I am 33 and I feel in great shape. You have to be lucky with injuries and fitness, of course, but I am very happy at Liverpool and I am sure I am going to enjoy this job for a lot longer.”