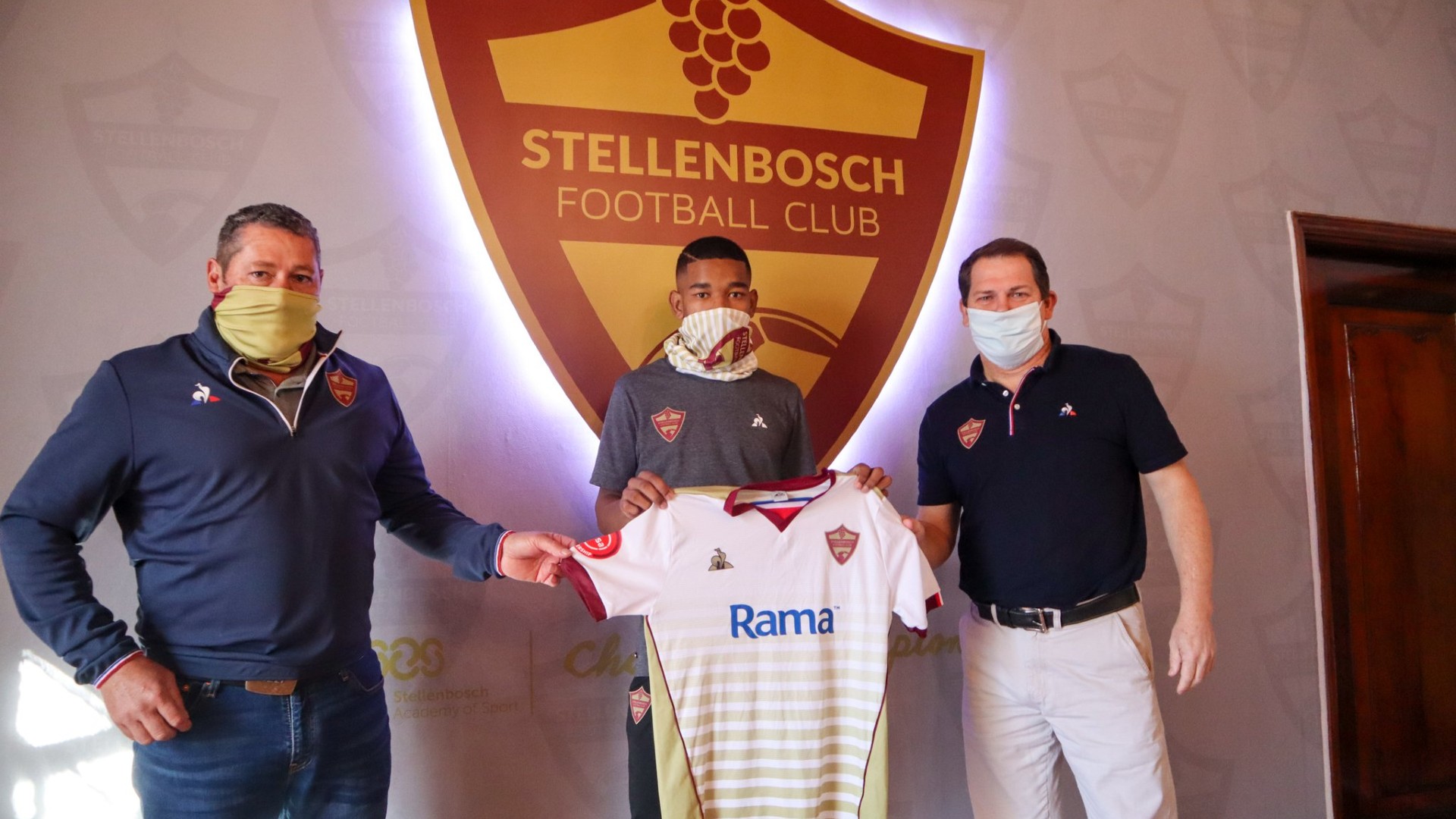 Stellenbosch FC have announced the promotion of Jayden Adams from the club’s reserve team.

The 18-year-old midfielder caught the eye while playing for the Stellies reserve team in the Multichoice Diski Challenge (MDC).

This was before the 2019/20 season was halted due to the coronavirus pandemic in March with Stellenbosch placed seventh on the MDC standings.

Adams’ exploits in the reserve league have not gone unnoticed as he has been promoted to Stellies’ first team after signing a long-term contract.

With Stellenbosch having been established in 2016, Adams has become the first academy player to sign a professional contract with the club’s first team.

“Adams becomes the first Academy graduate to sign a professional contract with the club,” another statement read.

The Western Cape-based side has decided to beef up its squad after losing influential midfielder-come-striker Iqraam Rayners to SuperSport United.

The 24-year-old player has signed a pre-contract with SuperSport earlier this year and Stellies decided to release him last month.

Stellies also parted ways former Kaizer Chiefs central defender Morgan Gould last month, with the 37-year-old player having made only 11 appearances in the league for the team this season.

The 2018/19 National First Division (NFD) champions are busy with their preparations with the current season set to resume this weekend with the Nedbank Cup semi-finals matches taking place.

The suspended campaign will be completed in a Biologically Safe Environment (BSE) in Gauteng between August and September 2020.

Stellenbonsch were eliminated from this season’s Nedbank Cup by Maritzburg United in February and they will focus solely on their Premier Soccer League (PSL) campaign.

Steve Barker’s side has been drawn to play their remaining home league matches at Tuks Stadium which is also known as Absa Stadium.

Coach Barker is familiar with the venue which is owned by the University of Pretoria, who were coached by the experienced tactician between 2008 and 2014.