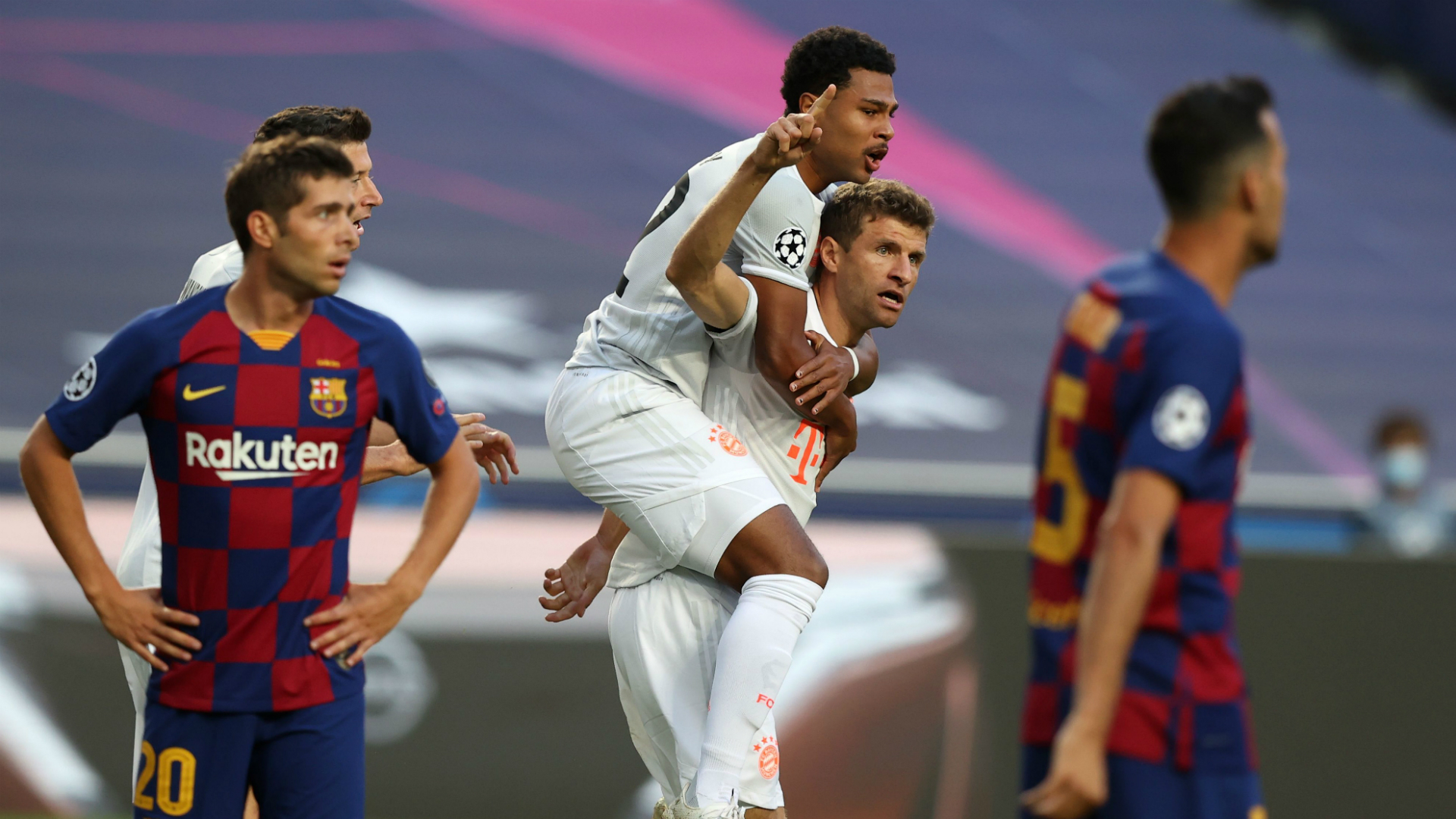 Bayern Munich‘s 8-2 victory over Barcelona in the Uefa Champions League quarter-final has got football enthusiasts across Africa talking on social media.

Four goals in each of the Friday’s encounter saw Barcelona bow to their heaviest defeat in the European competition.

David Alaba’s own goal and Luis Saurez’s 57th-minute strike was not enough for Quique Setien’s men as Thomas Muller and second-half substitute Philippe Coutinho both found the target twice while Ivan Perisic, Serge Gnabry, Joshua Kimmich, Rober Lewandowski scored a goal each for the Bundesliga champions.

The triumph propelled Bayern Munich to the semi-final stage and would face the winner between Manchester City and Lyon, however, the margin of goals conceded by Barcelona – five-time Champions League winners – left fans embarrassed.

even Real Madrid got sent out in peace, but Barcelona in pieces #FCBFCB pic.twitter.com/kh5u5elZK0

I really feel sorry for the fellow handling this account. #FCBFCB pic.twitter.com/1blr7leOi5

How can you score 4 goals in each half, Bayern una no dey fear God…shebi na big team to another big team, I will not check the TL.😕😢😢😢#FCBFCB pic.twitter.com/aOHaQgz28f

The moment you staked Barcelona win and over 2.5 against bayern. Then you decided to check scores during the 88th minute #FCBFCB pic.twitter.com/mGJjlLefJZ

I’ll would definitely 8-2 be a Barca fan now with what Bayern has done to them #FCBFCB pic.twitter.com/MLt03V9Qwa

When you realize there is no home and away and you’re going home🤣🤣🤣 #FCBFCB pic.twitter.com/hwy4d2zyBo

It’s paining me that Messi didn’t play this match day cos of injury ,if not Barcelona would have won #FCBFCB

“I’ve spent 16 wonderful years with Barcelona and I can’t trade the love I have for this team with anything. I 8-2 say this but I hereby retire from club football.” #FCBFCB #BarcaBayern
Yours Truly,
Lionel Messi. pic.twitter.com/jeN1NO4HPA

Let’s settle this for once.
Like for Lingard.
Retweet for Argentine Yussouf Mulumbu Messi. #FCBFCB pic.twitter.com/Km1i1z9IIZ

Worst part is that Barcelona paid £140m for coutinho to come on as a sub, assist and score 2, I repeat 2 against them. 😂 What a show. Correct endorsement deal 😁#BarcaBayern#FCBFCB where was Messi sef pic.twitter.com/G3Cmw4mHgb

In case you missed the Barca vs Bayern match.. Here’s the full highlight 😂😂😂#BarcaBayern #FCBFCBpic.twitter.com/iNWwxIcVtk

#FCBFCB
Reporter: Mr Messi, will you be continuing with Barcelona next season?

If I didn’t watch this match, what football story do you expect me to tell my kids?? At least my uncles told me India beat Nigeria 99-1… Nah my own story be this😂😂😂😂😂#FCBFCB Bayern Coutinho Thiago Messi Barca pic.twitter.com/tKXjY1i34G